I found this fun little Caframo fan at Value Village for a couple of bucks. On a whim I decided to buy it.
Despite its small size, it pushes a significant amount of air, and its quirky triangular stand is appealing to me. 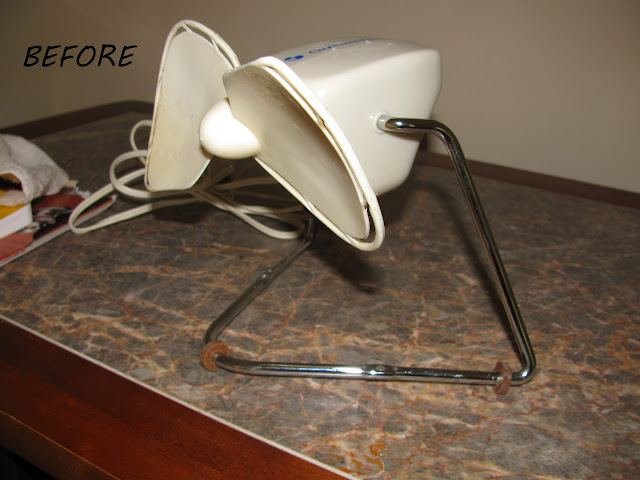 Upon getting it home, I realized that it has an un-polarized plug on it. That tells me that it has a little bit of age to it. Since I find history of things very interesting, I started googling Caframo and their products. This is what I know: Caframo started in 1955 and are Canadian. 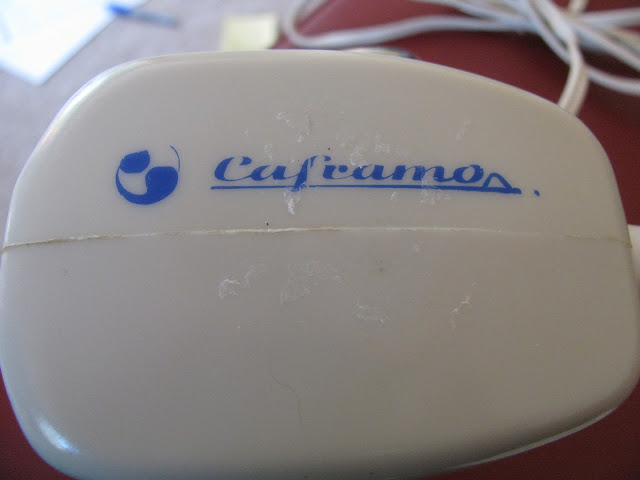 Going Back To My Childhood 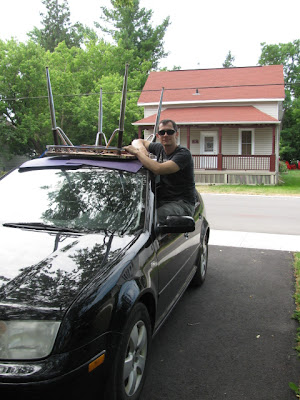 We were in an antique shop in July, and came across an old Arborite (or Formica?) table - 1950s.

Never in a million years would I have believed that I would deliberately BUY an Arborite table, but I gotta tell ya, this is the SEXIEST one I have ever seen.
Even my husband liked it!

So after managing to get it home on the roof of the Jetta, we set it up in the dining room, however, I suspect it will end up in the kitchen.


Here is the table in its original form, no polishing, no cleaning... and I guess THAT is why these table stand the test of time!

I found this little gem at my favorite second-hand furniture shop for $8. The shop is a little out of the way, but they often have some really great items. If you like something, however, you have to buy it on the spot, lest it get taken away by someone else. 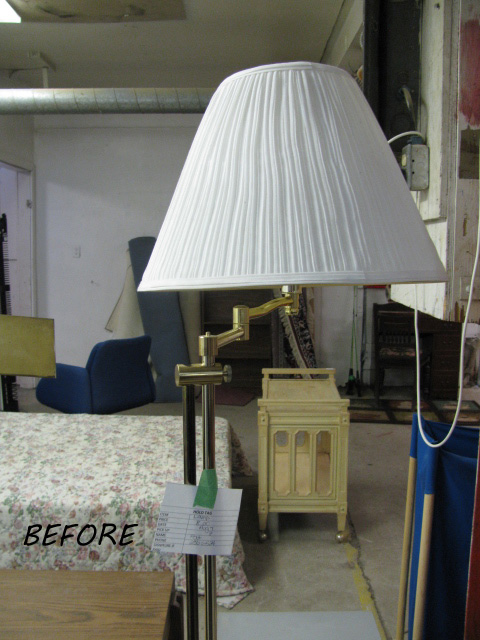 As a designer, I can tell you that floor plans and space planning is one of my favorite things.
That is exactly why I am so excited to stumble across Iñaki Aliste Lizarralde's webpage.
He has drawn the floor plans based on what you can see in popular sitcoms. 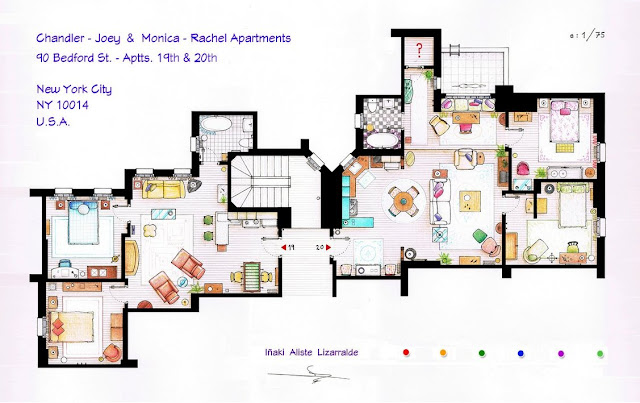 Then there is Frasier, of about the same era: 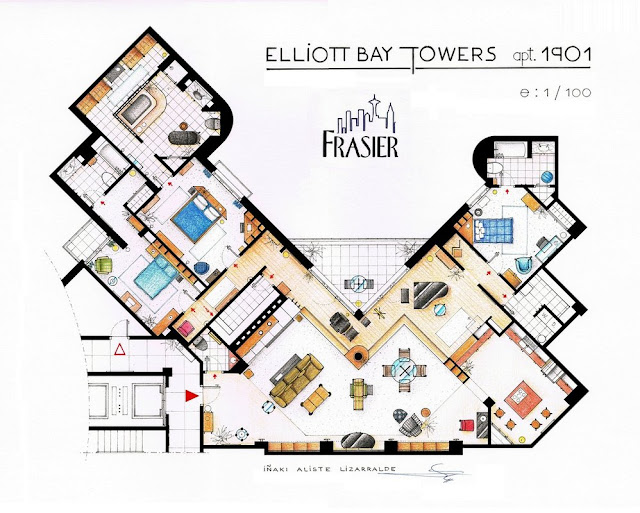 What to do with pine needles?

As previously mentioned, I live in a 128 year old home. The great thing about an old house is that they come with mature trees. One of those trees, however, distributes needles all over my deck and patio. Not that either are in great condition, but everyone wants their space to look as good as it can, right?

So here I am, sweeping up needles, to the point where I end up with an entire bin of them. 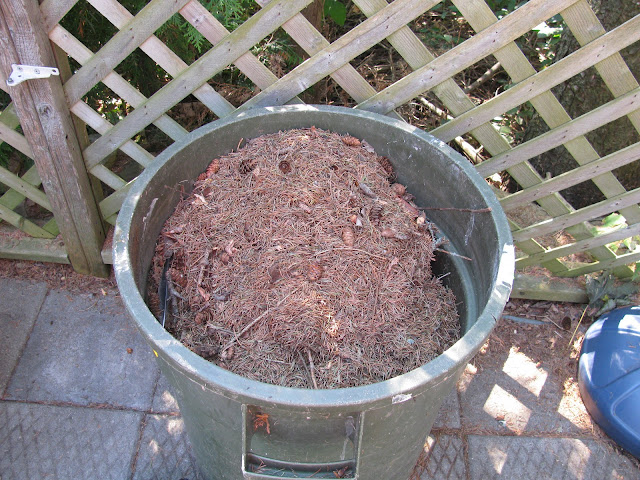 I started to wonder what I could possibly do with them.
To the Google machine!!

I really need a place to put all of my sewing supplies, especially if I am going to continue to re-upholster furniture.

Enter this mid-century modern credenza that I found at a second-hand furniture store for $10. 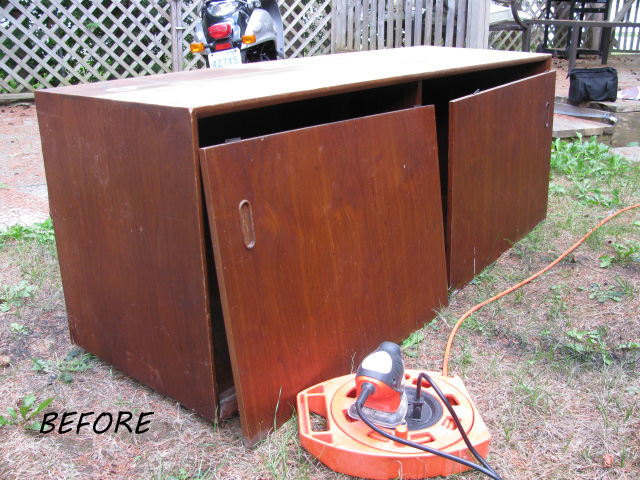 It was functionally, fantastic.
Aesthetically, however, it needed some serious work.
The top had some bad staining, as did the inside. 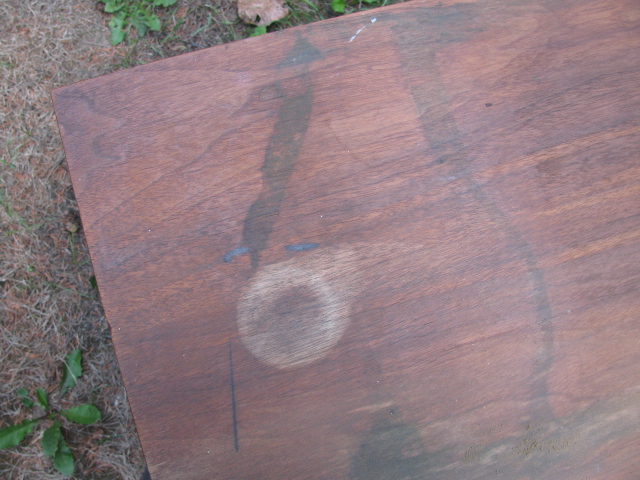 As such, the cabinet and doors needed to be sanded.

Our neighbour put this and several other pieces of furniture out on the curb back in July.
My husband, who has been looking for a good chair to sit in for reading, thought this would be a great addition to our house.

I had to agree; I mean it was clean, in good shape, and definitely had potential. Heck, it even had the colour green, which is the colour accent we will be using in the room that this will be going in. 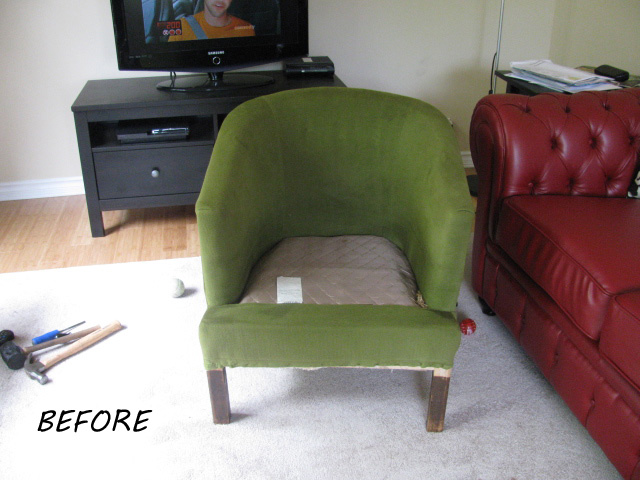 As soon as we brought it home, we pulled the skirt off of it to give it an instant modernization and clean look.

I am officially a dumpster diver!
Okay, so no dumpster was actually involved, but I did find these in front of a neighbour's house.
They were going to throw them out after saving them from an old hotel that was closing.
Unfortunately, the guy saved them, only to have them be left outside for a year.

I am excited to see what I can do with them. 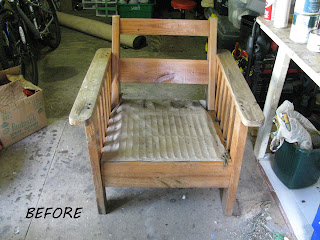 This one is from around the 1930s.
It would have had a seat cushion and a back cushion, originally.

The wood is in great shape despite weathering the storm.

There are still original springs, also in fantastic condition, that will not only keep the new cushion in place but also make the chair comfortable. 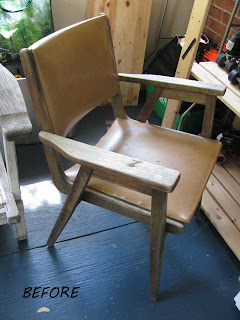 Should be a fairly simple restoration.

The wood is a bit more weathered than the previous piece, but perhaps with a little sanding, I will be able to re-stain it back to its former glory 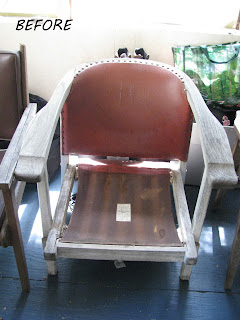 The seat cushion is missing. I mean, the cushion was there, but it was so water-logged and heavy, that we didn't want to put it in the car.
Plus, it had a bit of weeds growing out of it...

The wood (again) is a bit worse for wear, but we will see what can be done about that. If it comes down to it, it can be painted and turned into a real bold, dynamic piece. 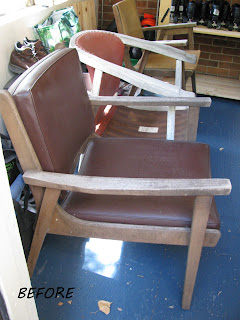 The pièce de résistance is this last one.

It is mid-century modern.
Probably in the best shape out of the four.
The wood can easily be restored, the upholstery project will be the most difficult than the others, but will probably be the most rewarding.

I am so excited about these finds. I cannot wait to see what I can do with them.

I also have a chair that we found in the attic. It has already been assembled and painted, but until I find foam for the cushion, it as yet to be blogged about.
Stay tuned!

I found two Mart Stam chairs randomly at a second hand furniture store. The owner didn't seem to know what he had, so I scooped them up for cheap. 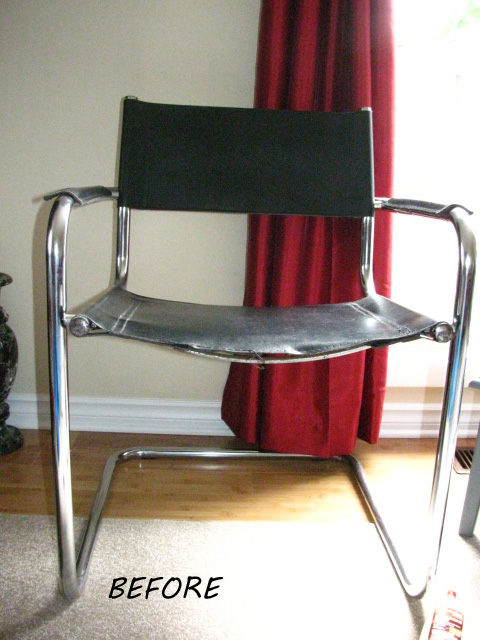 My first project is a beat up ottoman that I picked up at VV Boutique for $5. 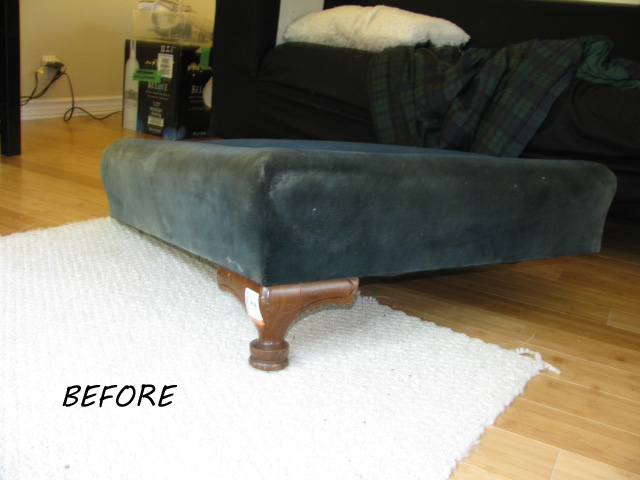 As you can see it was stained, it was dated, and it just really needed some love.

As the owners of a new house (and a 128 year old one at that) we have found that we do not have nearly enough furniture to furnish our 2 extra bedrooms, extra dining room, and extra living room. Wow. Living in a condo meant we had very little furniture, which worked great at the time.

I hope this blog will a) be easy for our parents to navigate to see all of the changes we make, as we make them; b) be inspiration to anyone else looking to do some DIY projects; and c) get my husband off my back... he's been asking me to make a blog for months now. LOL It is nice that he is proud of my efforts. 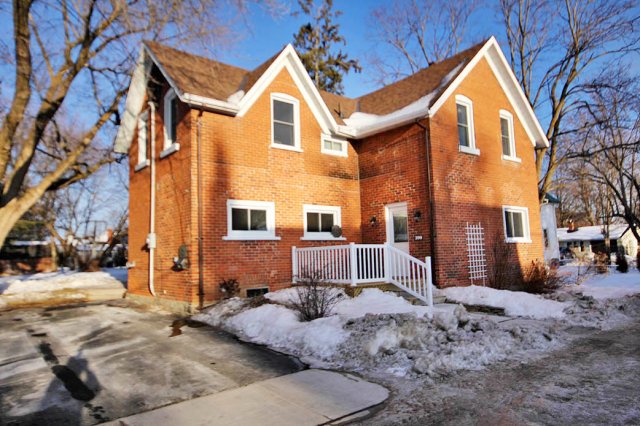