Okay, as you know from yesterday's post photos, I went to the McHaffie Flea Market in Morrisburg yesterday. As promised, here is what I actually brought home: 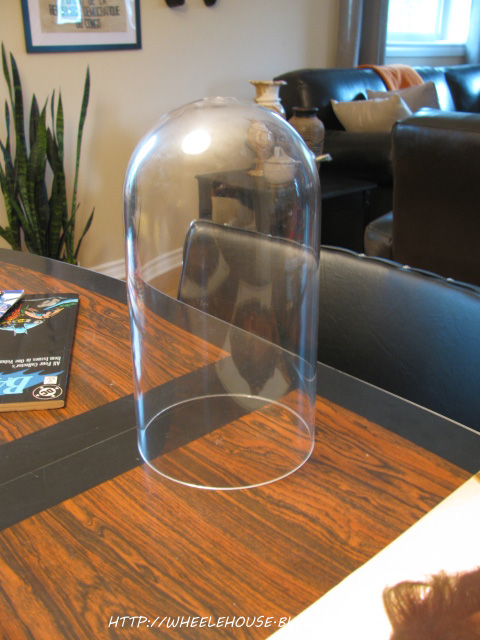 Lets start with the usual... I am always looking for a good cloche.... and, I found one.
I have big plans for this that include Jay & Silent Bob... more on that later. $3. 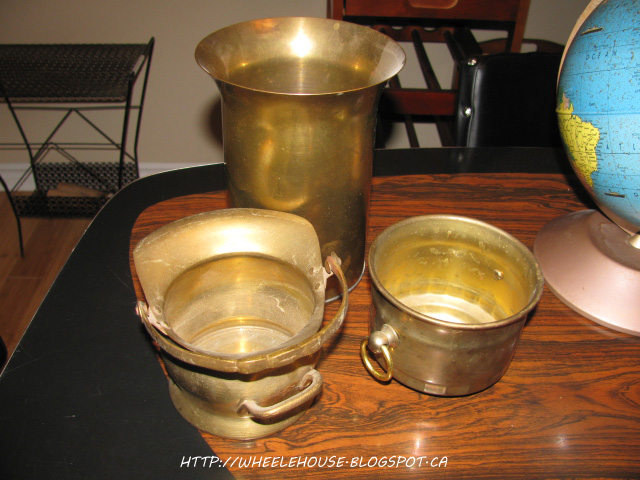 I have developed a small crush on copper pots since my find of these ones I found a while back. $10. 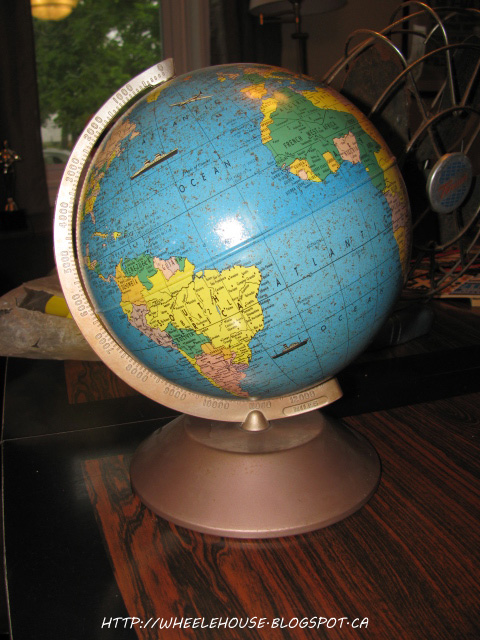 I got another globe; dude wanted $15, I paid $10. I don't think I will do anything fun like the Death Star one I did, because it has these cool ships and planes on it that I like a lot. 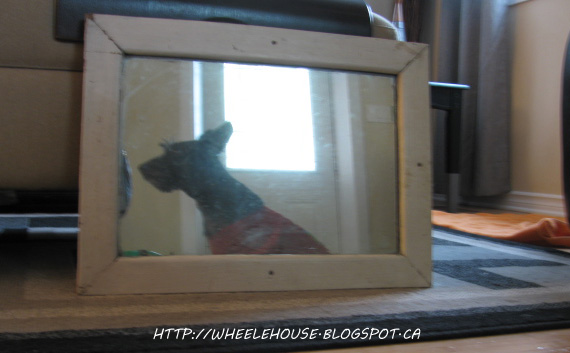 This leaded-glass mirror is awesome - and heavy - which is surprising given its 12" x 15" size. It needs a good cleaning, then I will figure out what to do with it. $5. 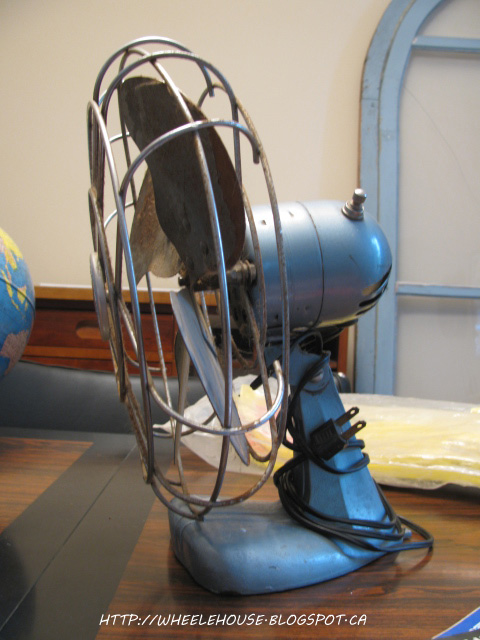 I couldn't afford the fan from last post, but I could this one. Haggled the lady down to 12 bucks. It really needs a good cleaning. As you know, I like fans. 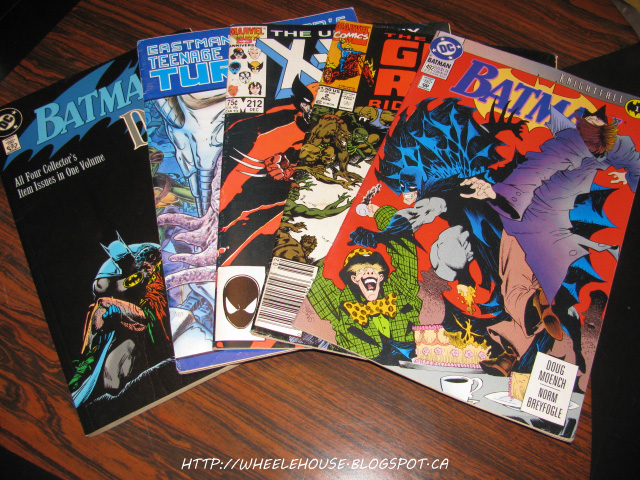 Switching gears to my Hubby for a second...
He got comics; no surprise there. :) 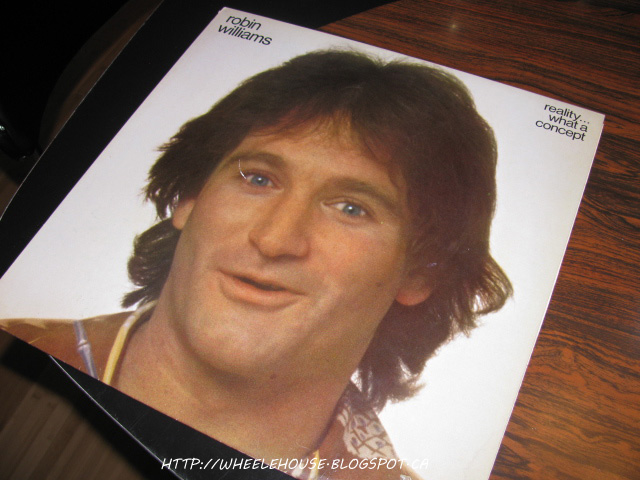 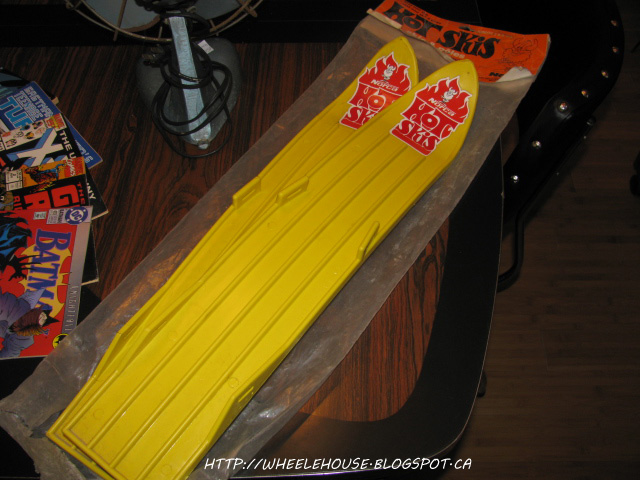 AND he bought Hot Skis. The lady said $5, and Hubby said, "how about $10".
He doesn't do this haggling thing often. Luckily, he only paid the $5. Priceless, when you think of the sentimental value of them - he and his brother would use a hot ski each to get down the two roads to their bus stop in the morning as kids. 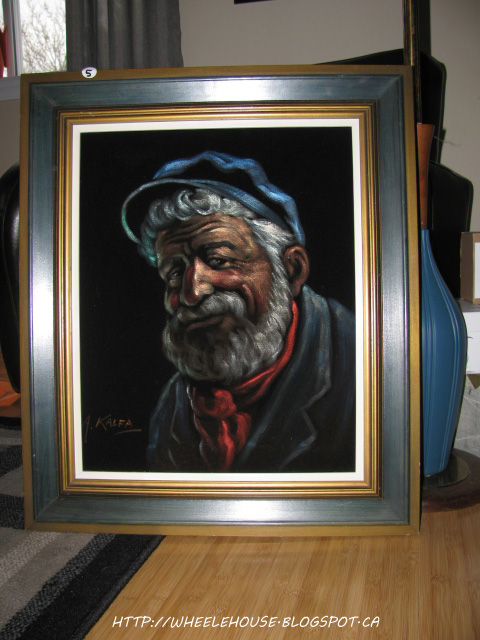 *TREND ALERT*
Velvet portraiture!
Right?
BAHAHAHA, I know, I know... but there is something I just couldn't resist about this velvet painting. $5. 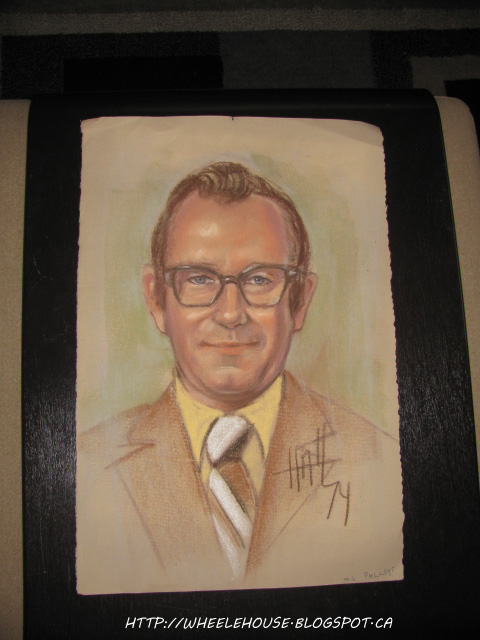 AND finally, Uncle Bob.
This was the score of the day.
I found it in a milk crate full of frames and asked the lady how much she was asking.
For me, free. WHAT? Awesome-sauce. Apparently, someone only wanted the frame around it, and was likely going to throw out the pastel. The vendor kept it thinking someone would want it. That someone, was me.
Posted by Pat Wheele at 7:37 am