I am a big fan of embracing the things you love, and displaying them prominently. That is certainly the case for Hubby's office. As an IT guy, he has a lot of visual clutter in the form of electronics, and so his office falls a little on the bland side. For anyone who knows my Hubby, you know that he is anything but bland.

So, with that in mind, I took some of his fun comic book posters and framed them. After this weekend's Ottawa Comicon (at which we both had a great time) I thought this a timely post. 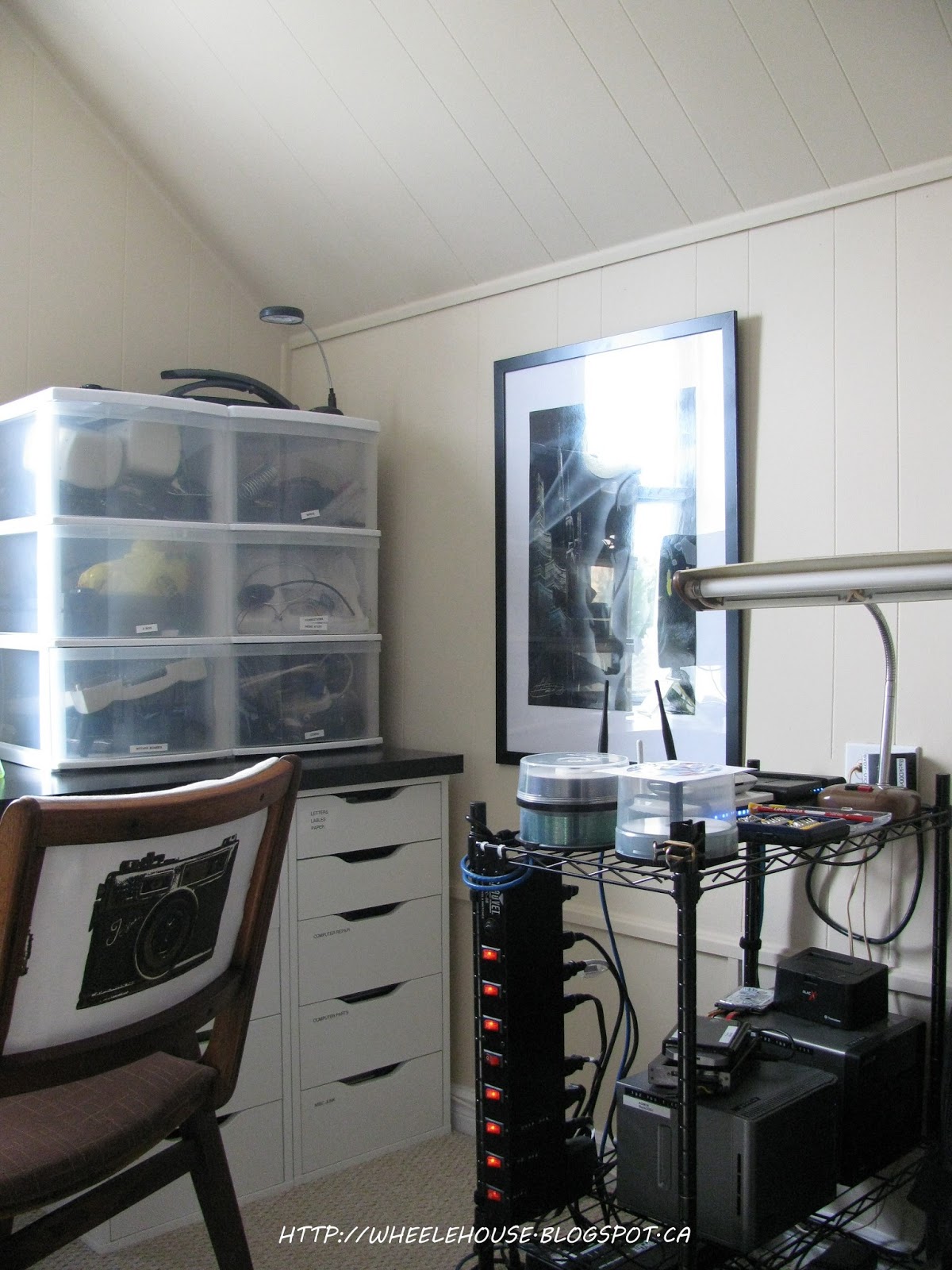 As you can see, the office practically runs as a server room.


Since that side of the room has the most visual clutter, I focused on only one piece of artwork - a fun Batman print that his Mom just sent him from Vegas. 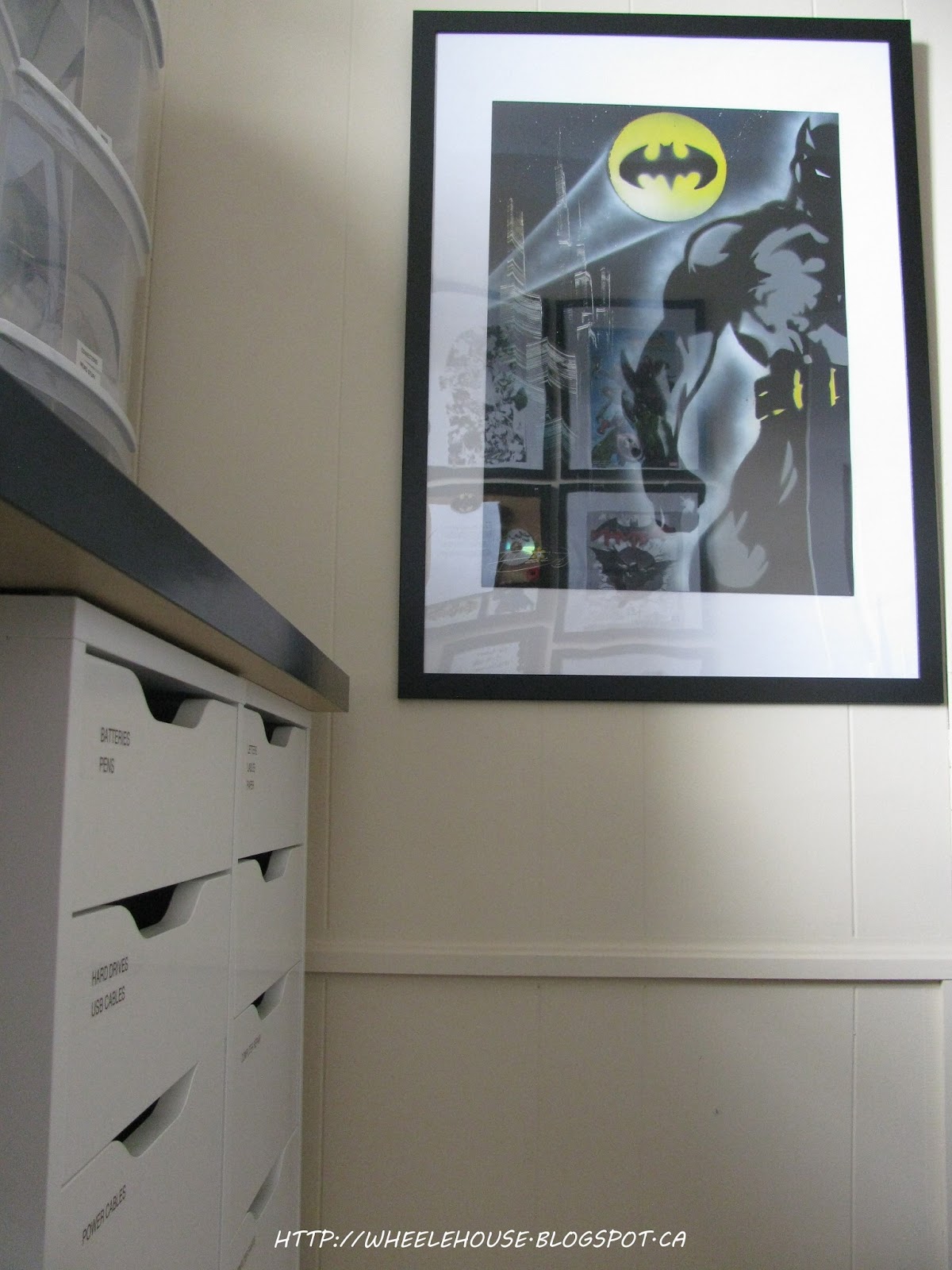 Hubby likes to be organized, so his desk drawers are all labelled for ease of location. 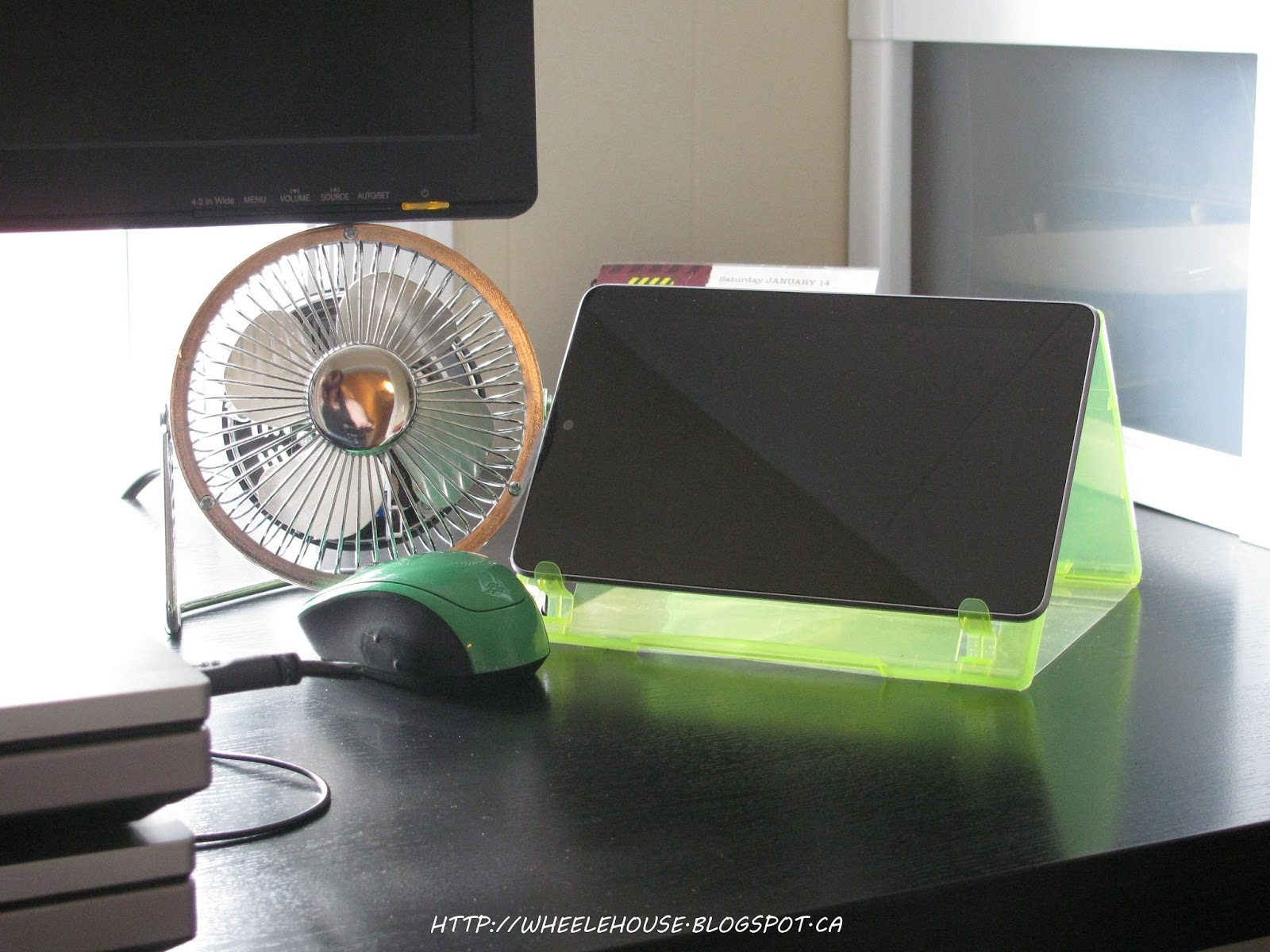 Also, Hubby is quite brilliant. When I bought him this Nexus 7 tablet for his birthday last November, he immediately found this DVD/Game case that perfectly serves as his holder - A fact I had completely forgotten about until I went to photograph his office. 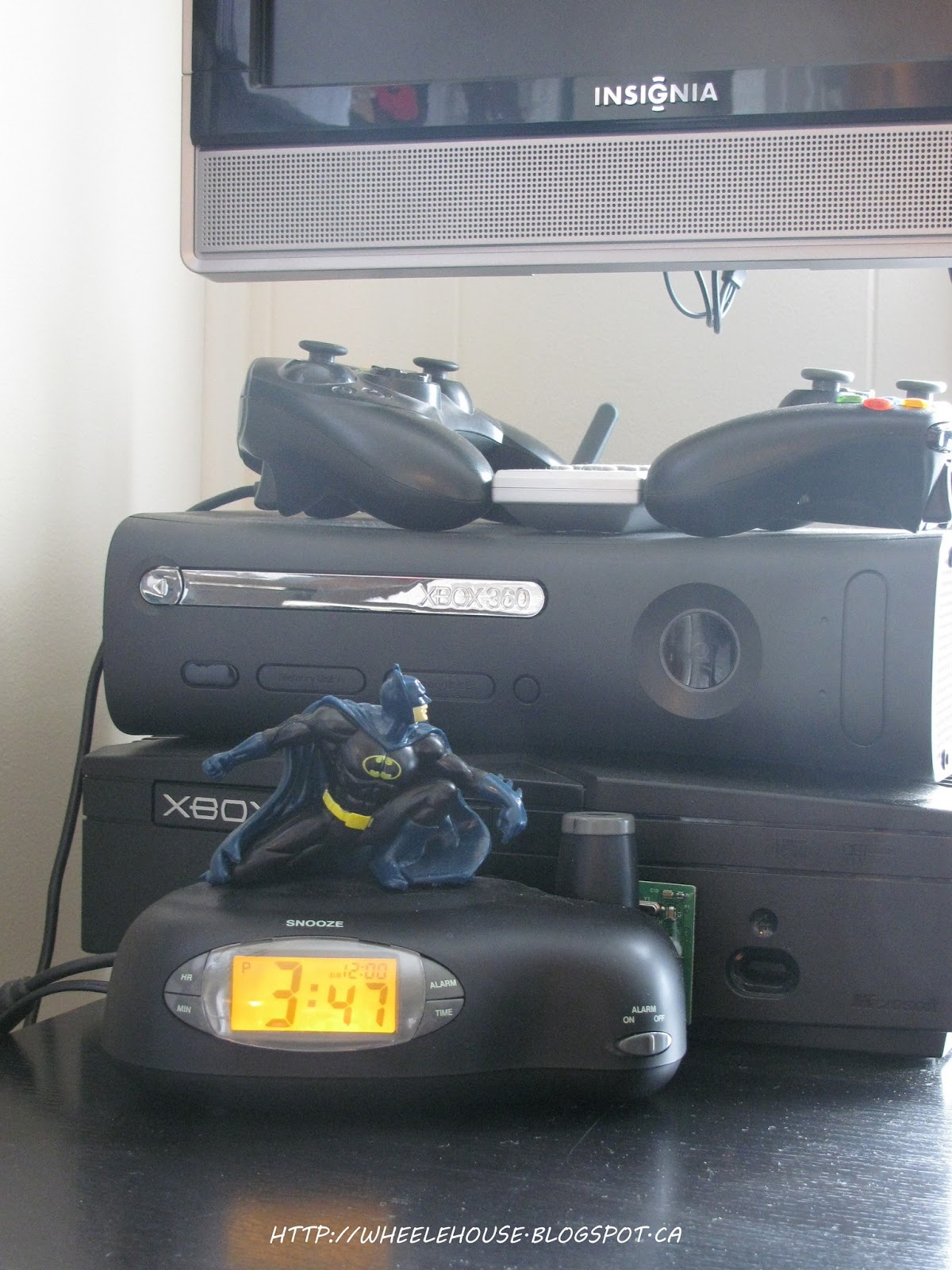 I don't know if you are noticing a theme here or not.... He may or may not like Batman. I will let you decide. Also, it may come up again in a future post and at an unexpected location... 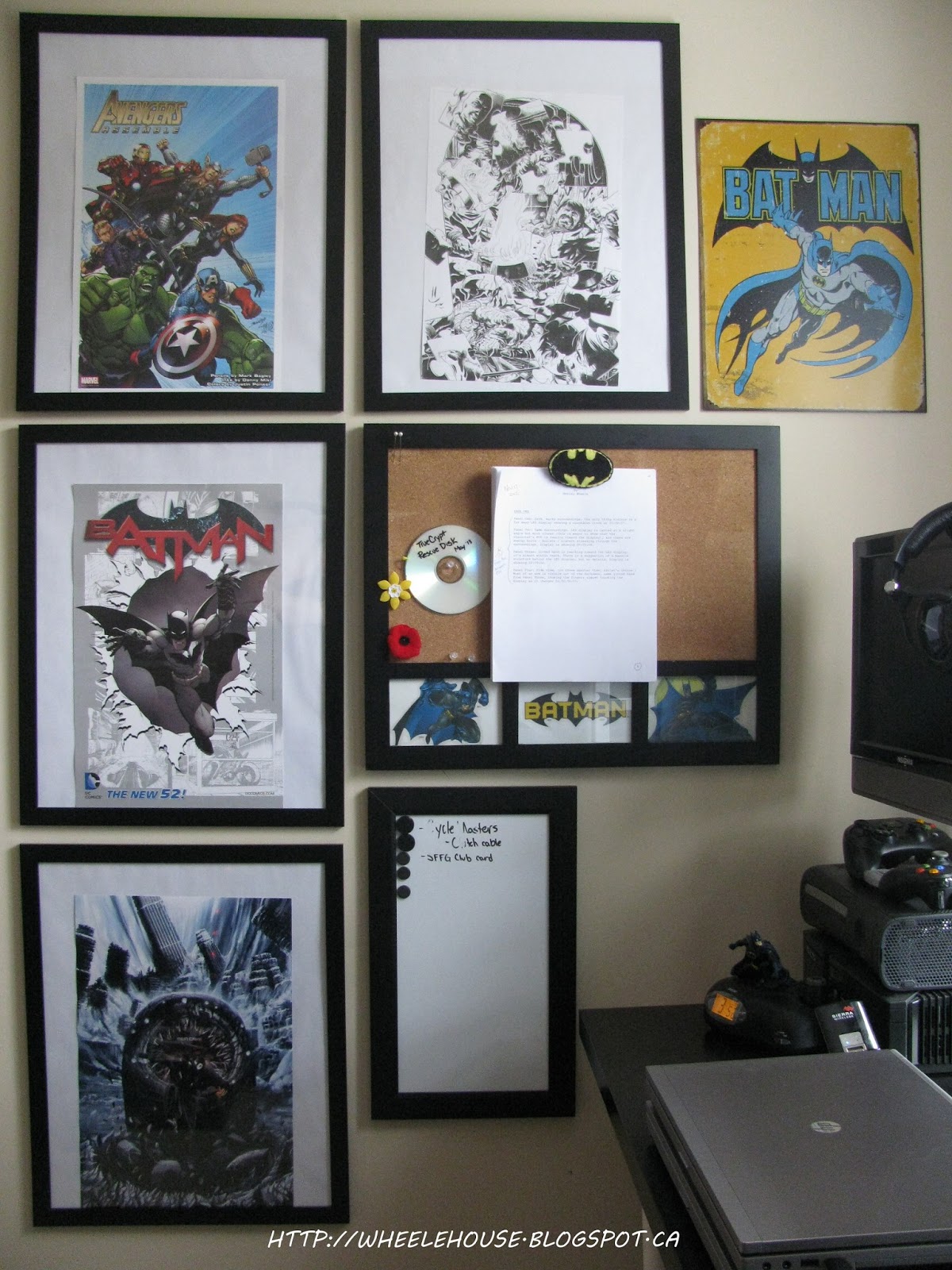 A bit of an awkward photo to take... also, 'awkward' is an awkward word to write... don't ya think? 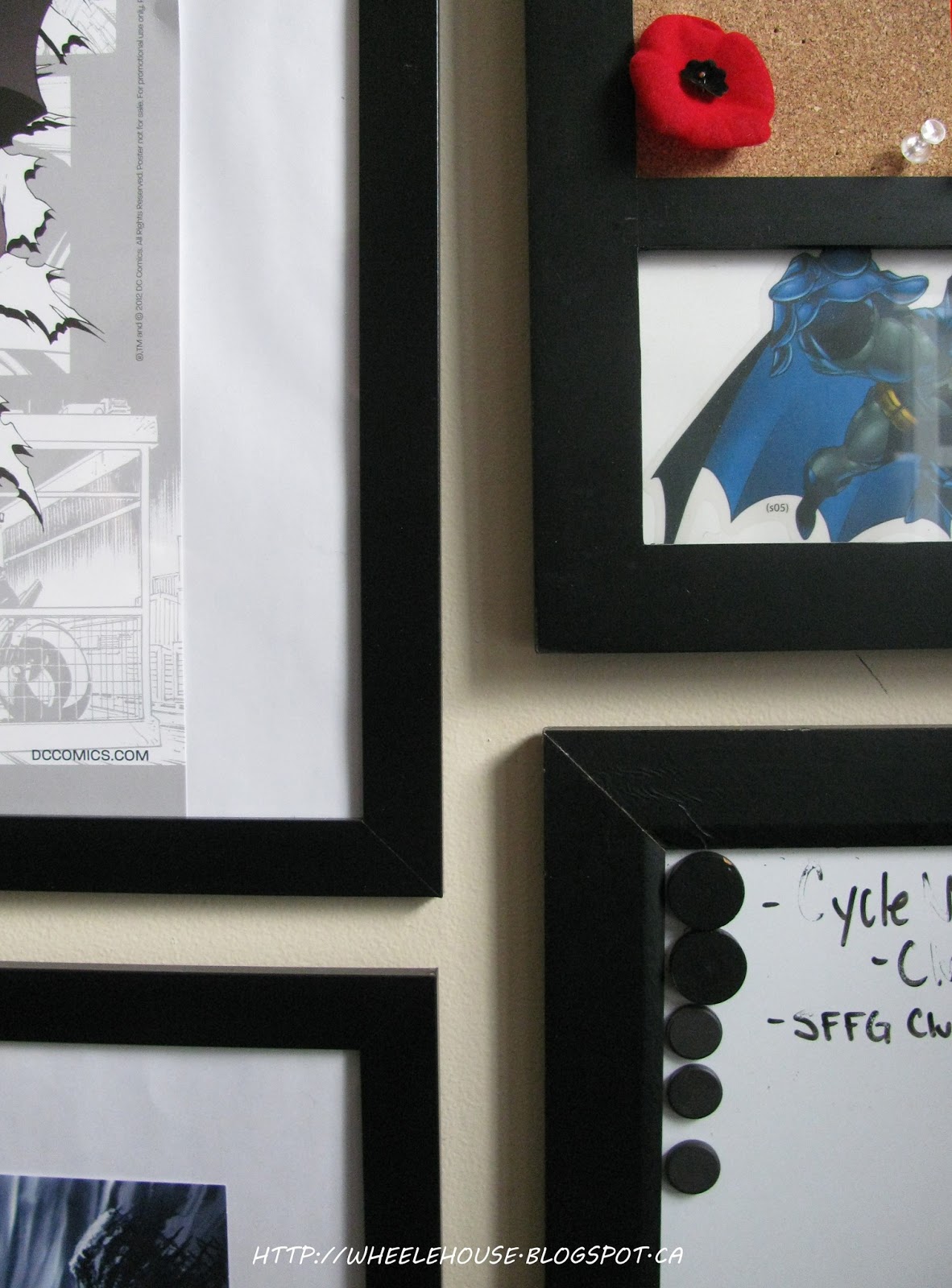 I just like intersections - hence this close-up. Note the poppy - one thing Hubby always has - as a tribute to his Grandfather. 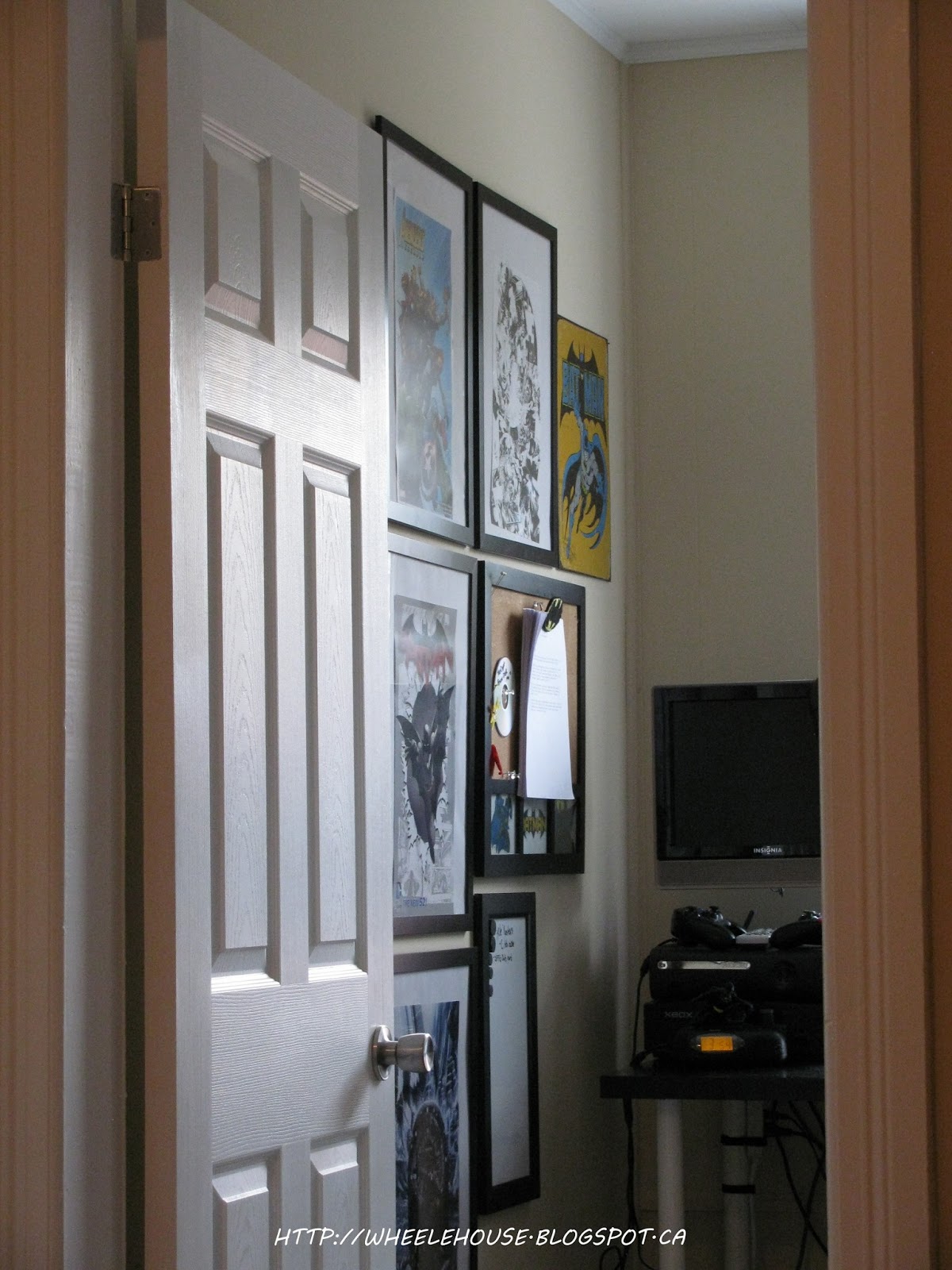 Finally, a view from the upstairs hall... bye bye office. I will come and see you in another 6 months. Perhaps after I finally find a head to display that batman mask we have...