If you are staying current with the blog, you know that the road to the shower room makeover hasn't necessarily been a smooth one. Click here to see what we had to do. 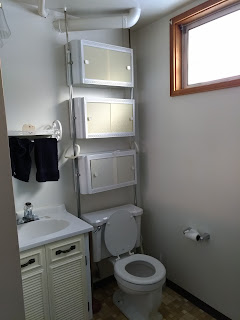 Previously, the all white shower room had a very dated floor and exposed plumbing.
Now, freshly painted, the toilet no longer leaks, and we've made the plumbing less noticeable.
All of this on next to no budget. 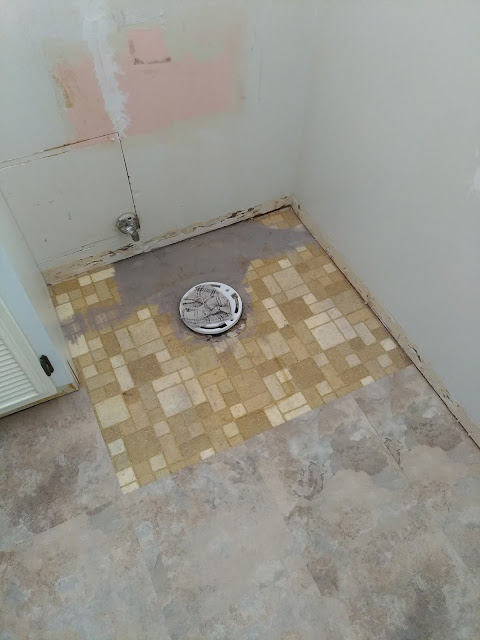 So in the last post, we left off with the new flange going on. The problem with that is that the flange does not sit flush with the floor. In fact, even the previous cast iron one did not, which might account for the ongoing moisture issues. 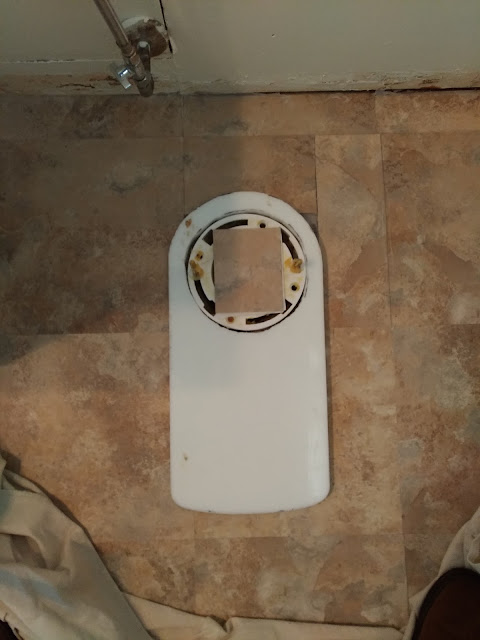 Because we are going to eventually build a subfloor, cutting the drain pipe does not make any sense. To get around this challenge we bought a piece of HPDE (the same thing cutting boards are made out of) and cut it to the size of the bottom of the toilet. 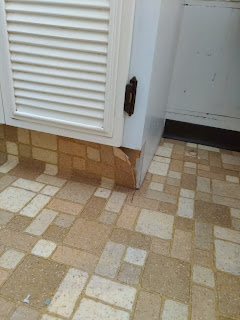 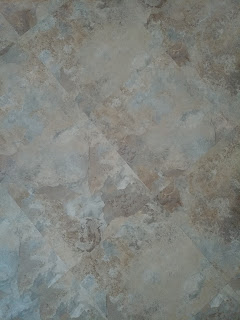 The original flooring was really dated and for some reason they installed it on to the cabinet as well - this is a phenomenon found throughout the house. We chose a neutral greige laminate floor tile from Home Depot for $40. What a difference already. 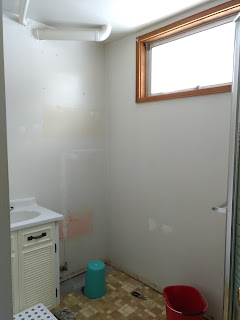 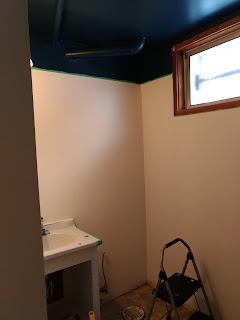 The walls were in dire need of patching. There were many cracks and holes from previous screws or nails. After sanding, I taped off the walls to be in line with the top of the door frame. Dark colours allow undesirable items to recede and become less noticeable. 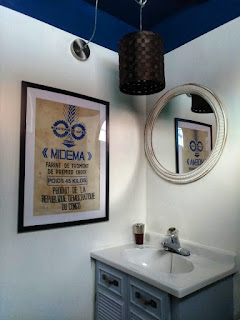 The next item to tackle was the positioning of the lighting and the mirror. It is so strange to wash your hands and have to look left to see yourself. We removed the frameless mirror and replaced the light fixture with a pendant style that will work temporarily; until we can have the electrical moved properly. Thanks hubby for installing the light for me.

Next, my favorite little helper and I painted the vanity cabinet and doors. 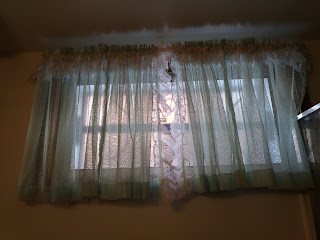 The window had seafoam green, sheer, frilly curtains. In order to increase the light, I removed the curtains and discovered that the window already had privacy film on it. I painted the wood trim white and left it as is. 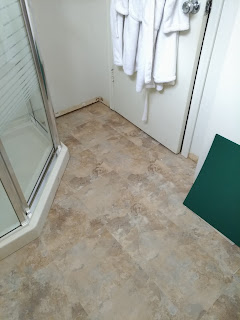 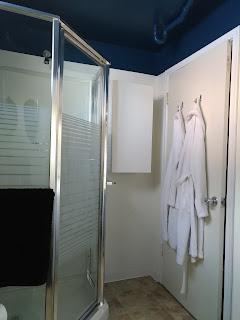 I removed the old dark brown vinyl base and replaced with new white Johnsonite vinyl base that I got at the ReStore for $15/roll. I have much more respect for the professional wall base installers now.
In a previous post, I re-caulked the shower to make it water tight again - see that here. 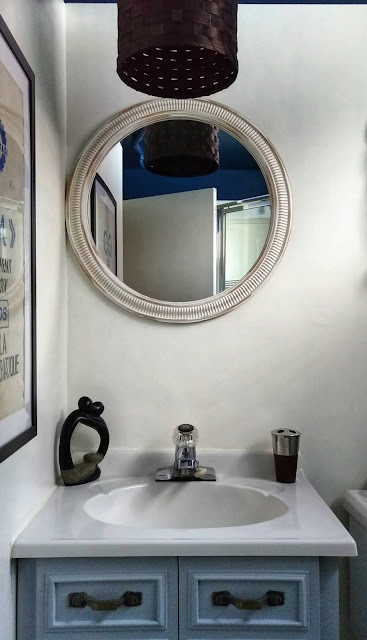 Finally, I added a round mirror that I already had. Oh, and you can better see the $5 Kijiji fixture we found. 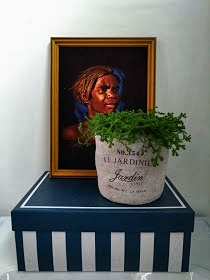 ... Added some artwork and a potted moss, and there you have it! Finished! 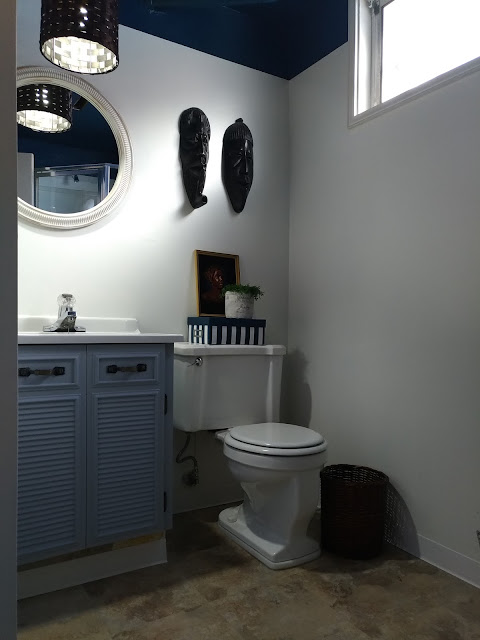 Even in the waning light of late day, it looks quite lovely. Click here to see the rest of the before photos of this 1966 bungalow.
UPDATE to the vanity, Click here!