The downside of living in a time capsule is that the bathroom tile has not been renovated, like ever.
And it is NOT pretty.

BUT, before we can do anything about that, we need to ensure that there is another showering option for when we rip the tile out. 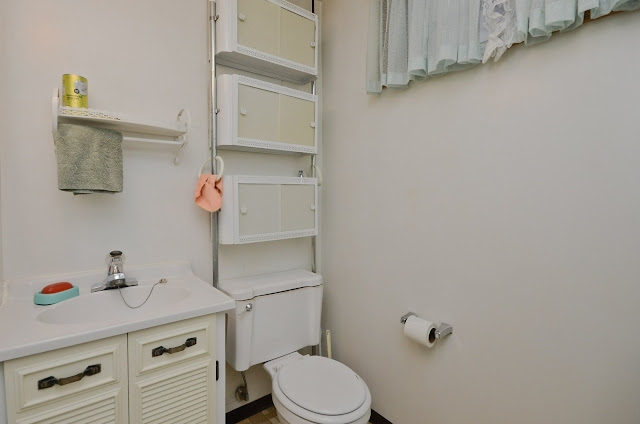 Cue the basement shower room.
It is okay, but again, I think the flooring has been there since the 1970s, but it does have a serviceable shower that is new-ish. 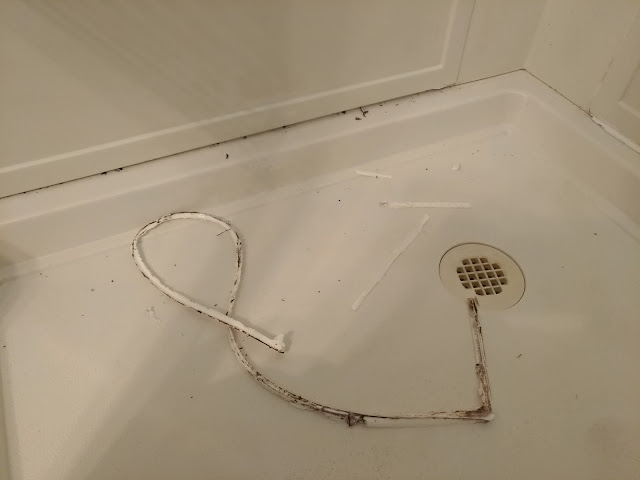 There is just one problem. Whomever did the newest application of caulk did not remove the previous caulk very well. Plus, I don't think they made sure that the shower lip was dry and free of mold. Above is the caulk I just pulled off with very little effort. 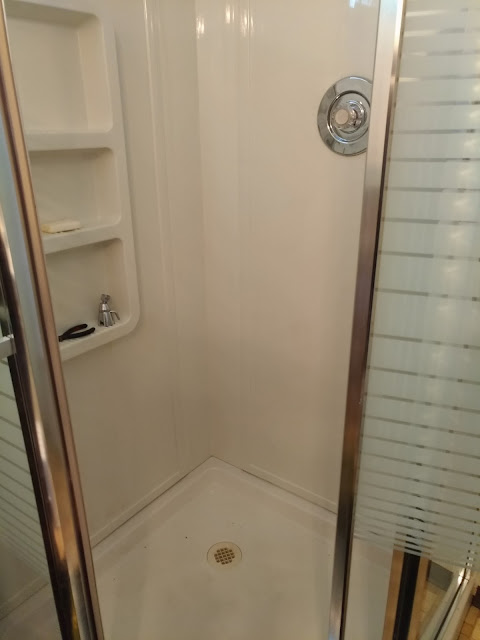 After I removed all of the caulk, and I mean ALL of the caulk, I had an exploratory look behind the shower panels to ensure that there wasn't more mold. A huge sigh of relief... the mold was contained to the lip only.

I then used a chemical caulk remover to remove any residual traces of caulk. 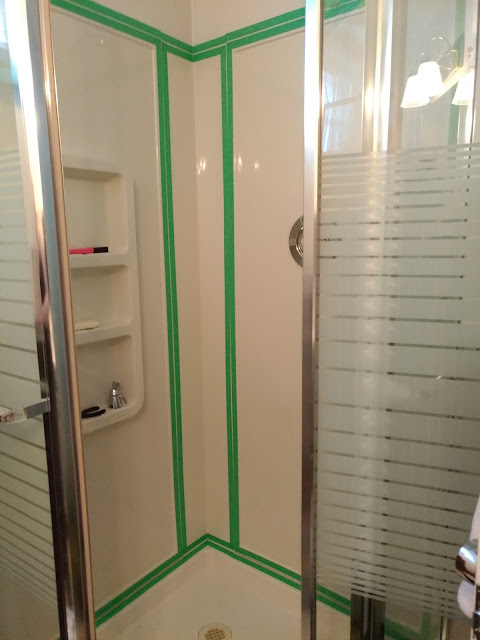 Next, I taped off the caulk locations. 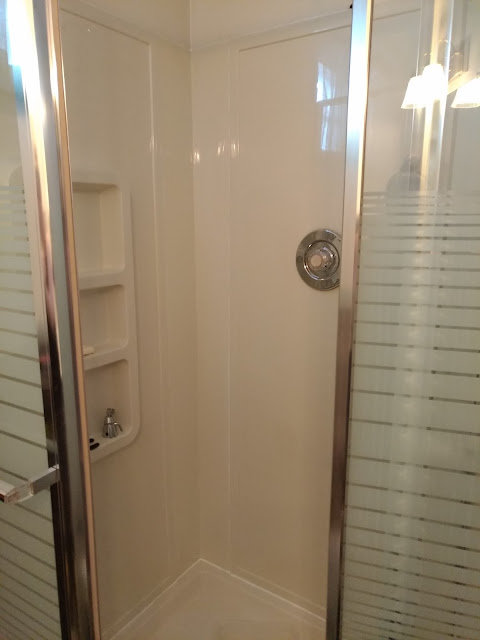 Just a reminder, pull the tape off while the caulk is wet, or it will get messy.
Yep, I didn't get to one section fast enough, and it looked like crap. I had to fix it.

There is so much more to do in this room.
Like... 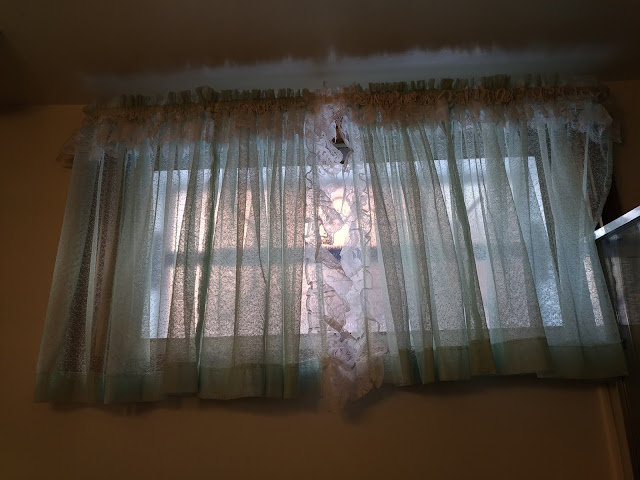 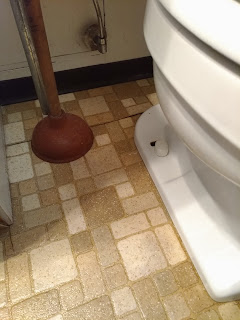 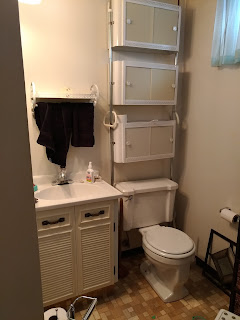 The floors that are peeling up due to moisture, and replace the toilet's wax seal so that there is no moisture. 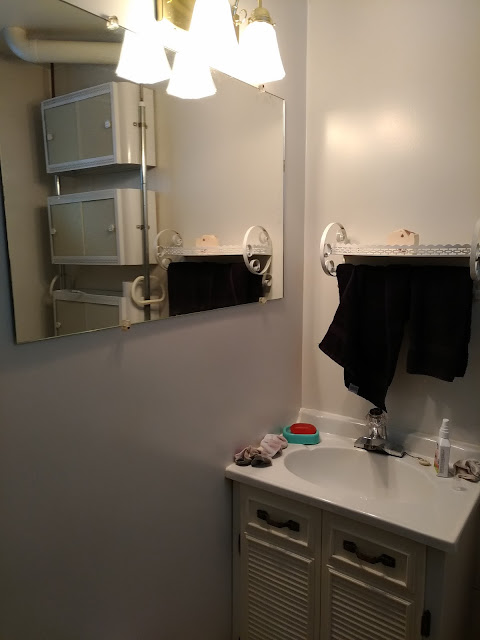 And why in tarnation is the lighting and mirror on a different wall than the sink???
Retch.

This project left my hands full of dried caulk.
Awesome.
I tried the butter and baking soda trick, only, I didn't have butter, so I used margarine.
Yeah. It didn't work. I will try butter next time.