Displaying The Things We Love: Lest We Forget

My husband was given his Grandfather's service medals in this modest brown paper bubble envelope.
In order to keep them protected, he kept them in it.
Knowing how much those medals meant, I decided find a way to display them. 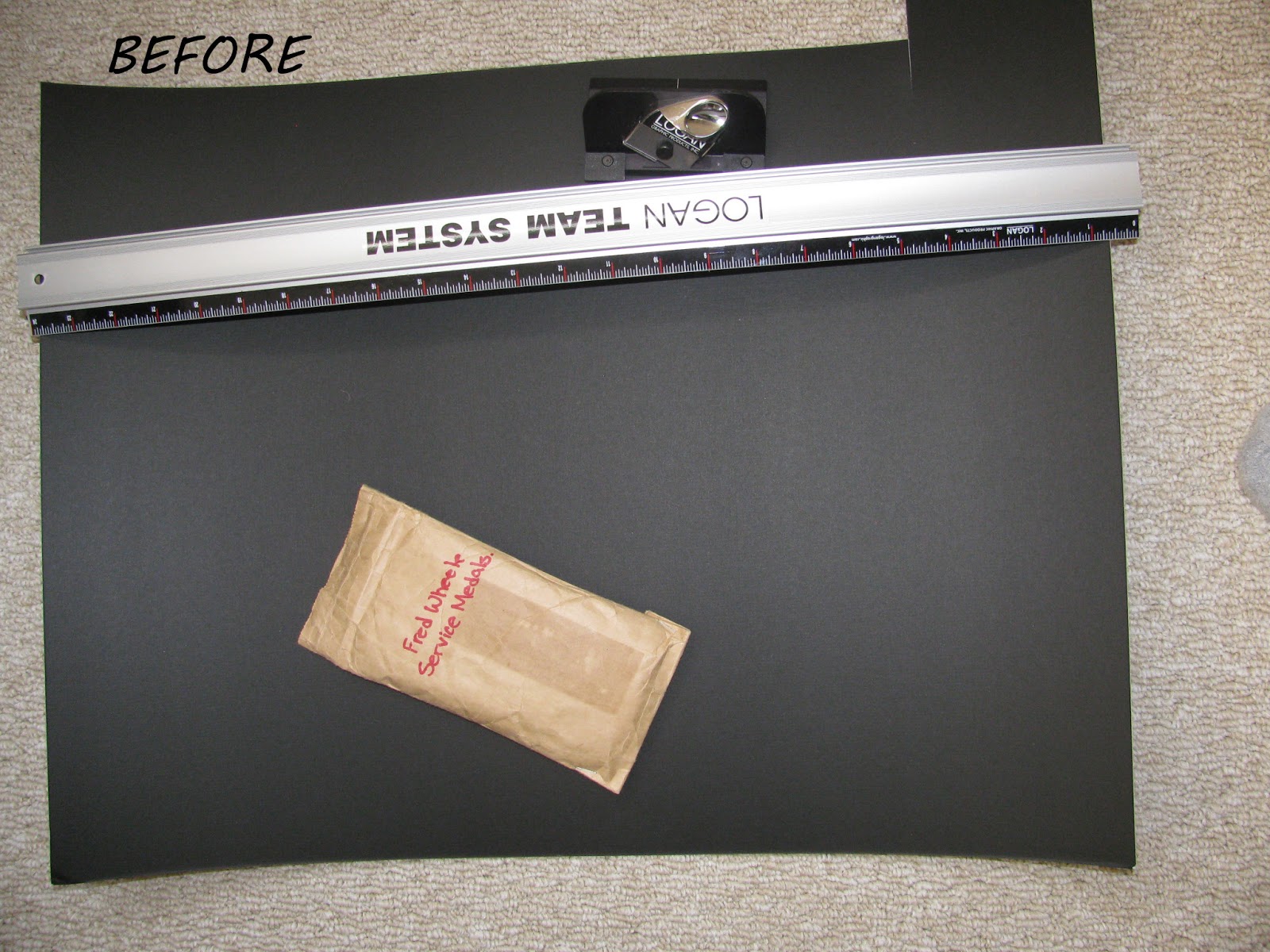 I realized that just displaying the medals alone would be nice, but it would be even more special if I had some photos of his Grandfather to go with it. My first inclination was to call the family, and ask for some old photos, but it was a weekday, and I knew everyone would be at work. In the meantime, I thought I could find some military info on Grandpa Wheele on the internet. 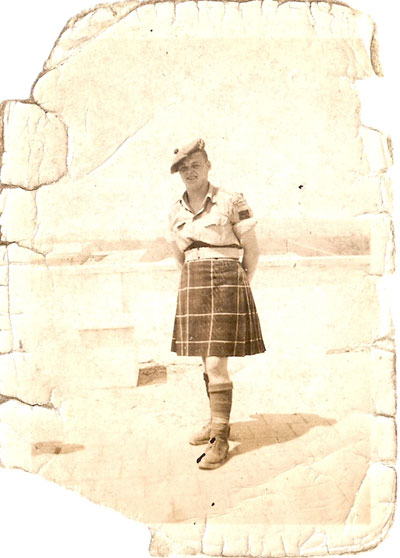 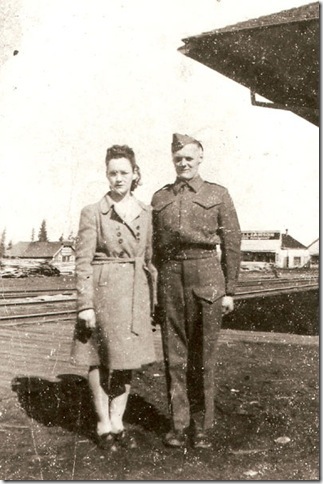 Much to my surprise, I accidentally came across an image that did look like my husband's Grandfather. I clicked on it, and found that it was an Ancestry.com page from a distant relative. I contacted the relative and told him about my project, and he was kind enough to provide me with not only the great photo I found on the internet, but also another photo that most of the family has never seen before. 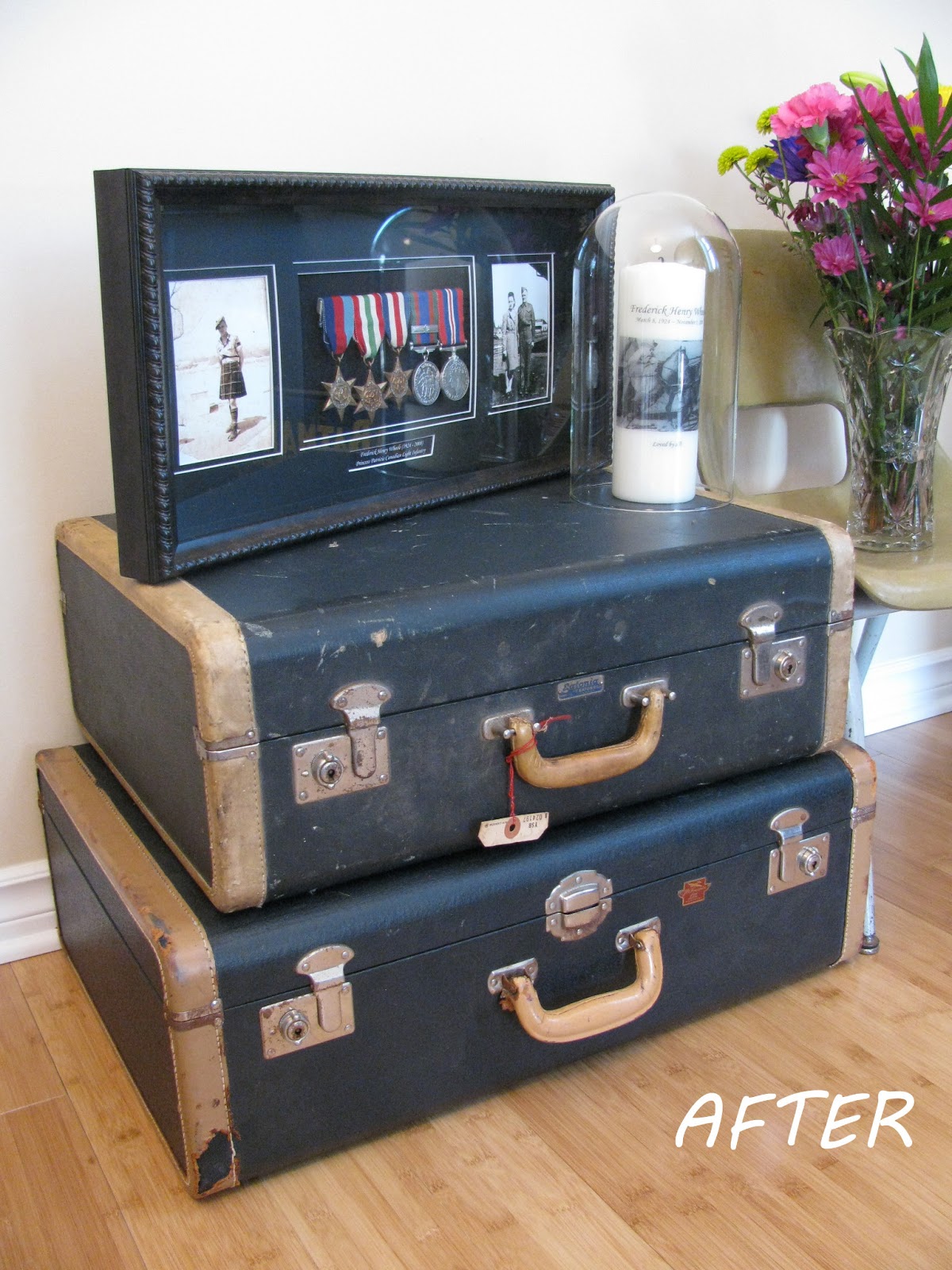 SO...
Using the same mat cutter from this post, and a shadow box I purchased from Michaels, I put together two black mats, cut 1/2" off-set from each other for more impact. I included the medals, the photos, dates and the military unit name in the shadow box. 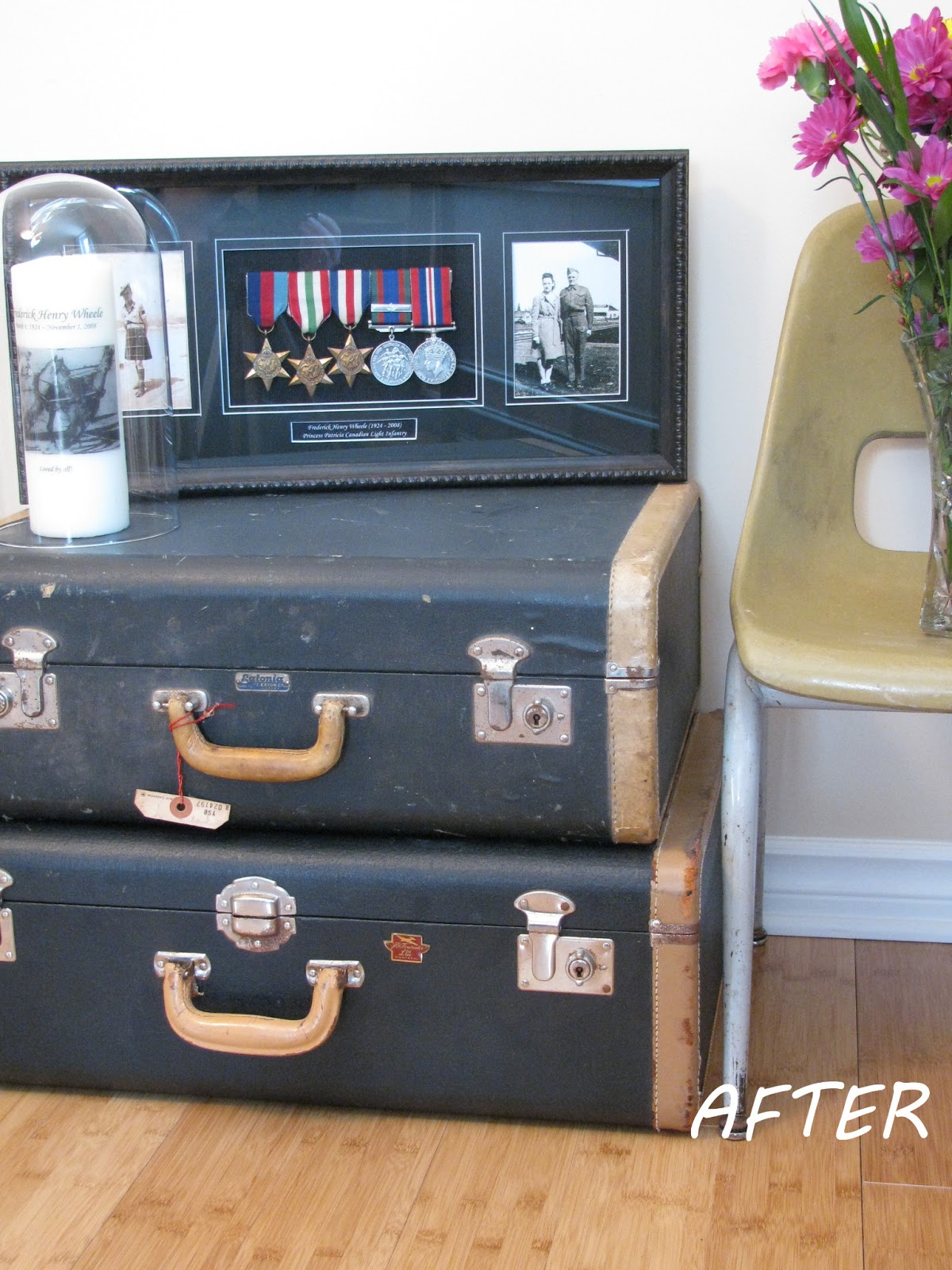 All displayed on two fantastic suitcases. One found in this post. 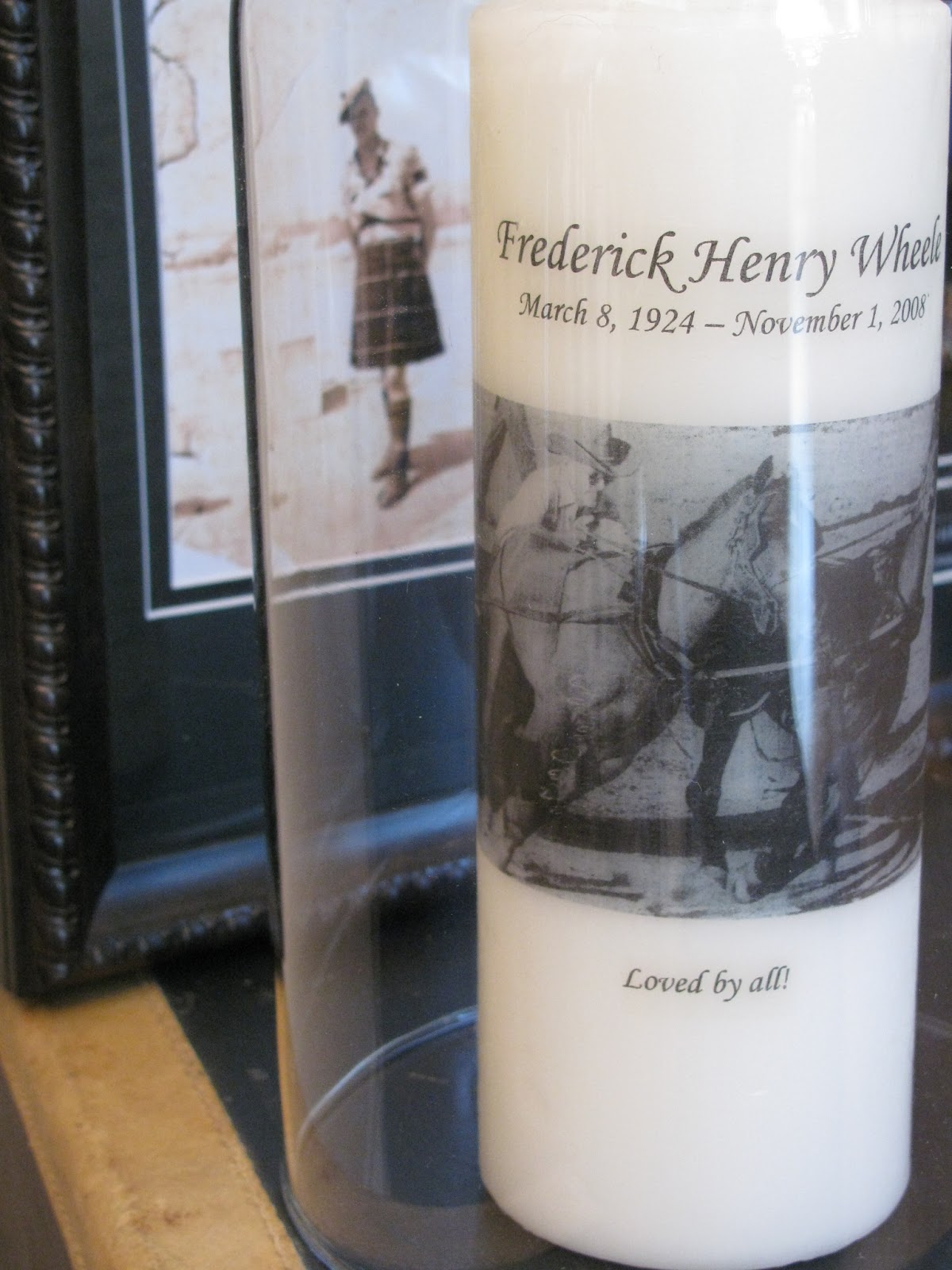 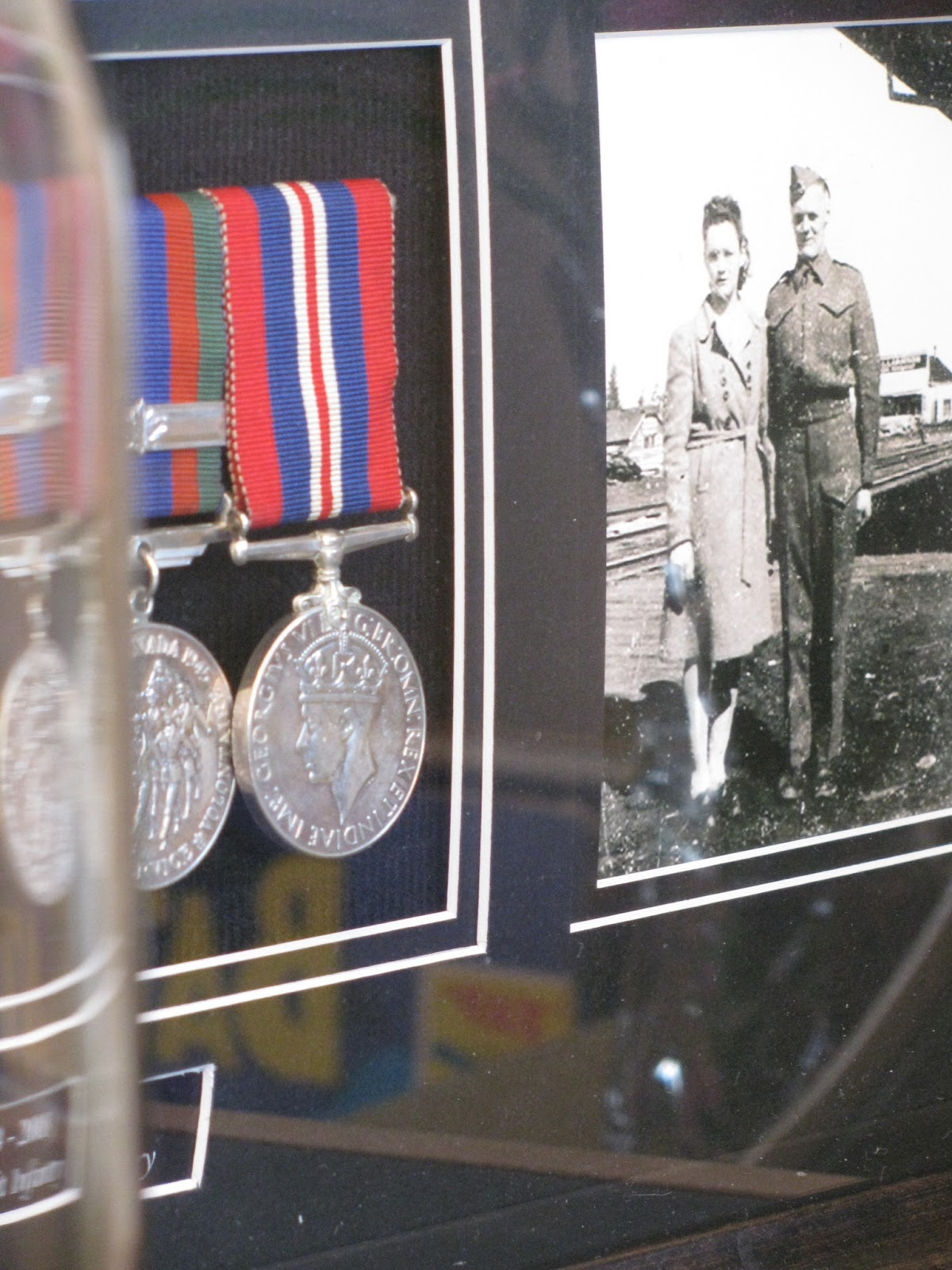 My husband's family made these great candles; as I am a huge fan of the bell jar, I put the candle under it to keep it safe from dust. 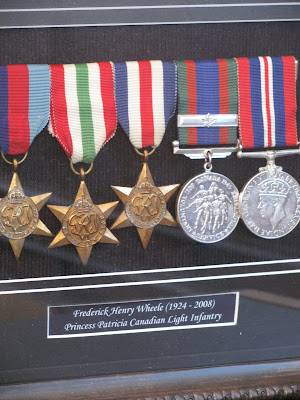