Last year we had a fantastic idea to have a garden box to grow some of our own veggies.
To my mind, it was a great success.

I blogged about it here:
http://wheelehouse.blogspot.ca/2013/06/growin-stuff-garden-box.html 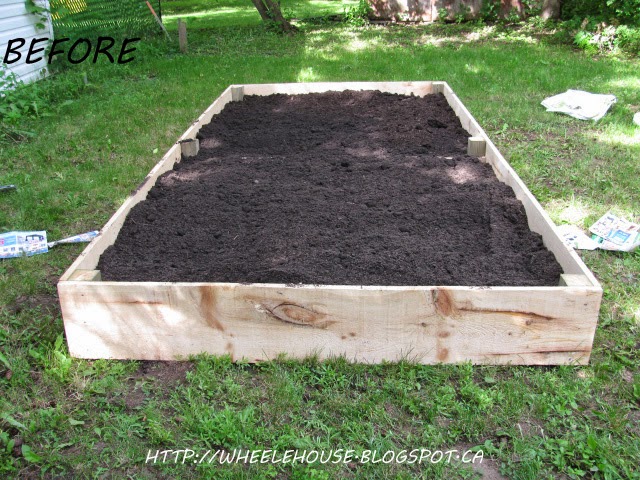 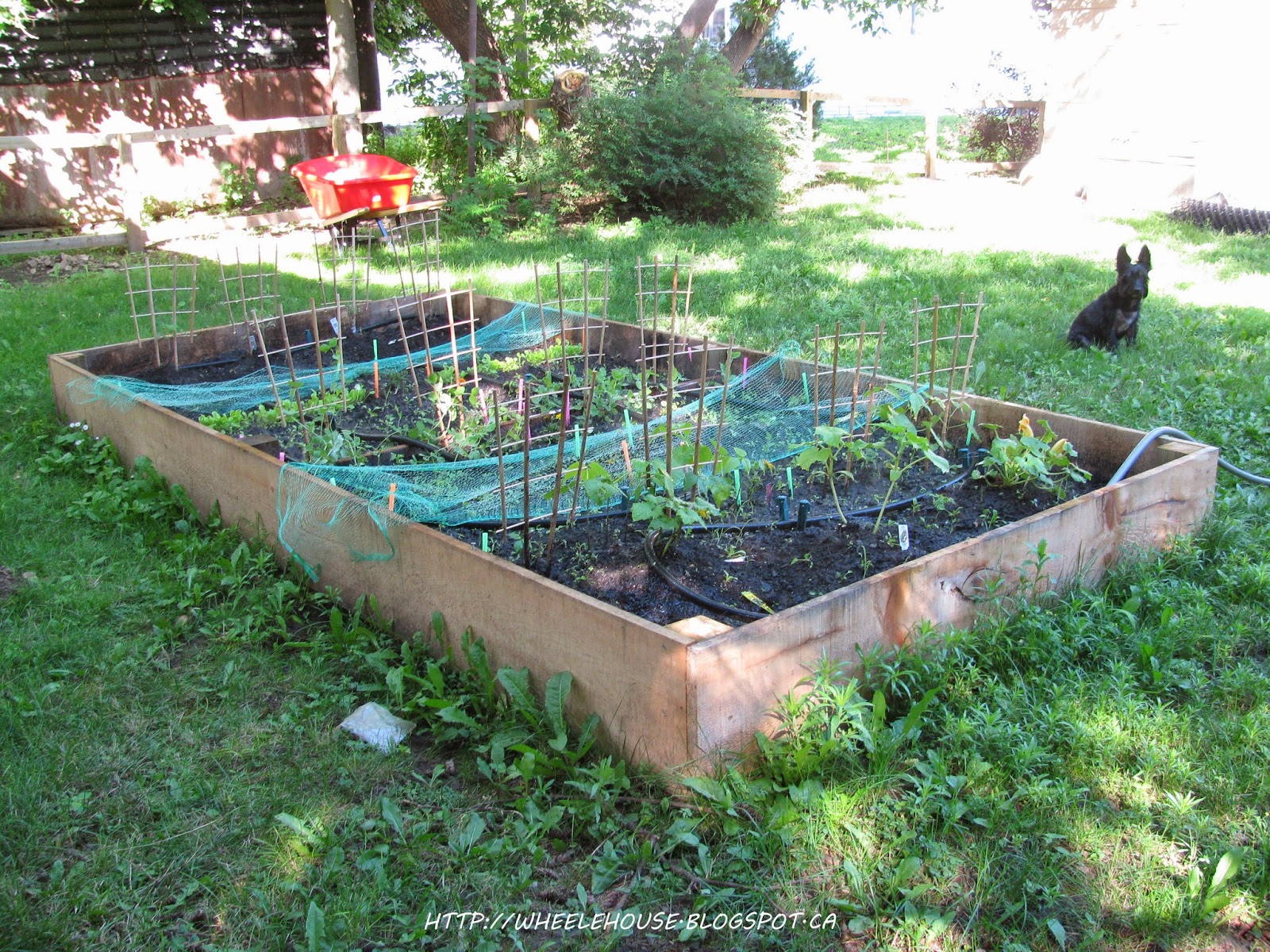 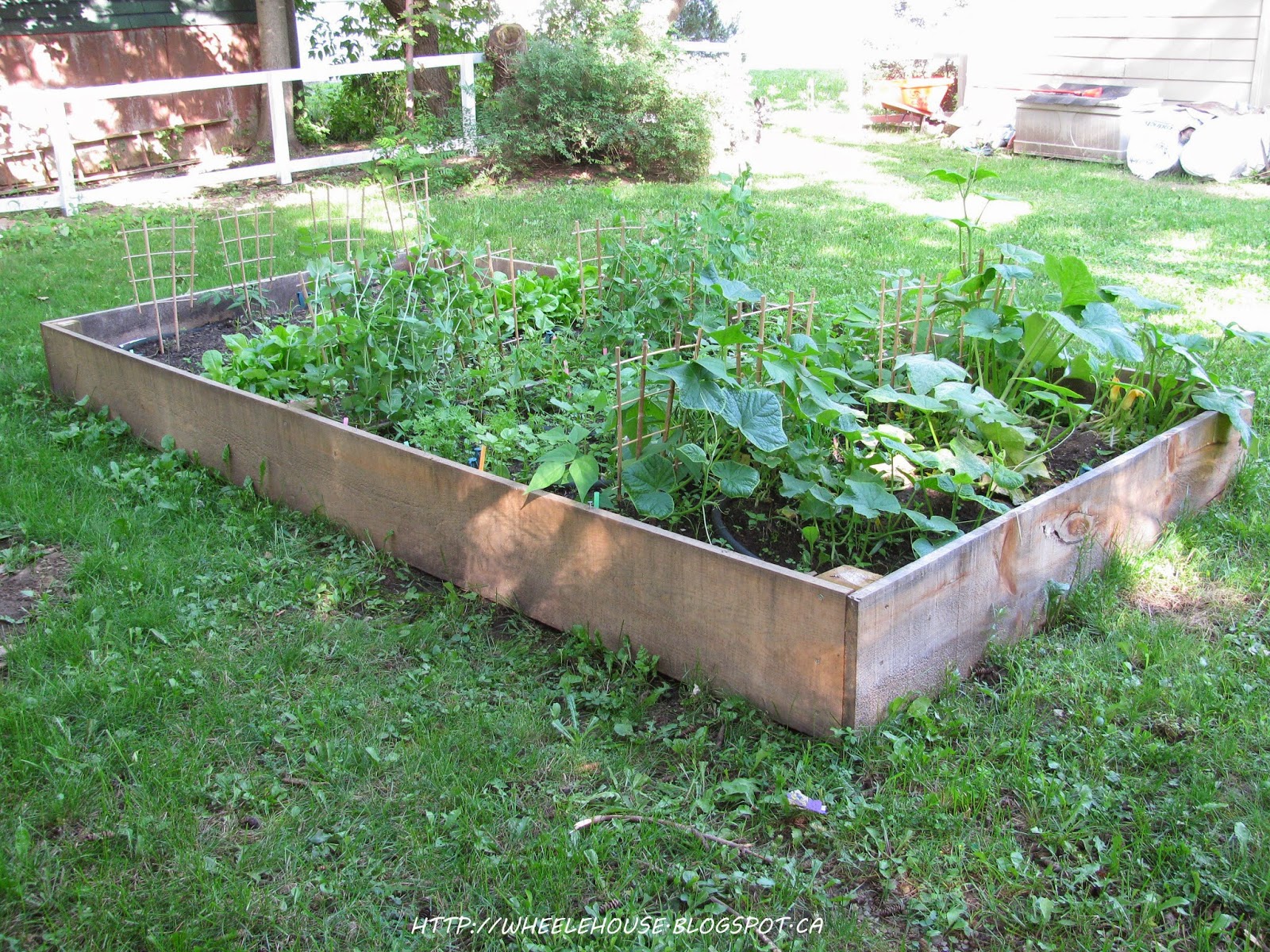 The slight problem I discovered last year is reaching those middle sections for weeding. And now, all preggers, I realized that the box was far to wide to accommodate my new found shape.

With that in mind, Hubby and I decided to cut the garden box in half. It took some selling on my part, but Hubby eventually jumped on board. He said I was ruining is "masterpiece". LOL. I even tried to make it really easy on him, and suggested something rudimentary like taking a chainsaw to either end, a-la-Leatherface, and pulling it apart. Sounded fun to me!! 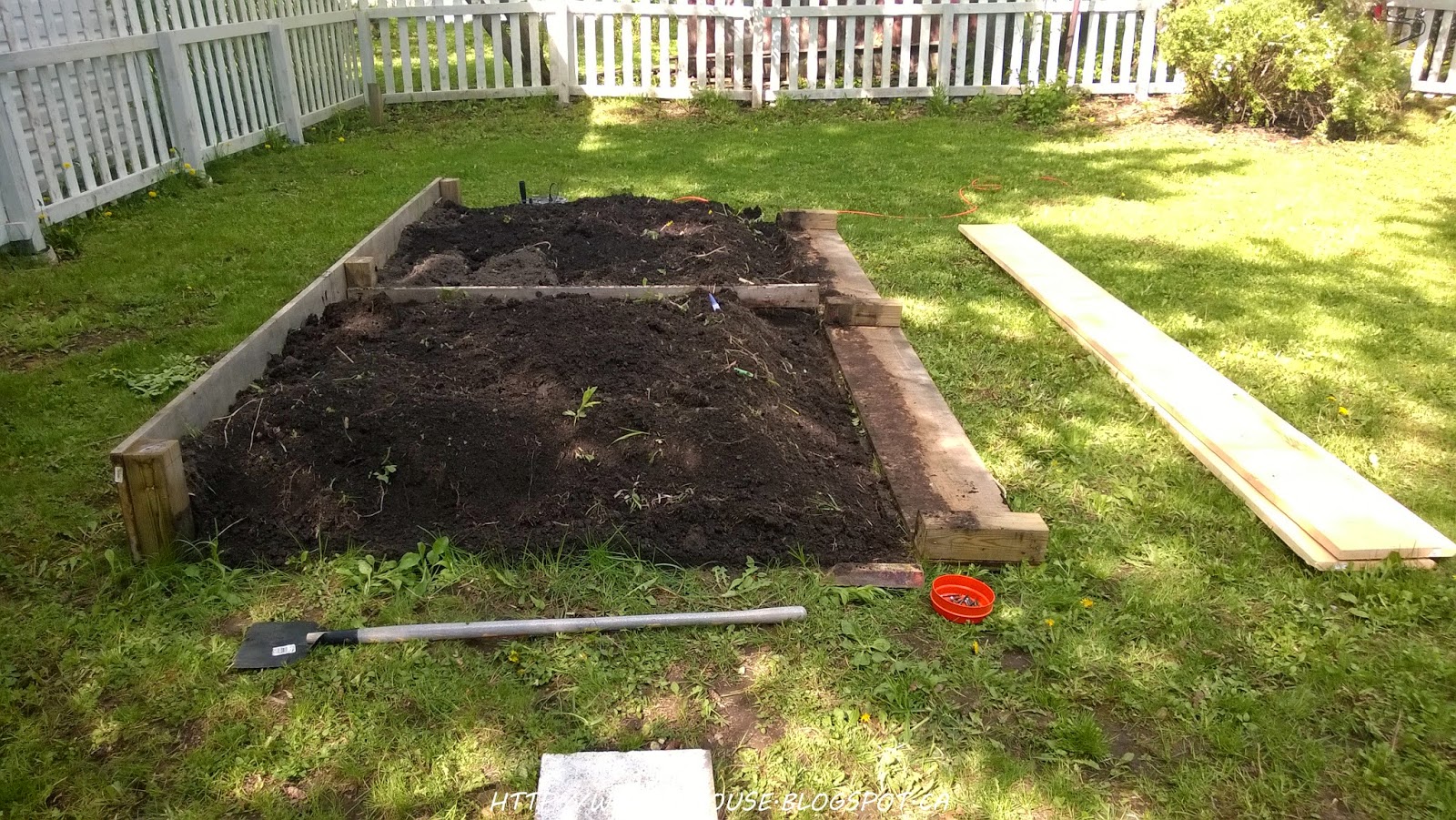 He insisted on "Doing it Right", which involved taking the original box apart. Not nearly as entertaining as a Texas Chainsaw Massacre kinda thing, but to each their own... Wouldn't I have looked cute all preggers with a skin mask on? I think so!! 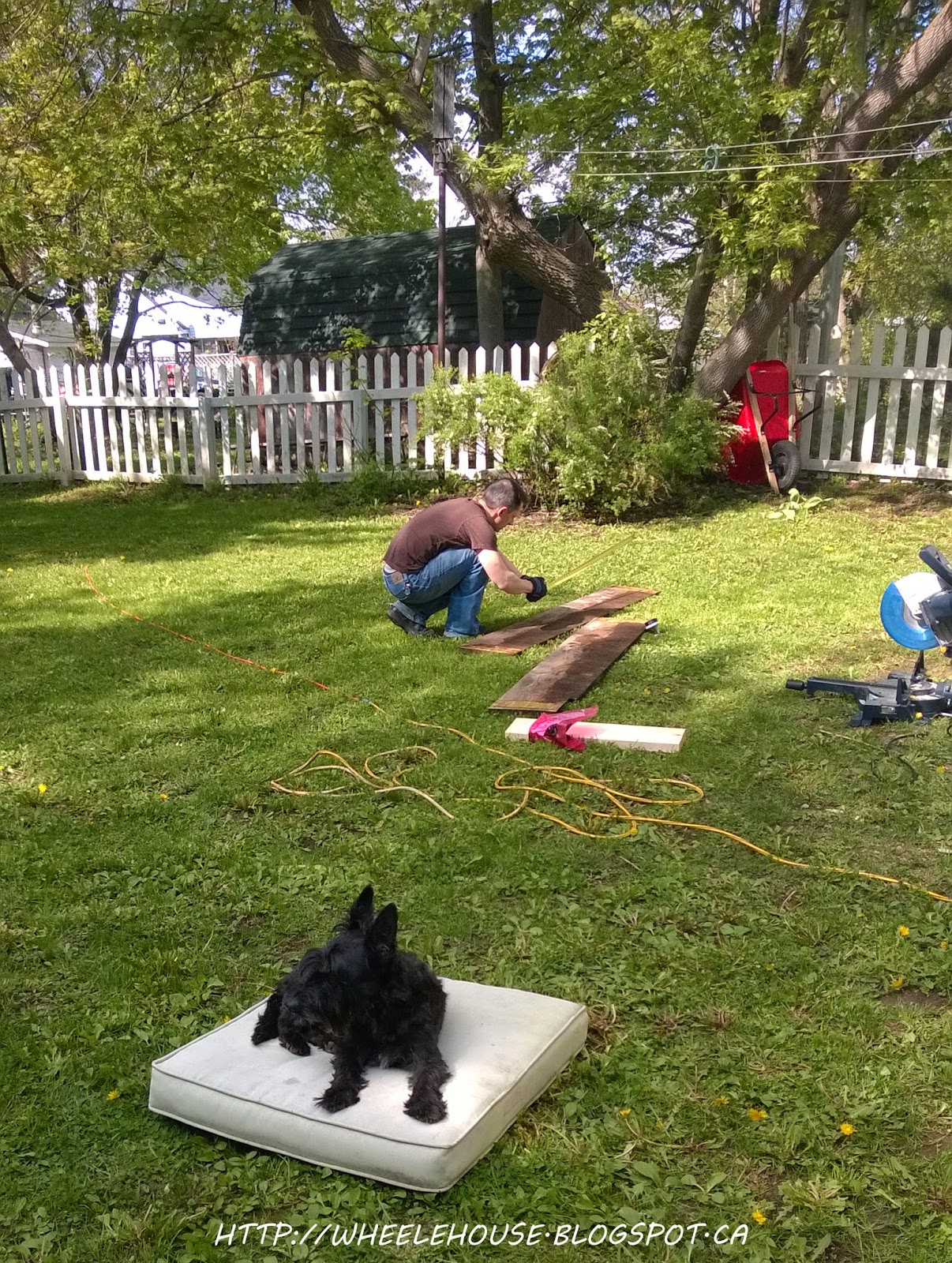 Next Hubby took the end boards, measured them to 36" and cut them in half using something with a safety guard.
Safety.
Whatever.
Grey was helpful as usual. 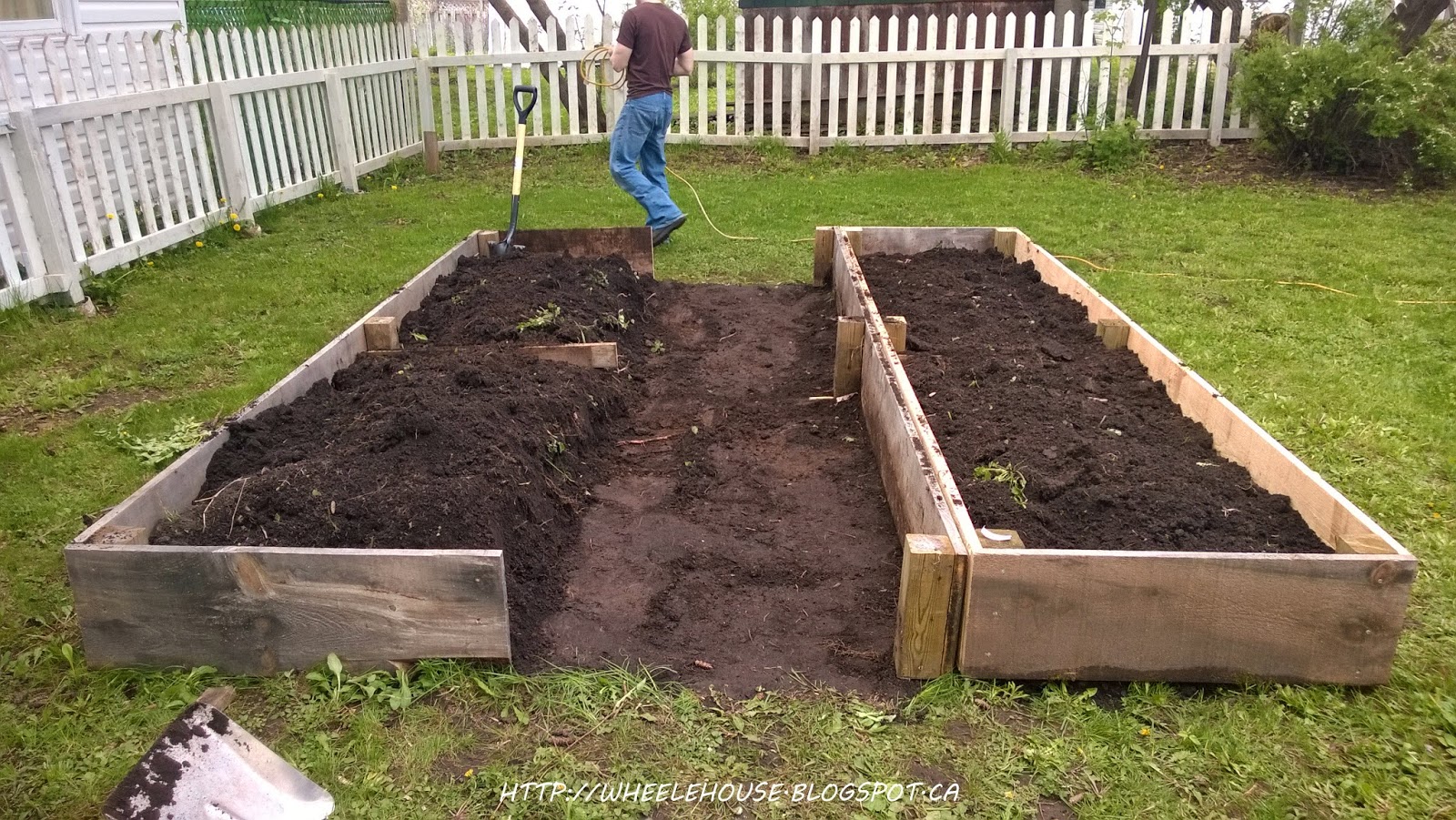 By adding the newly cut pieces to two new 12 foot boards, we now had a new box to fill.
Hubby and I dug out the remaining 36" of dirt into the new box.
For construction techniques, click on the blog link on the top of the post. 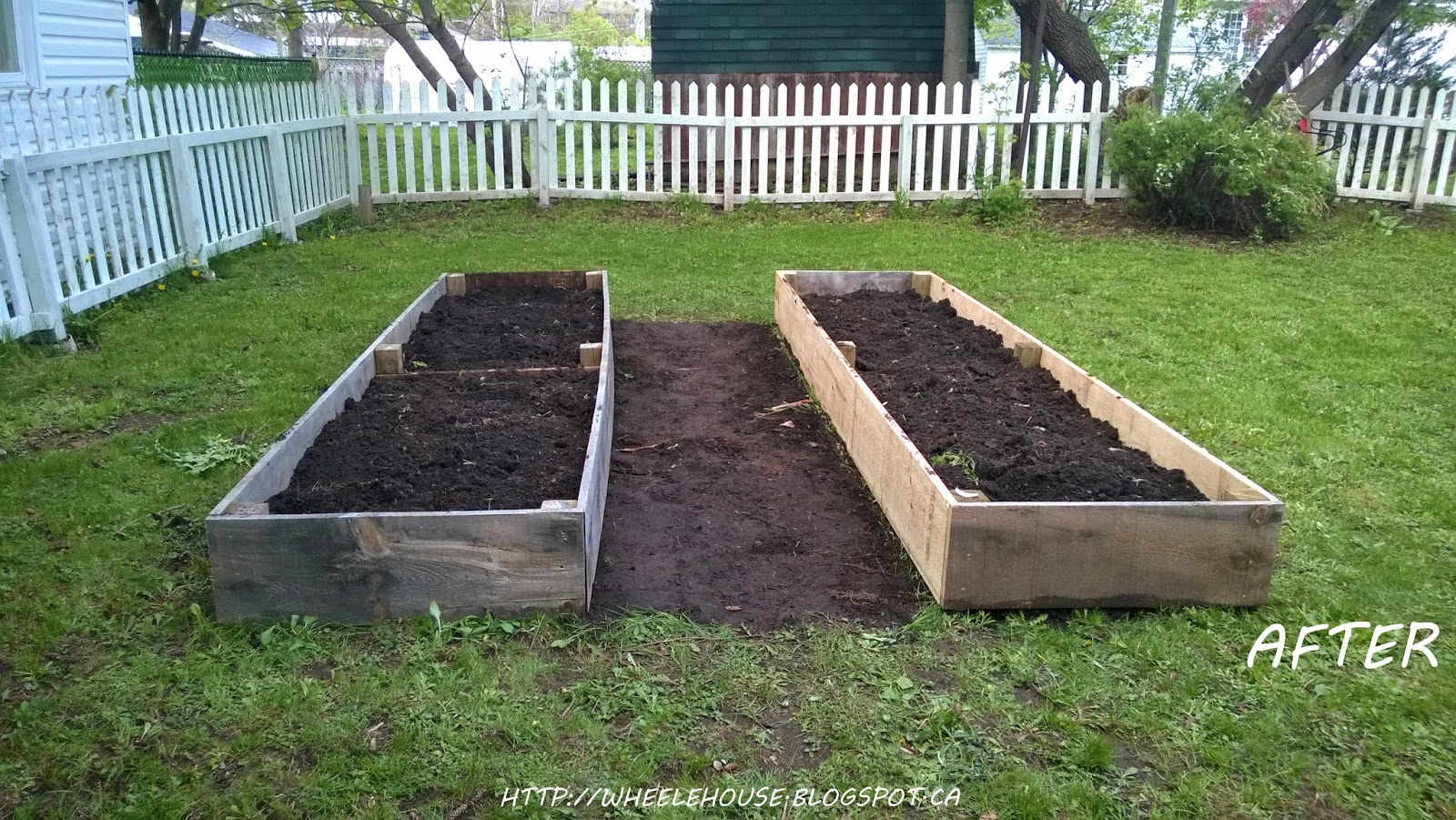 With the dirt now out of the way, we put the original board back in its place and spread the dirt back out evenly.

Now we have a 36" path between the garden boxes and way more accessibility to all of the plants. I may be doing something with the pathway, but that is a project for another day. Goal #1, get some seeds in!
Check out what we did last year: http://wheelehouse.blogspot.ca/2013/08/growin-stuff-first-harvest.html