As per my last post, meltingplastic bought a lamp with a really bad shade on it.
Find the post here.
She hated it, (and who wouldn't!) so I offered to take it off her hands and experiment with re-covering it. 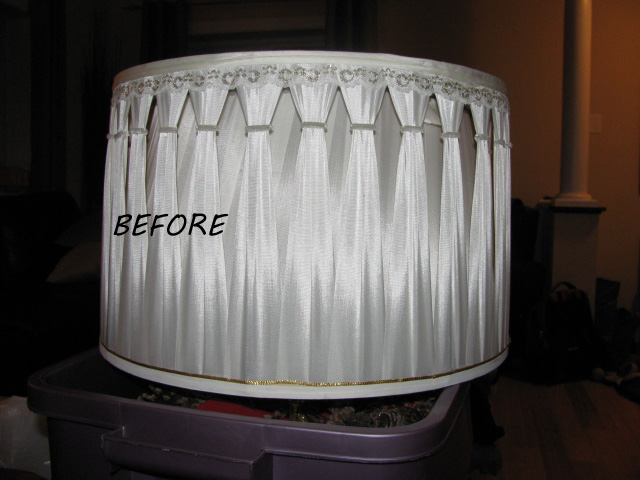 First, I had to strip the shade of the gold banding, the lace, and the ribbon that comprise its make-up. 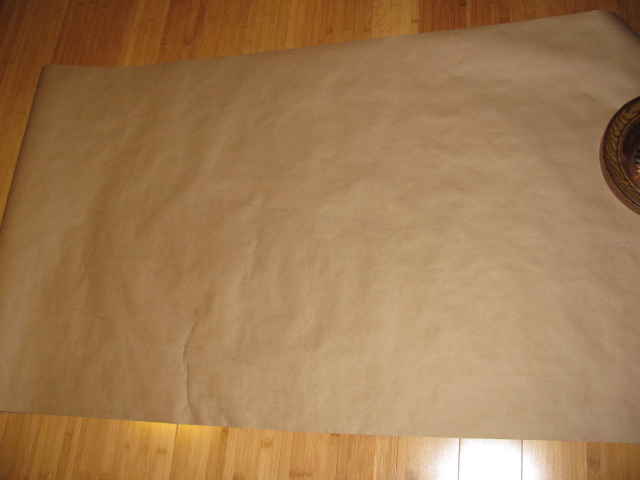 I traced the bare shade by rolling it onto a piece of parcel paper and following with a pencil.
This creates a pattern. 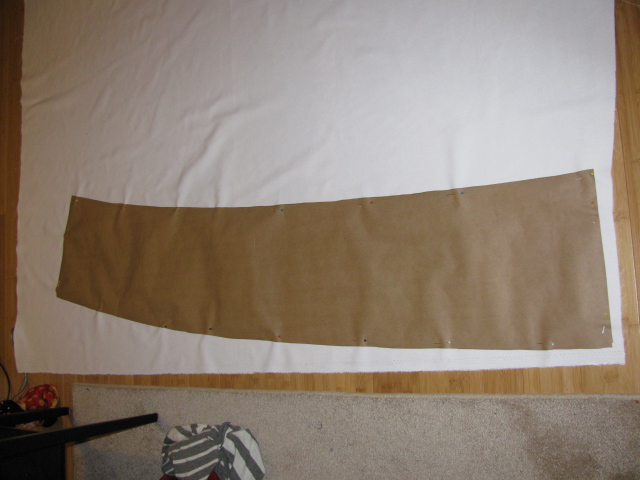 I cut out the pattern, then pinned it to the white twill I want to use for the shade. 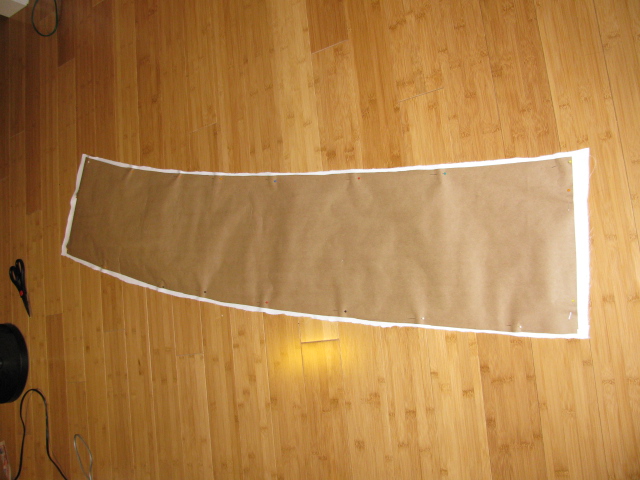 I left an extra half inch beyond the pattern to account for the fabric wrapping around the shade skeleton. 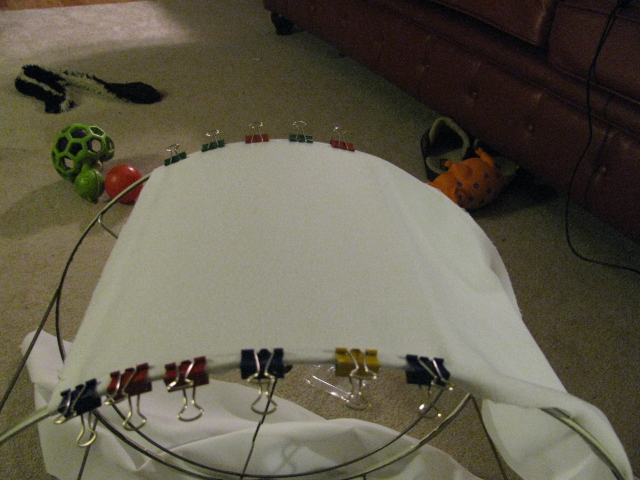 Using white glue (my favorite is WeldBond) and a stiff paint brush, I began wrapping the fabric around each side of the frame. Then bulldog clips hold it in place while it dries. With the frame done all the way around, I moved the clips to hold all the way around while it dries. A tip - move the clips frequently, as sometimes the glue seeps through the fabric, and the clip is stuck in place, also it is good to distribute the pressure wherever possible. 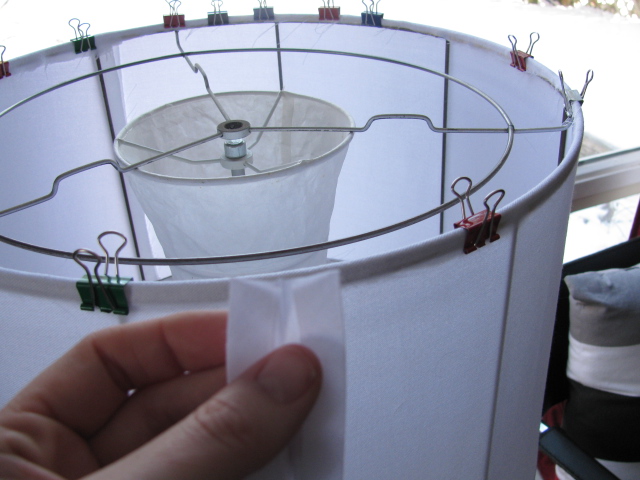 The next morning, I started to apply the edge banding. Although for a slightly different type of shade, there is a great tutorial on recovering, and an especially good section on the banding, here on Design Sponge. 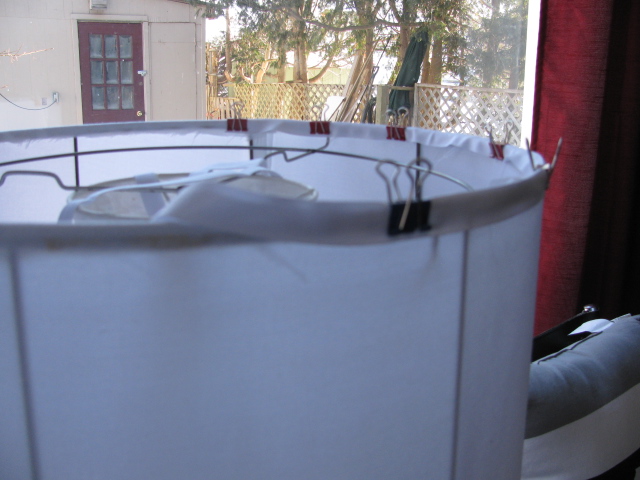 Again, the clips come in handy. I started by only gluing the outside of the lamp.
After the outside was done, I started applying glue to the inside and folding the banding down.
Same process on the bottom of the lamp... 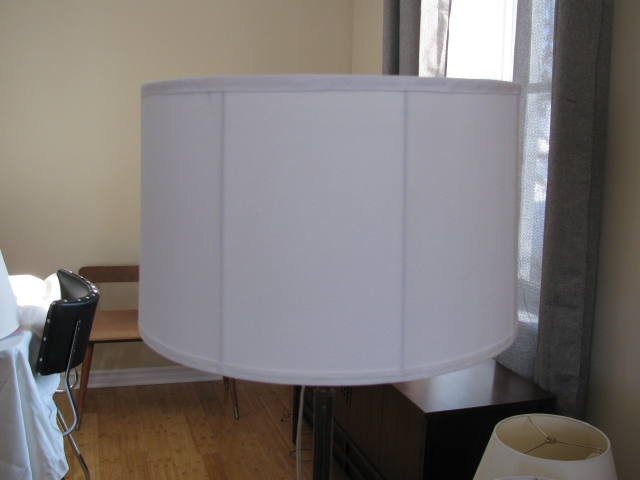 All glued and dry, the shade looks much more streamlined than the dated gathered ribbon shade it was before. You can see the ribs in the shade, whether it is lit or not, but it still has a much cleaner aesthetic. 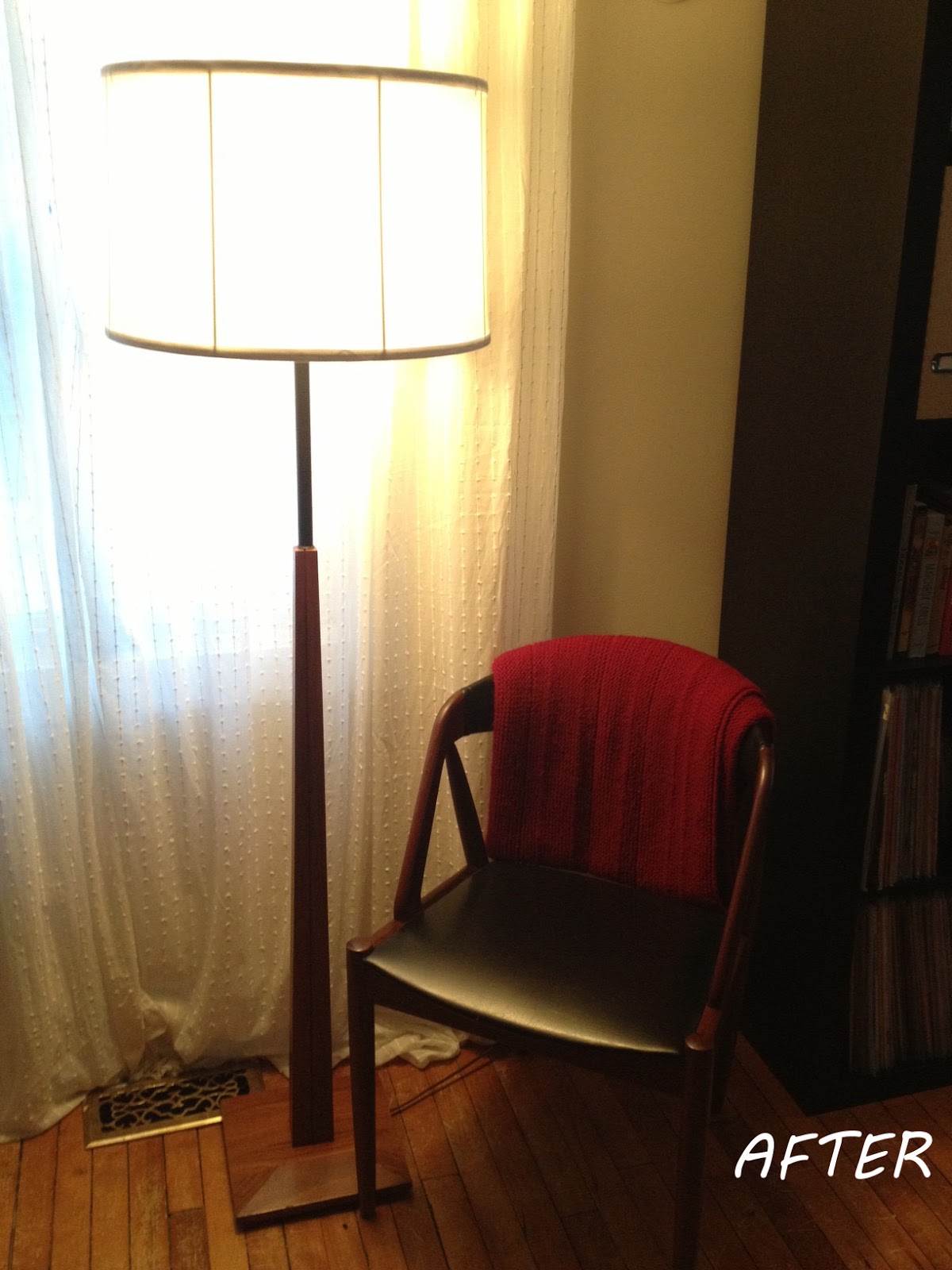 Luckily, meltingplastic also liked the shade and accepted it back. Here it is resting on the fantastic mid-century lamp she found that day (also isn't that Danish chair davoon?)
I am so glad that the shade found a home!

On a side note, I fell in love with the skeleton of this lamp... it gave me all sorts of ideas, so I found another hideous gathered lampshade: STAY TUNED!
Posted by Pat Wheele at 5:33 am