We were at our friends' (Justin & Kym) house this summer for a BBQ, and came across this little gem. 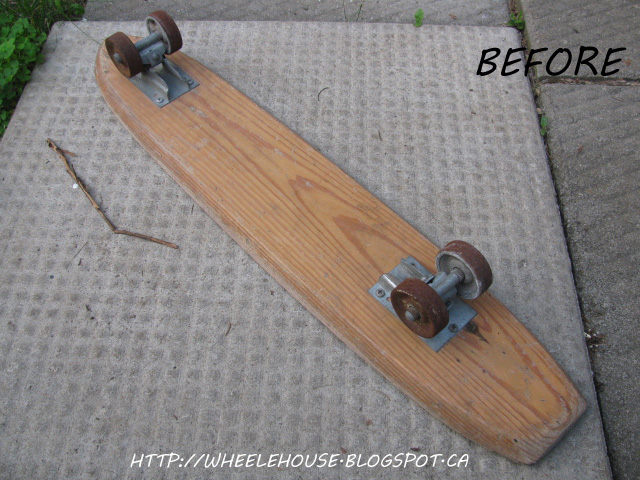 The rusty wheels and peeling paint immediately caught my attention. I was in love.
So I asked what the deal was with this little board stuck in between the patio railing, and the house. 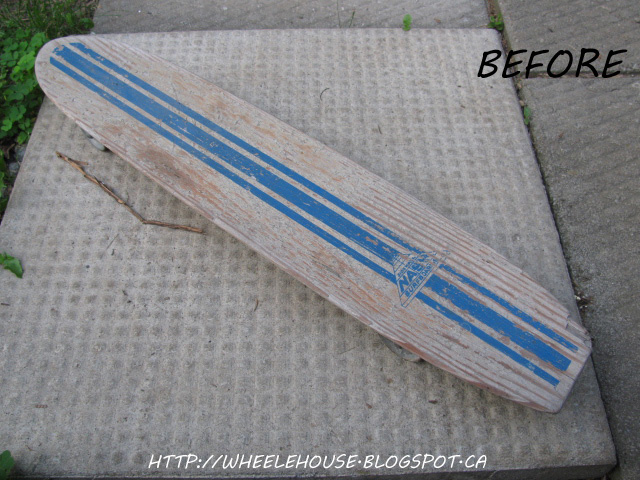 I turns out that Justin's daughter, Ariel - who is an artist/jeweler - found it on her way home one night.
(Check out Ariel's website) - Beautiful stuff!
Of course, I asked what would happen if it went missing... and they both laughed and said I could have it.
There was alcohol involved so I may have taken advantage the situation... he he he. 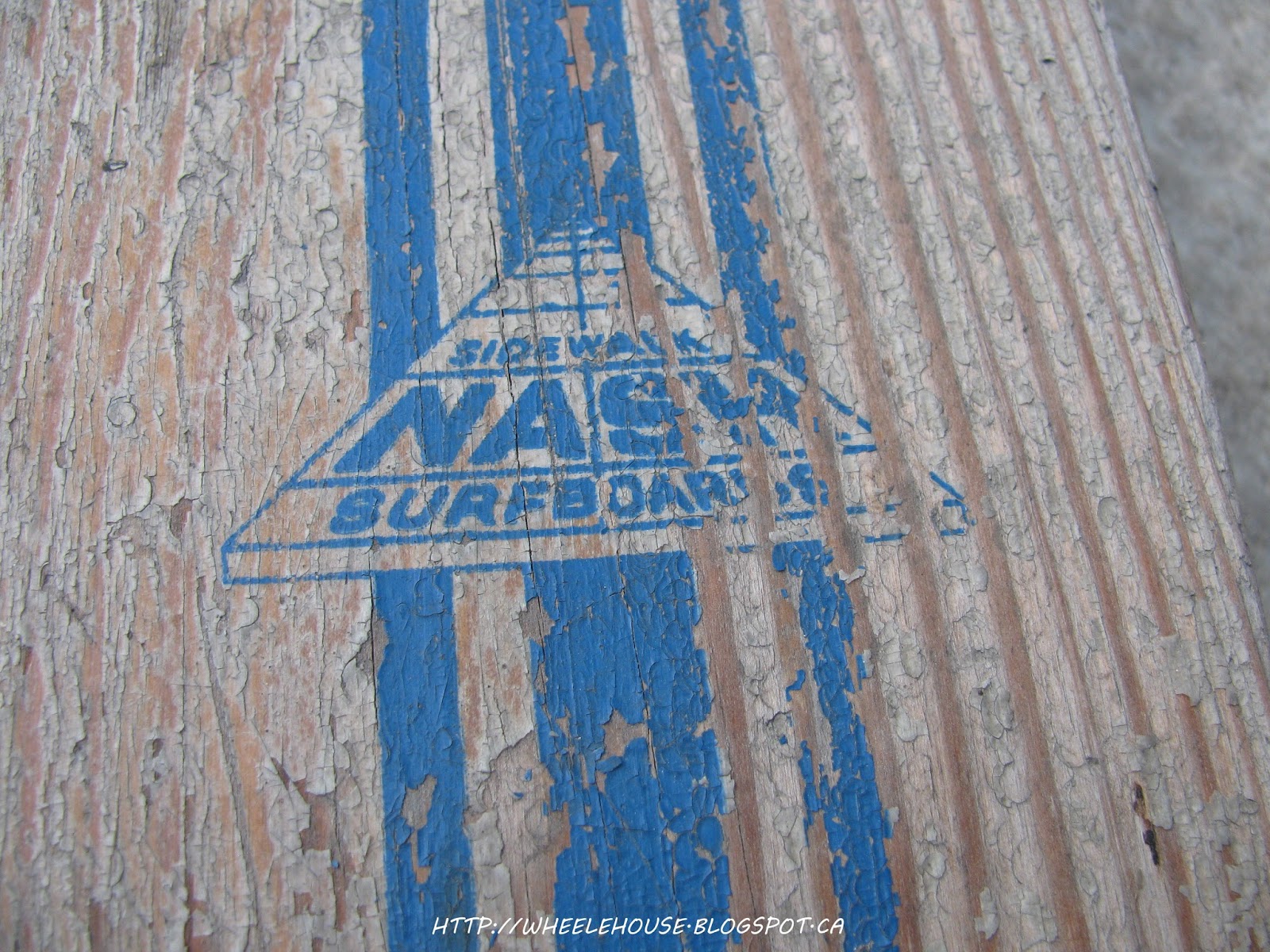 Anyway, as is my way, I did a little research on the Nash Sidewalk Surfboard.
It turns out that this is a mid 1960s board, and i am keen to put it on my wall. 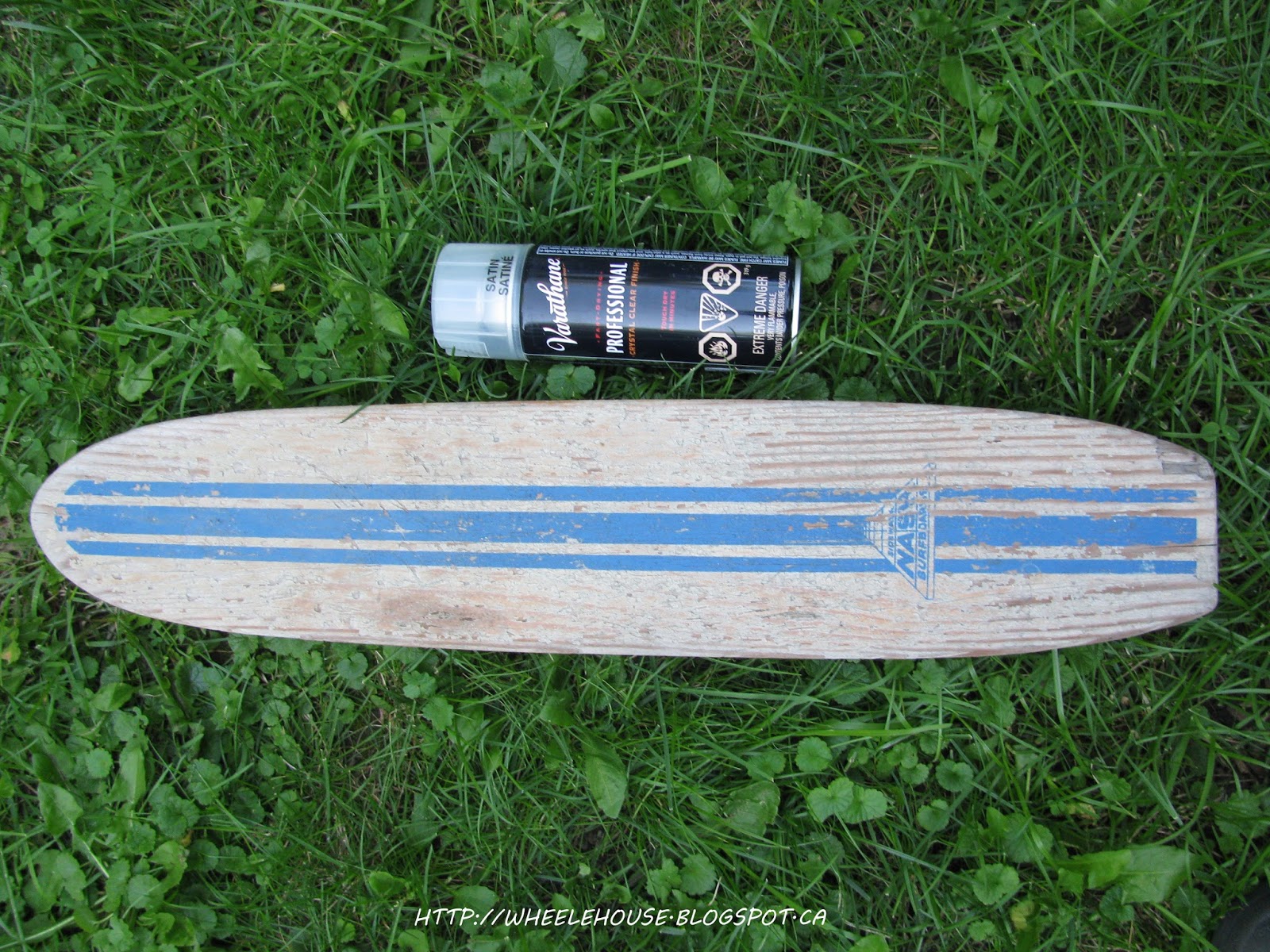 The paint was chipping off so badly, that every time it was touched it it just flaked like Christmas.
The first thing I needed to do was spray it with a clear-coat to preserve what was left. 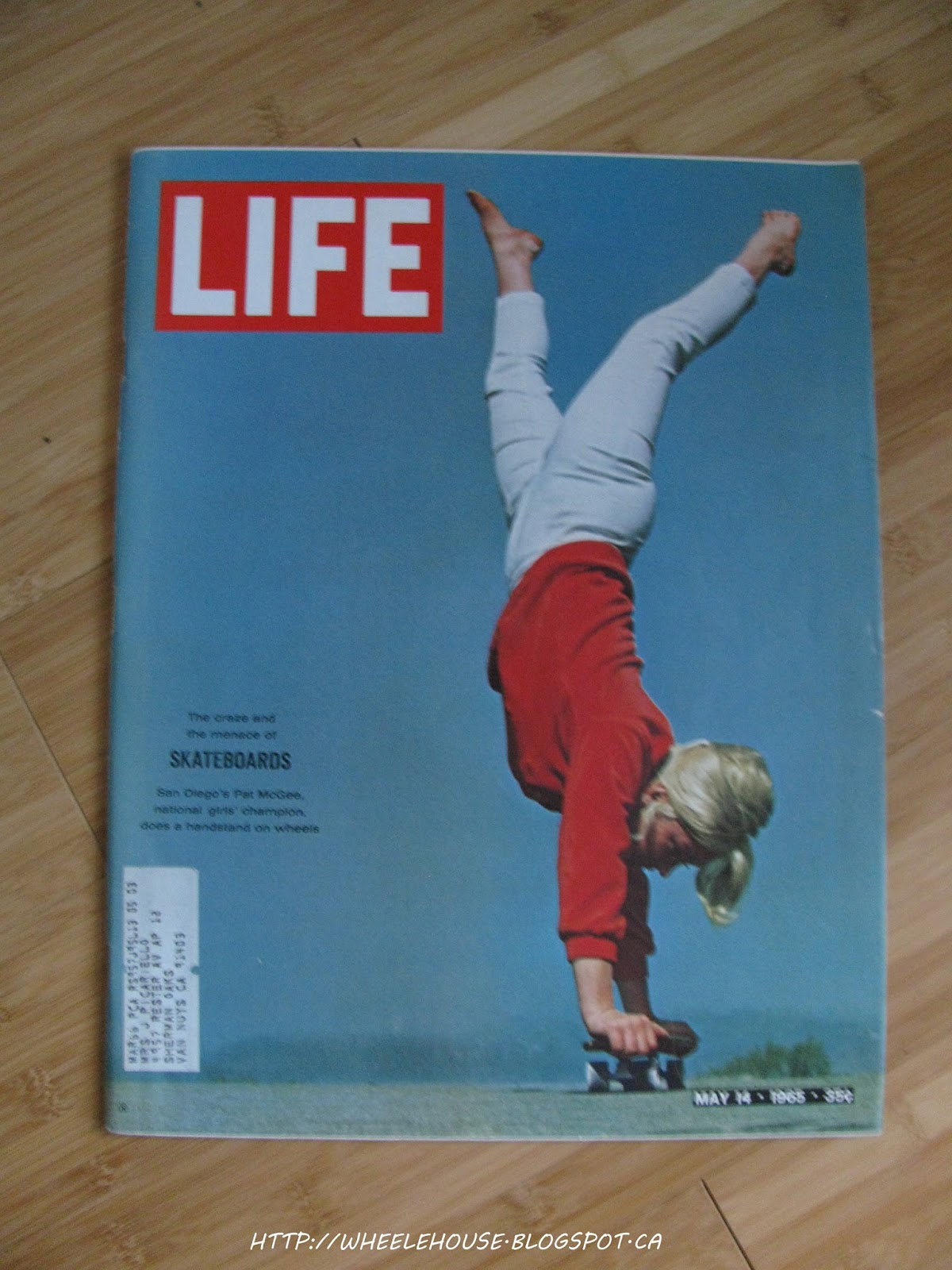 Then, as if it were kismet, I found this Life Magazine from May 14, 1965, featuring Pat McGee, the skateboarding champion at the time. Displaying this with the skateboard would be perfect. 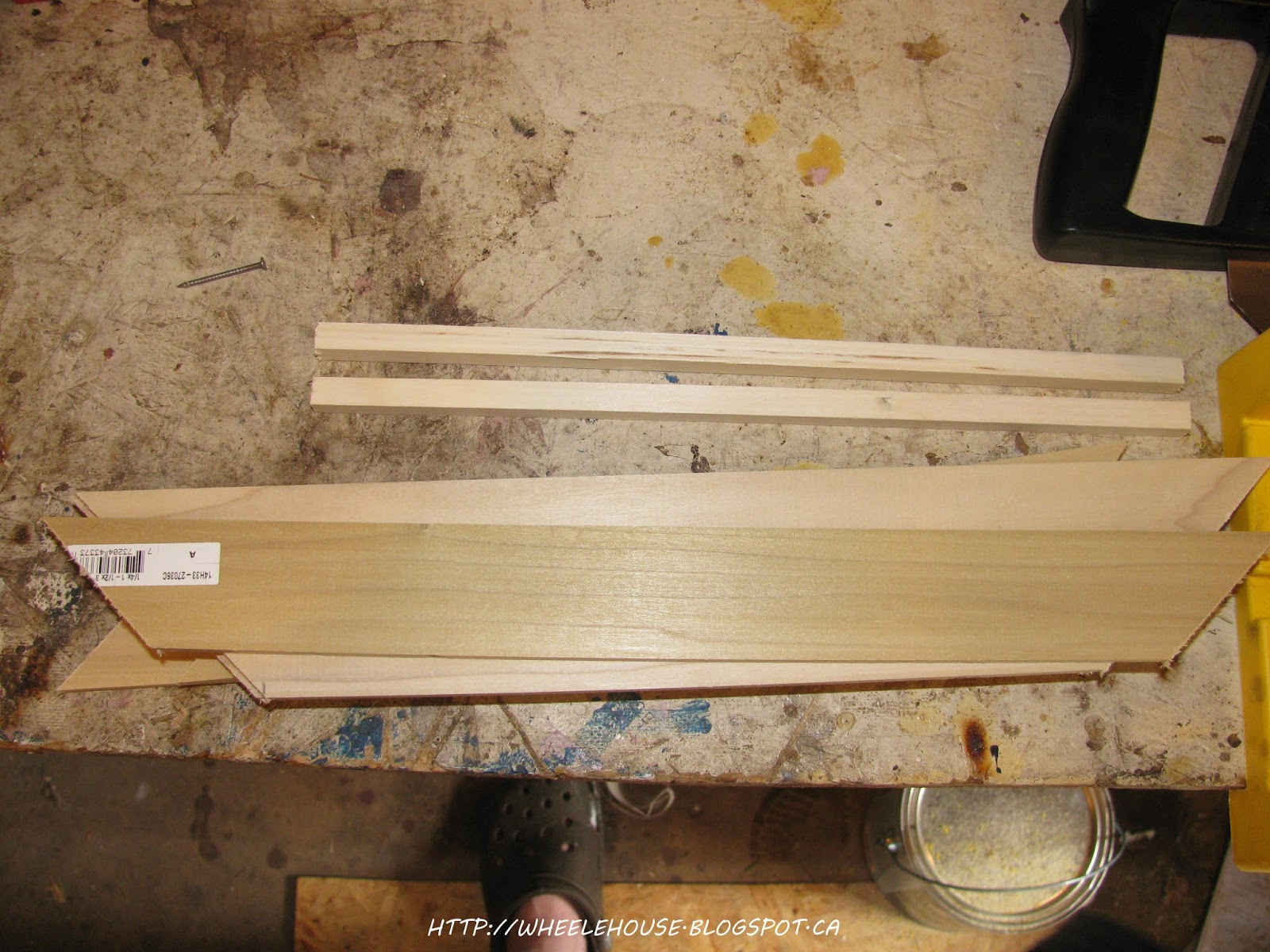 I picked up a few supplies, and got to work making a frame that the magazine could slide into.
I cut the pieces to 1" larger than the magazine.
I used 1" wide wood for the front, 3" wide for the back, and 1/2" square dowels to separate front from back. 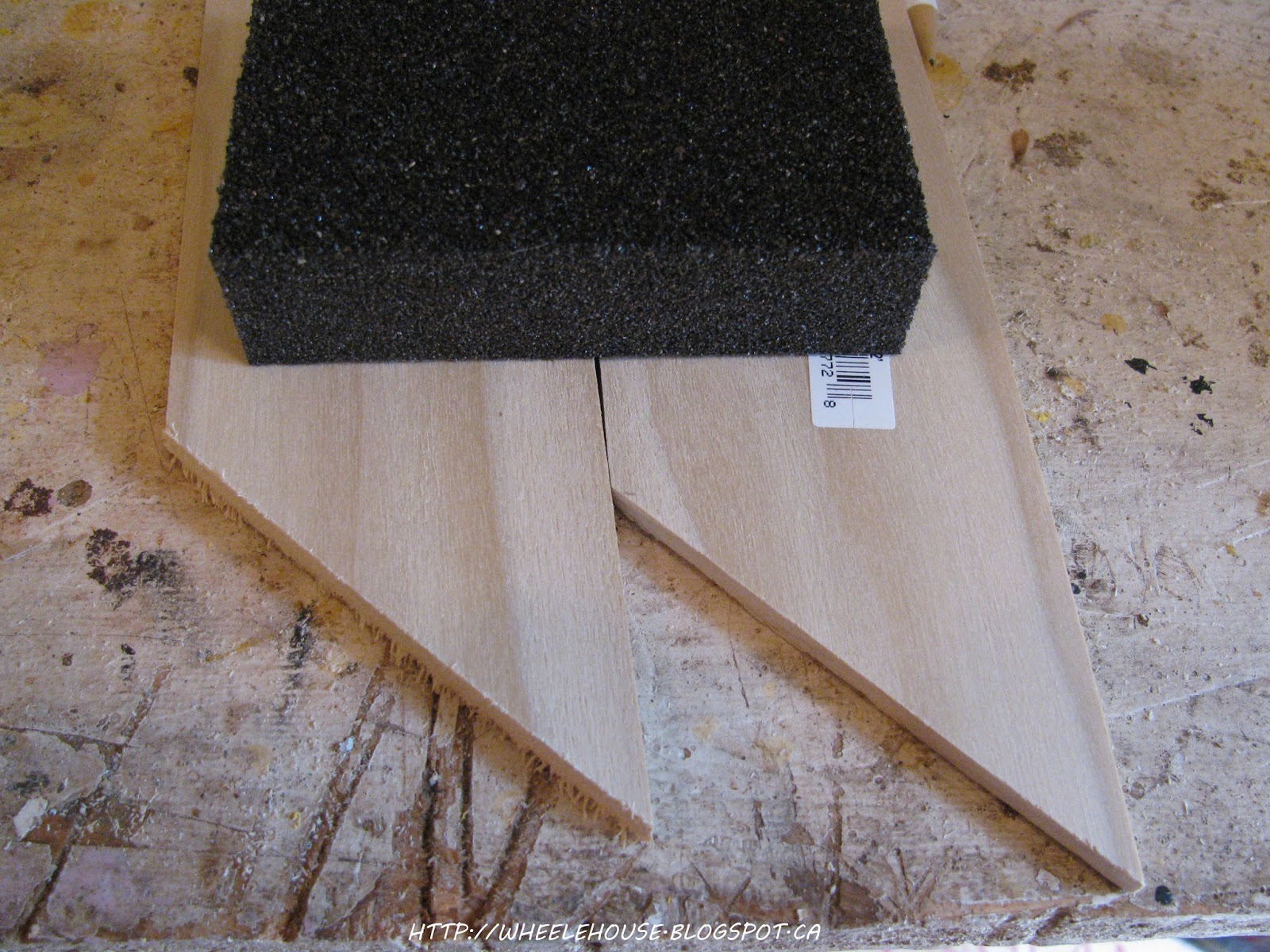 After cutting, I sanded the edges. 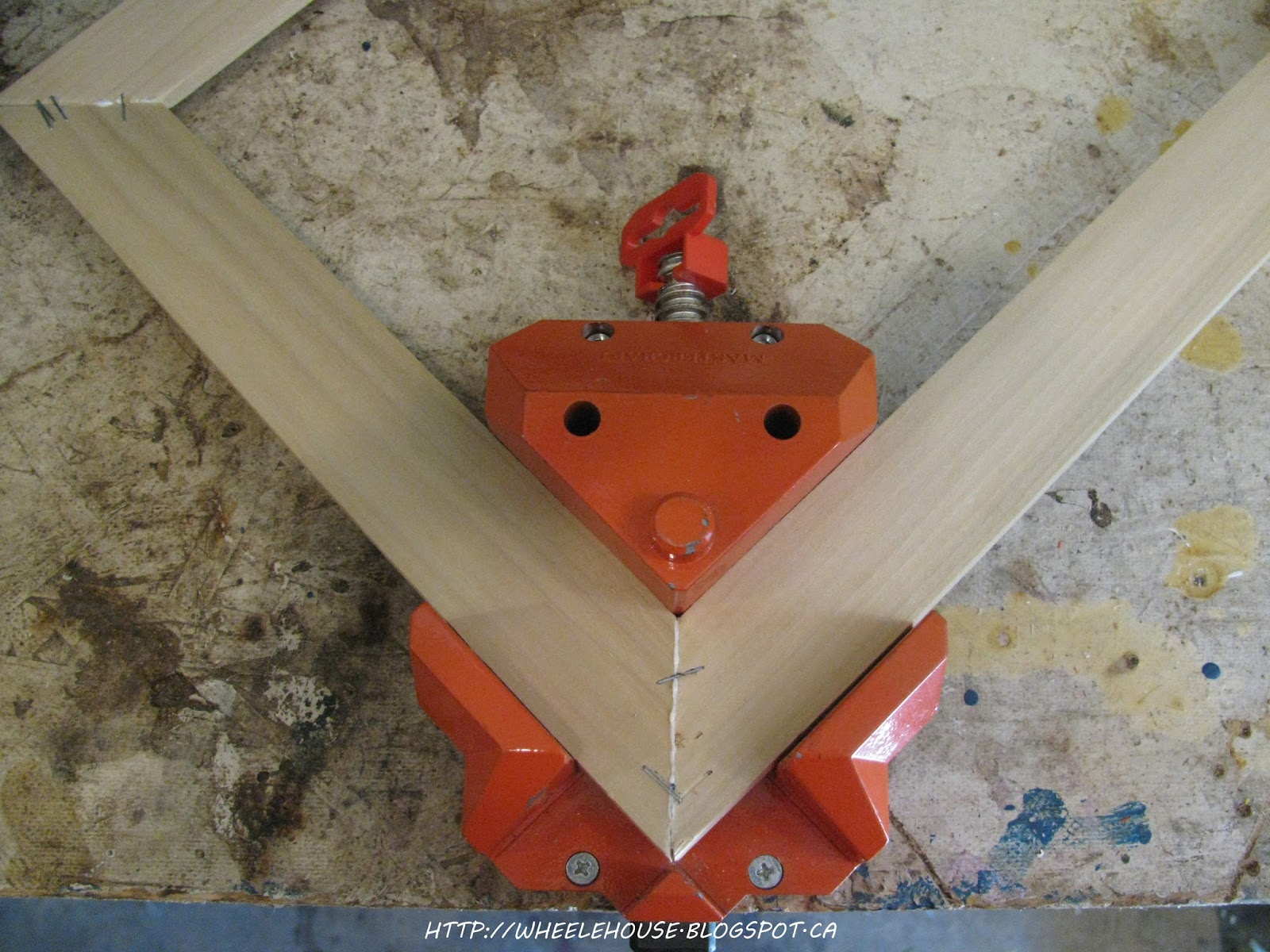 I used a corner vise to glue and staple the frames together. Once dry, I glued the dowels down at the top and bottom. 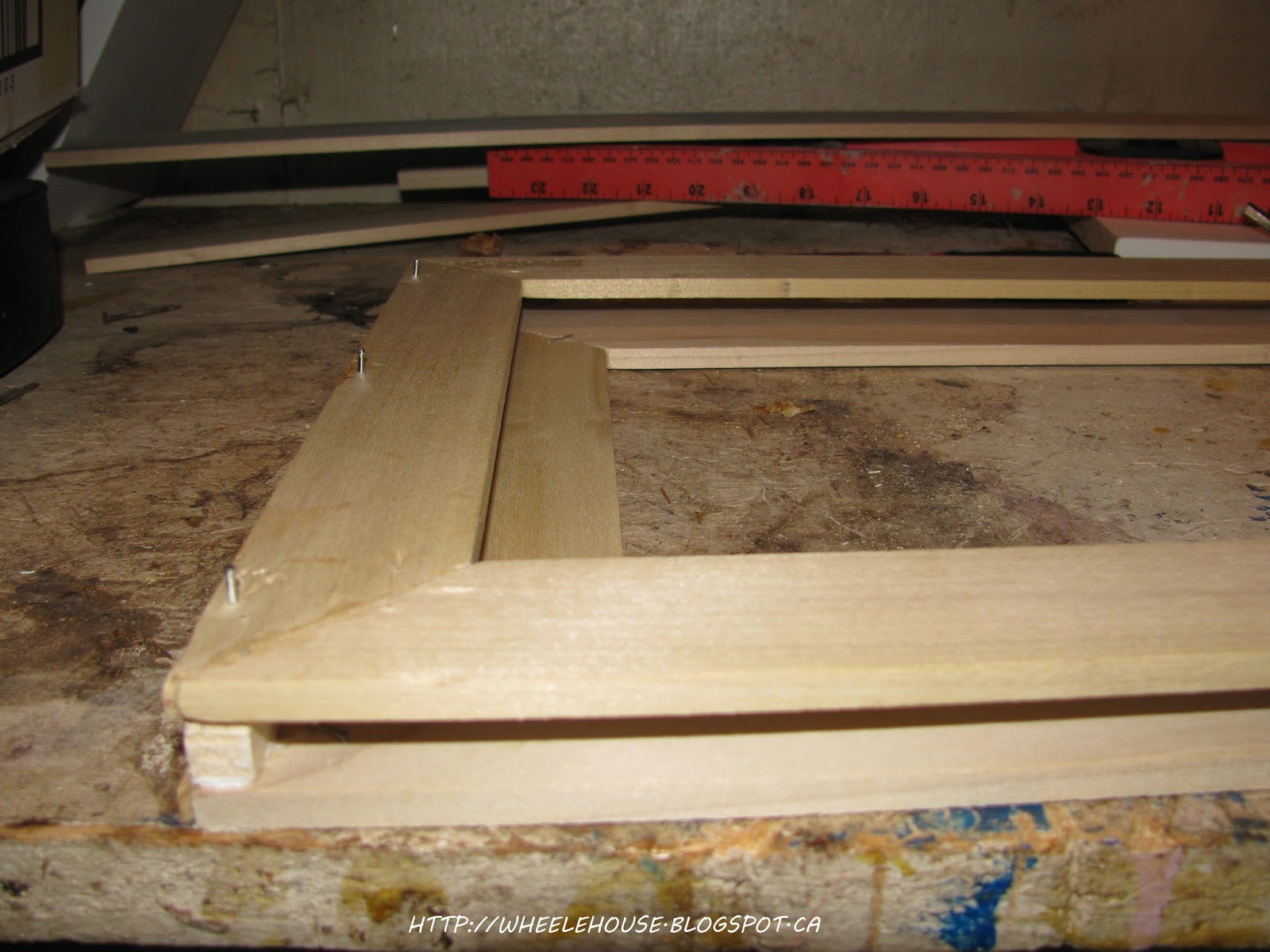 I placed the second frame on top, and nailed them together. 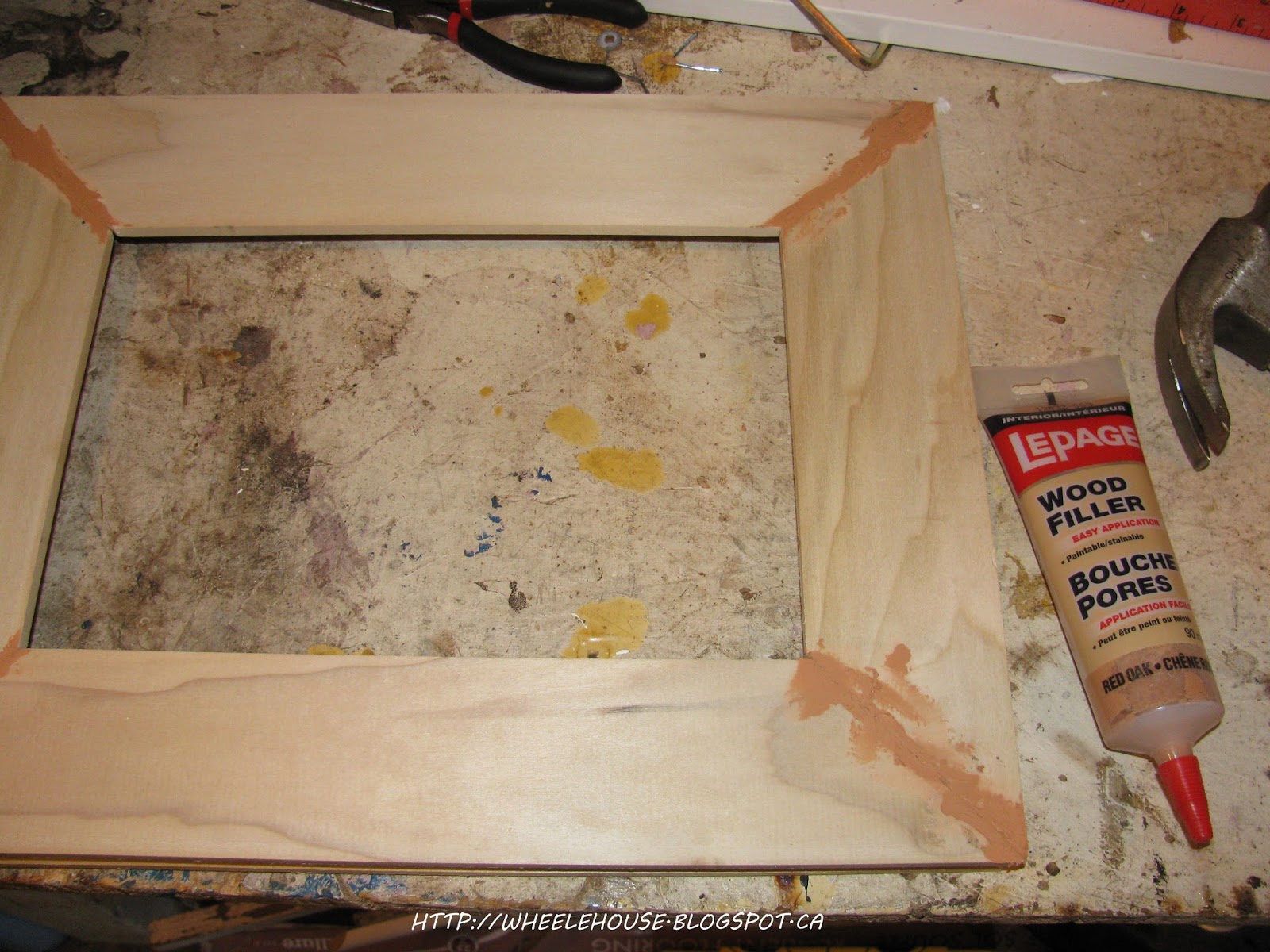 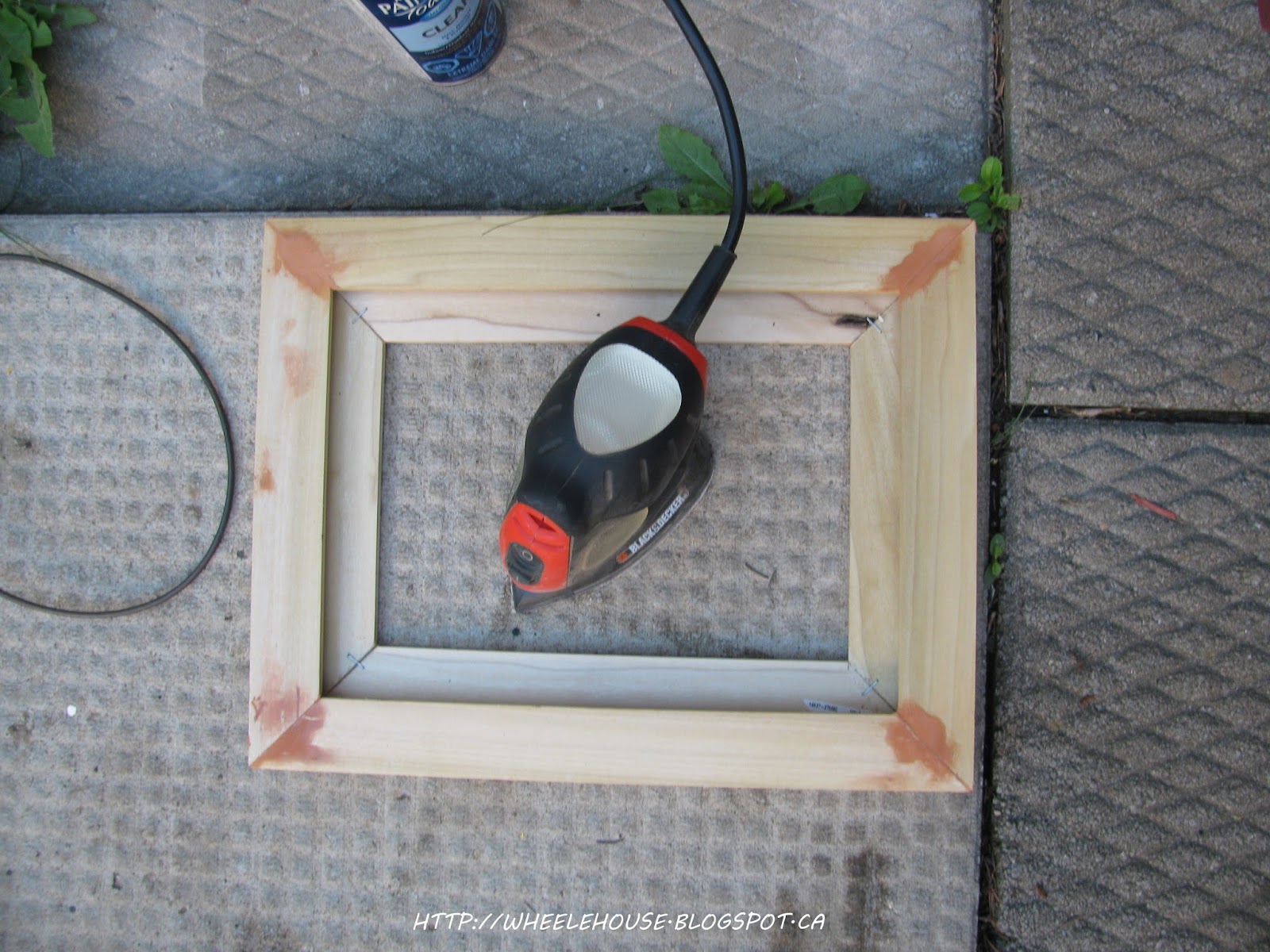 Wood filler went on, then was sanded off. 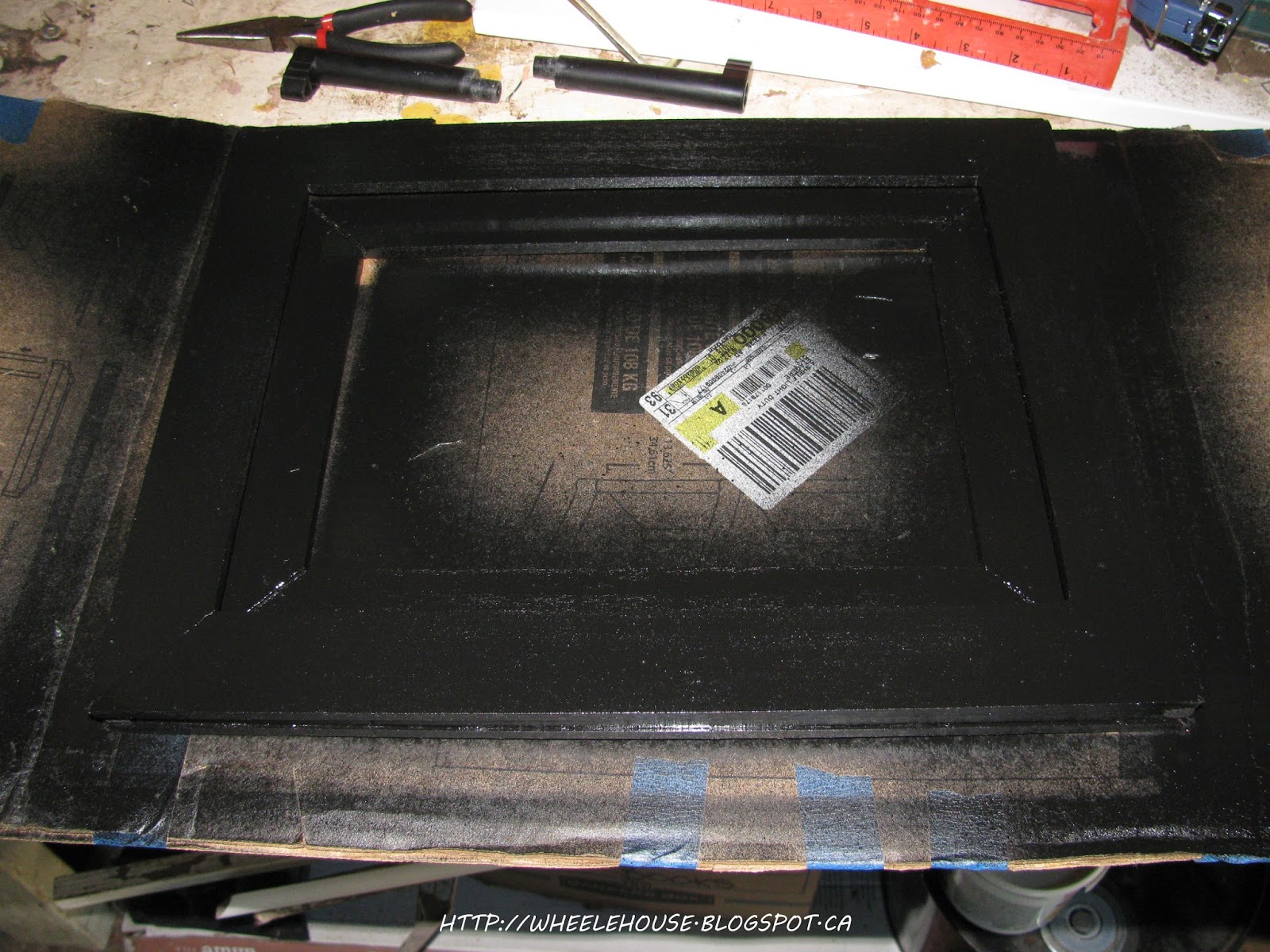 A little spray paint and it is ready! 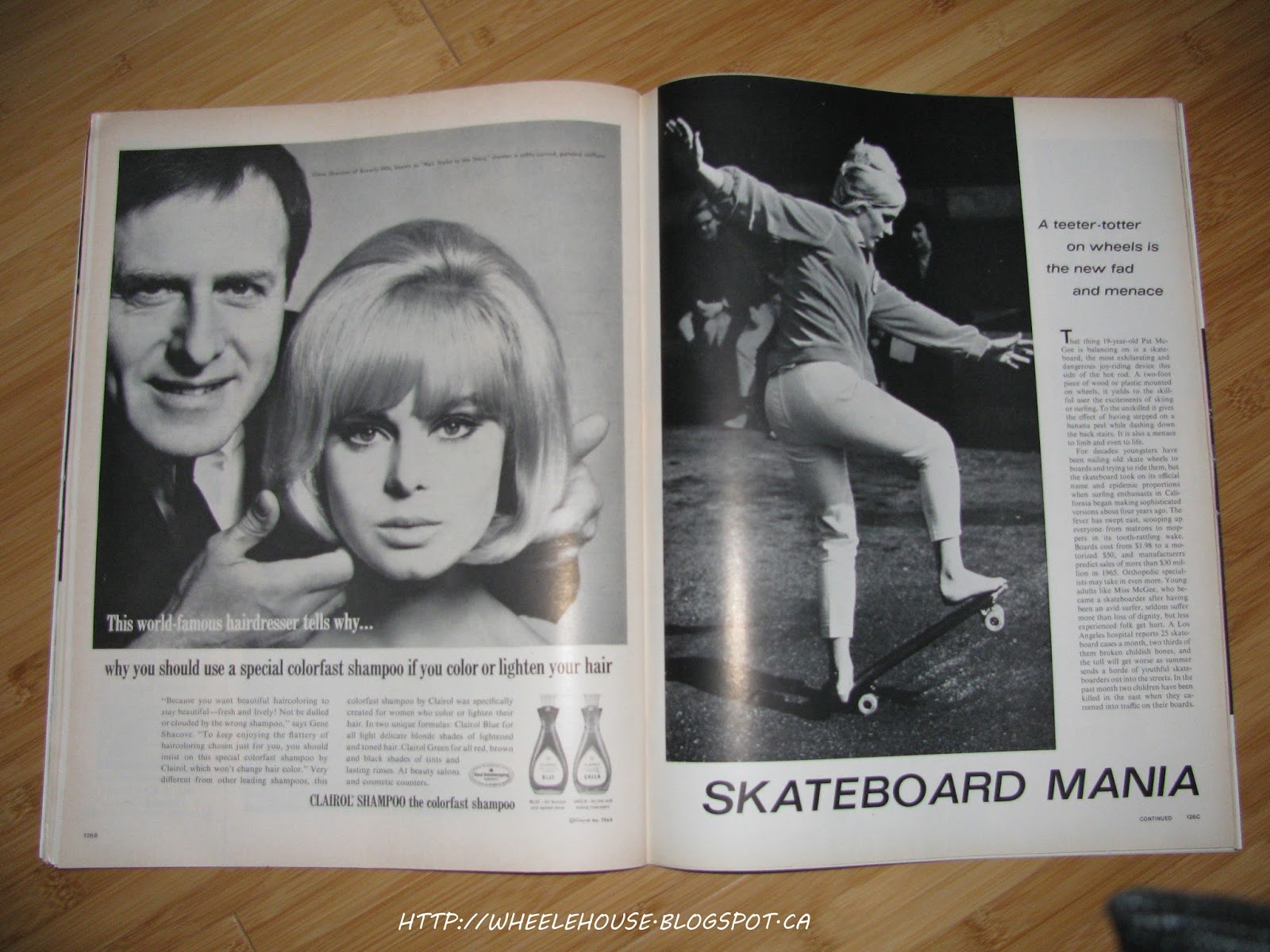 The magazine's view on skateboarding culture is pretty funny.
The headline reads "A teeter-totter on wheels is the new fad and menace".
Ha! 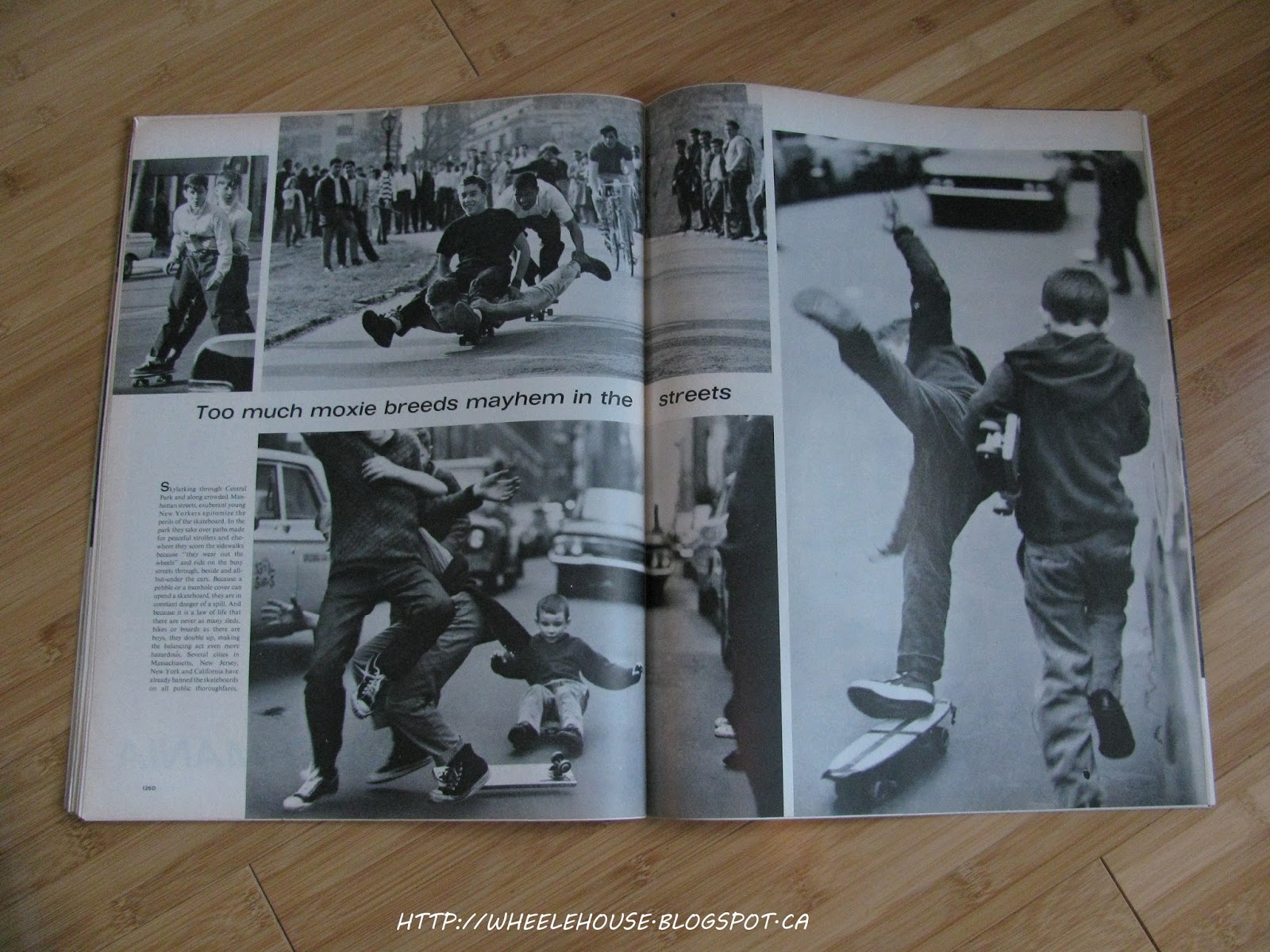 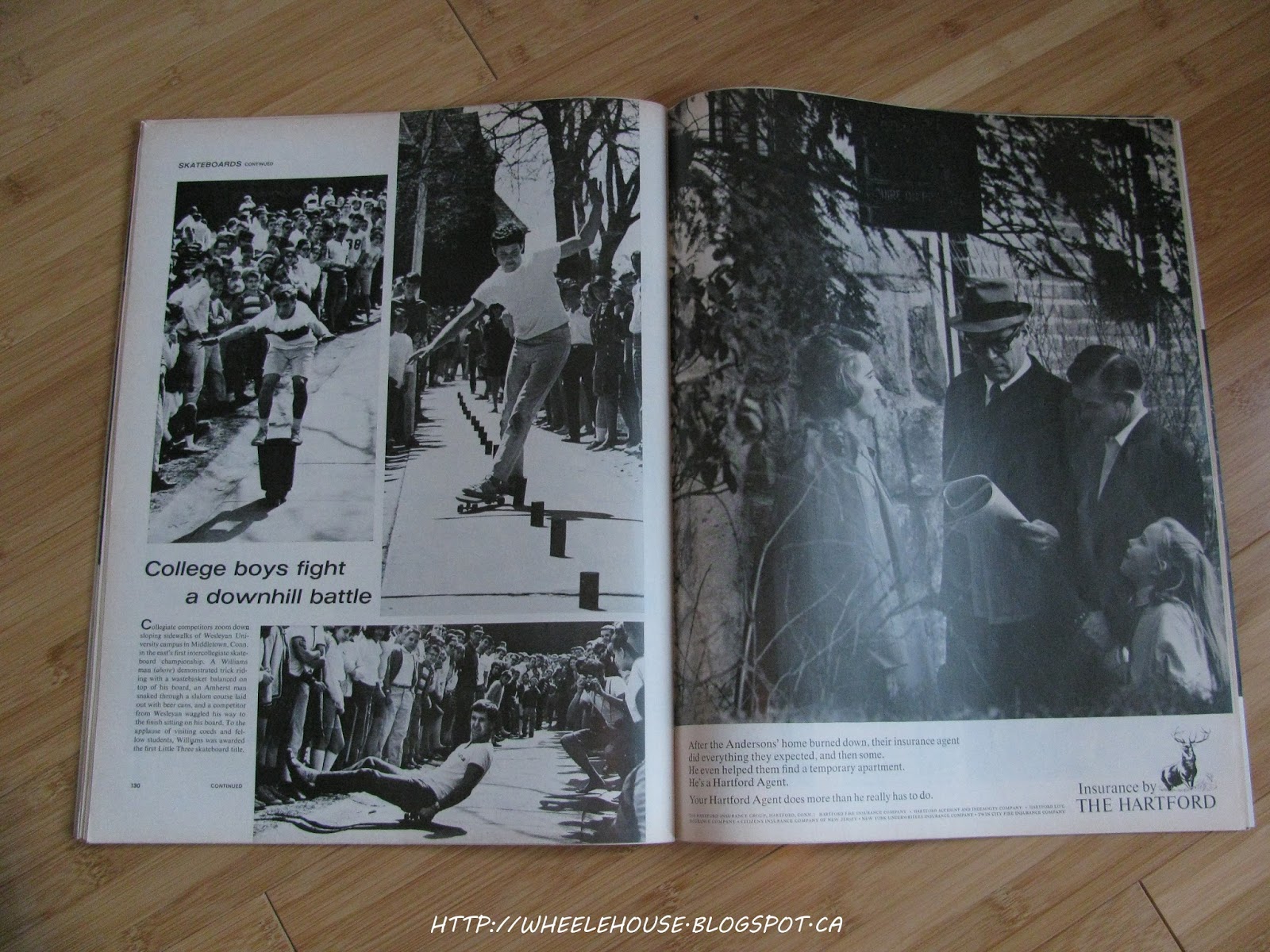 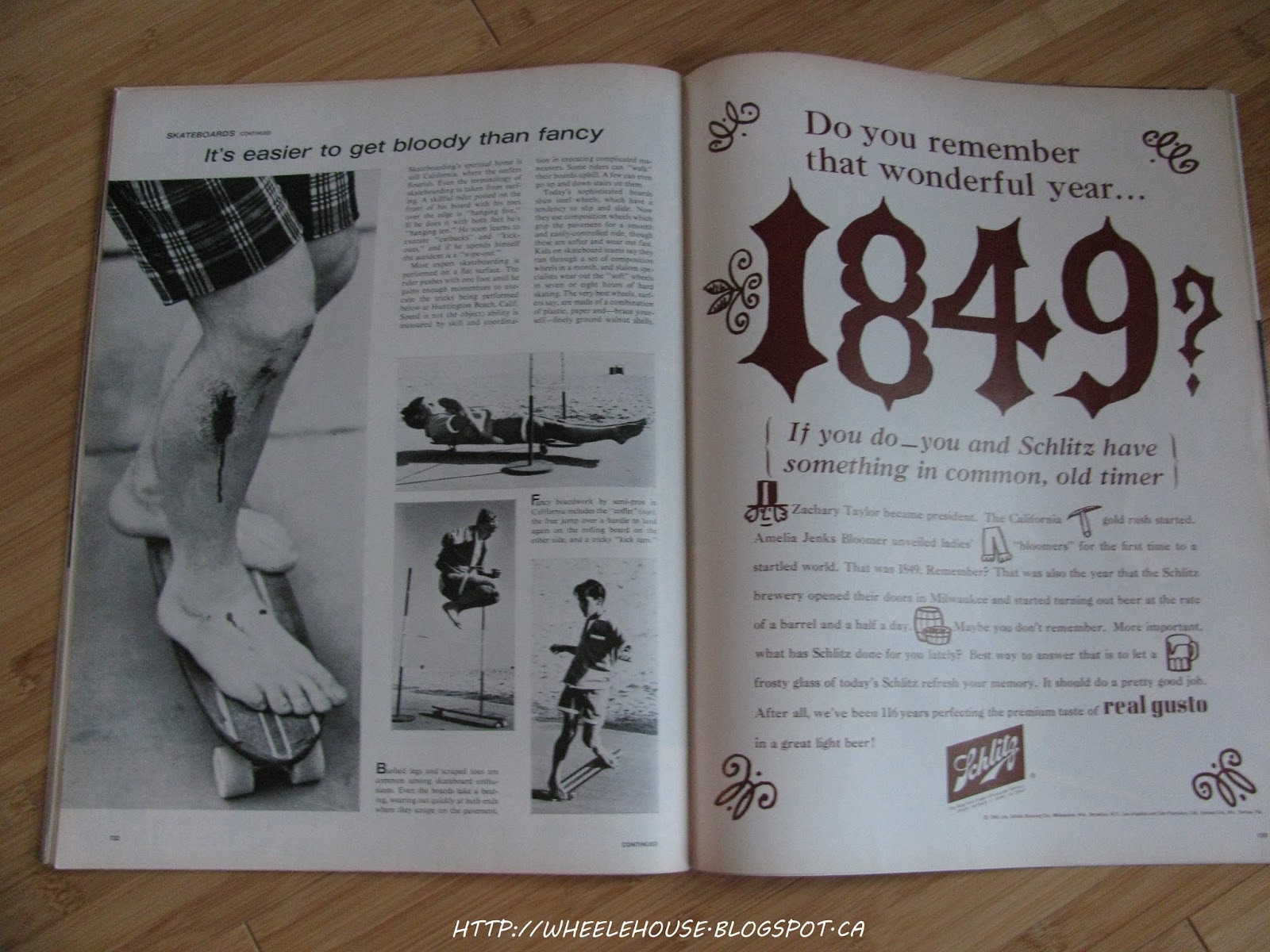 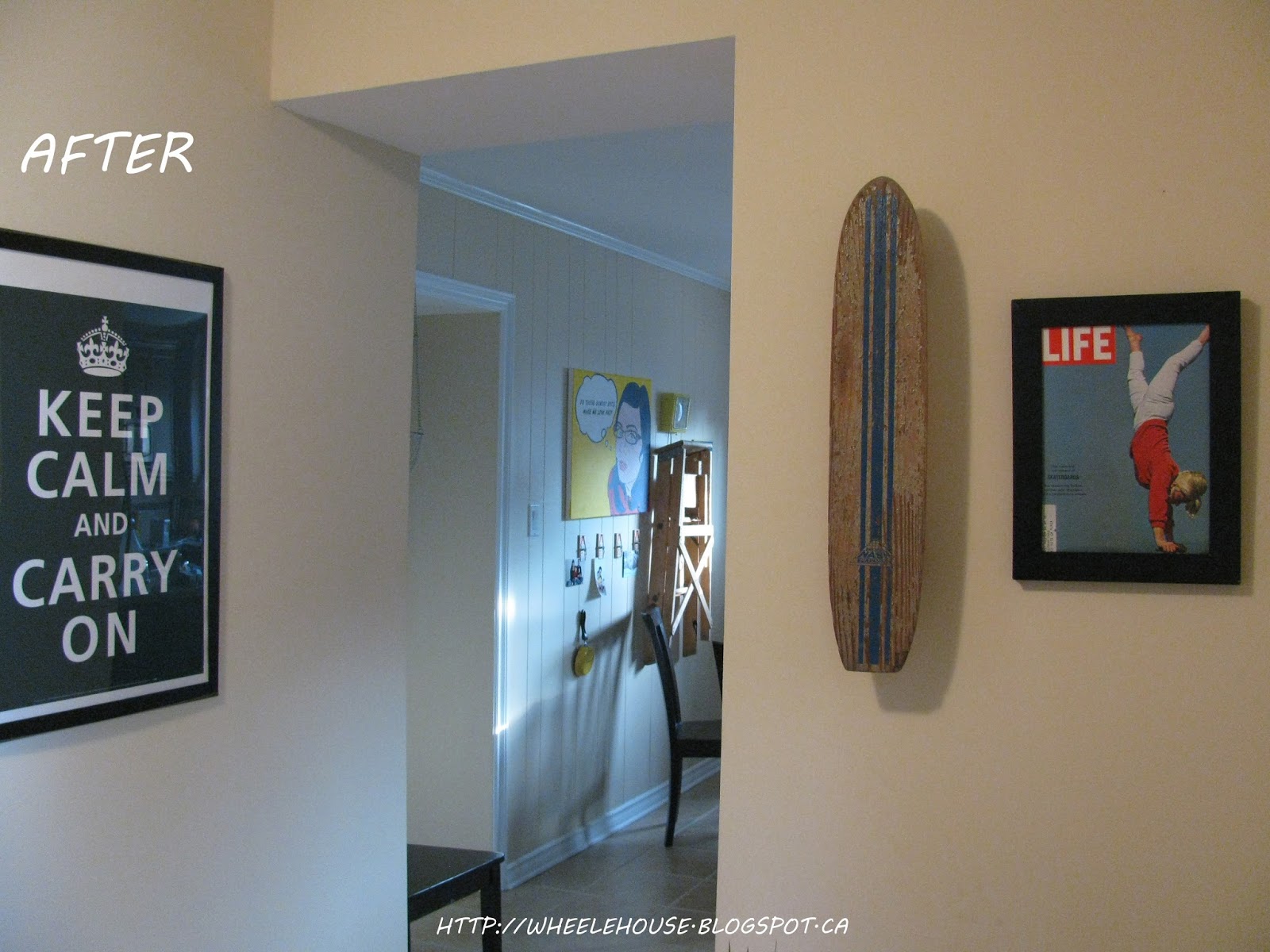 It brings some life to an otherwise boring corner. 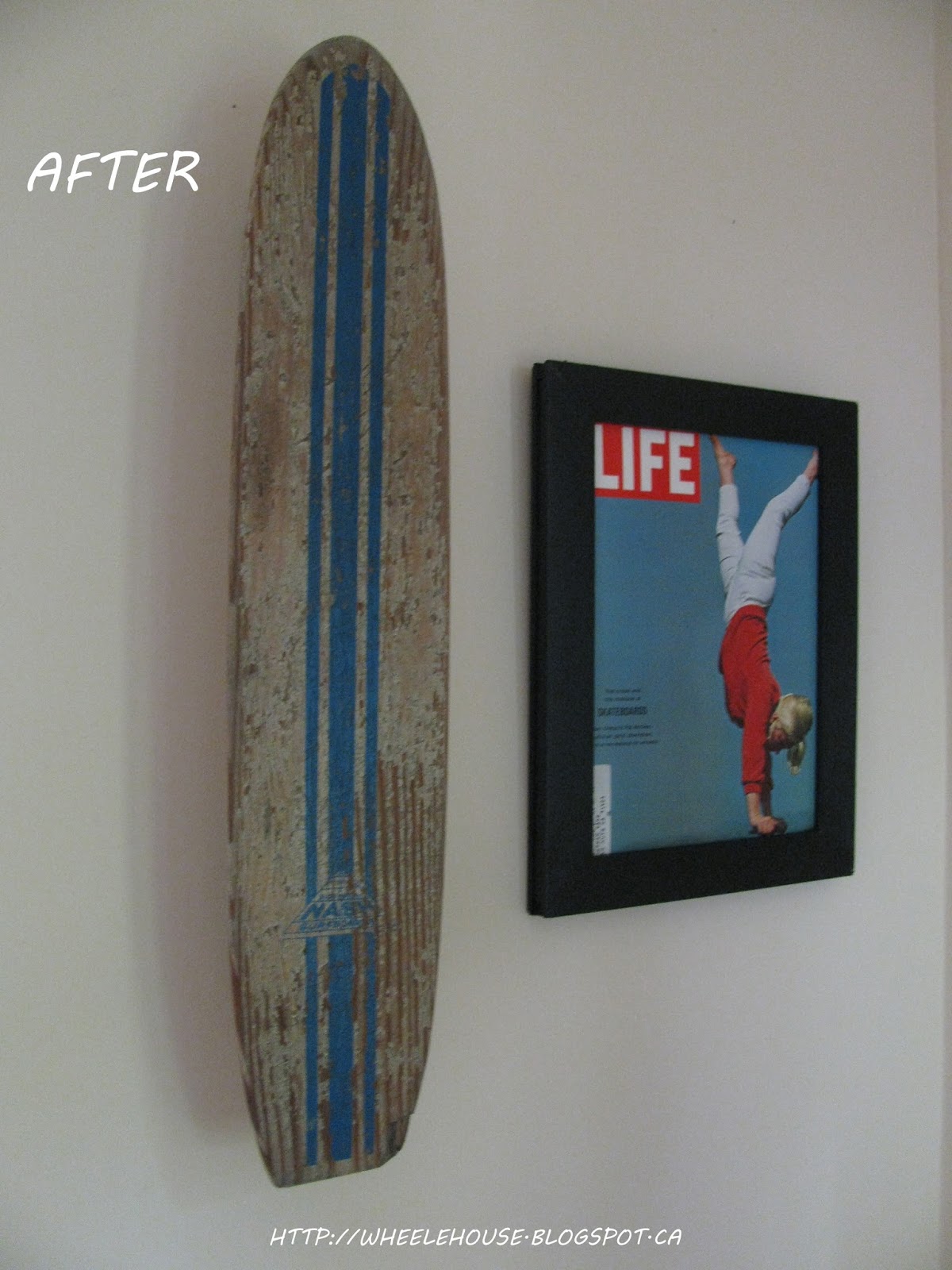 I think this is an awesome piece of history that shows a strong female doing a predominantly male sport. 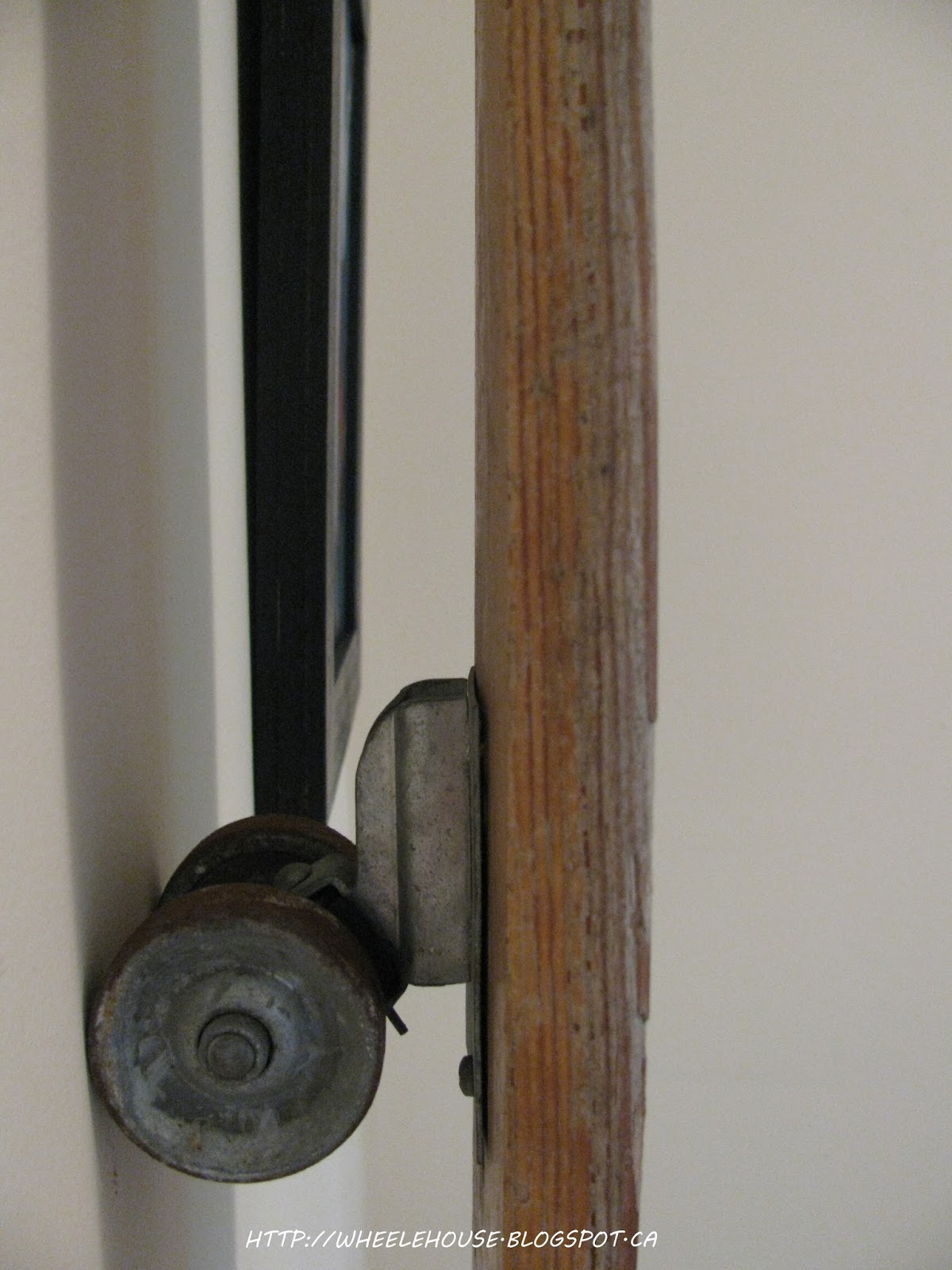 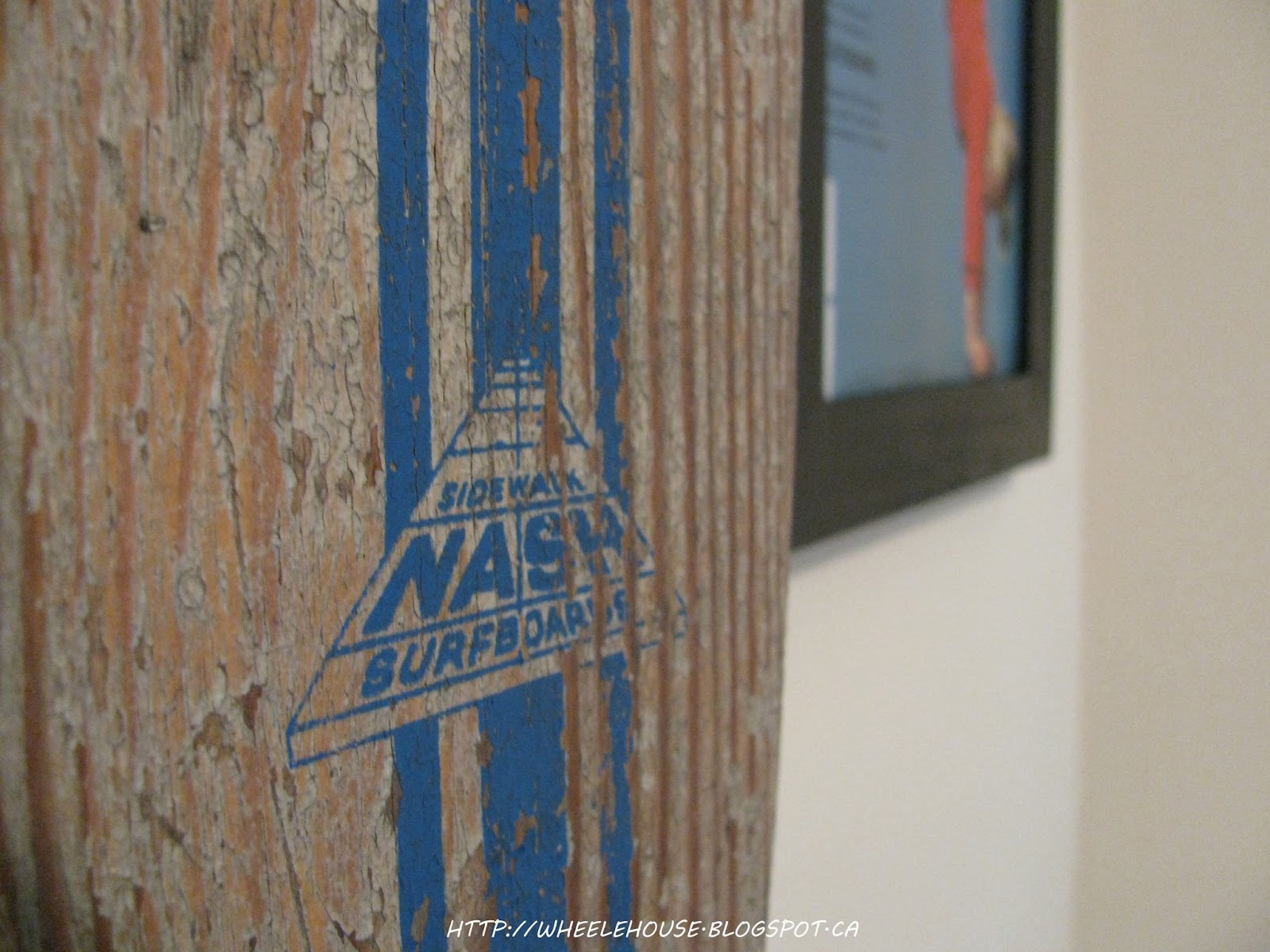