Kijiji comes through again in a BIG way.

I say big, because in neither case could I anticipate what I was actually getting. But I was just excited to get some free plants considering I had to give up so many of mine when we moved. 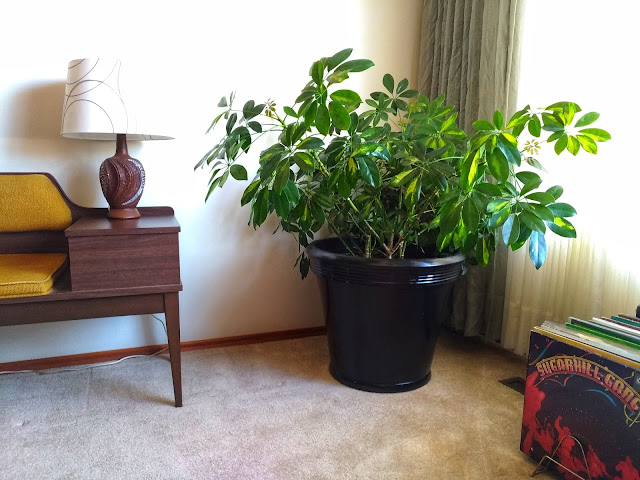 The first was this lovely umbrella plant. The photo certainly didn't do it justice, so I was expecting to pick up a plant about half this size. I mean, the pot alone is a behemoth. In order to get it home, I had to lay it on an angle with the front seat all the way back. 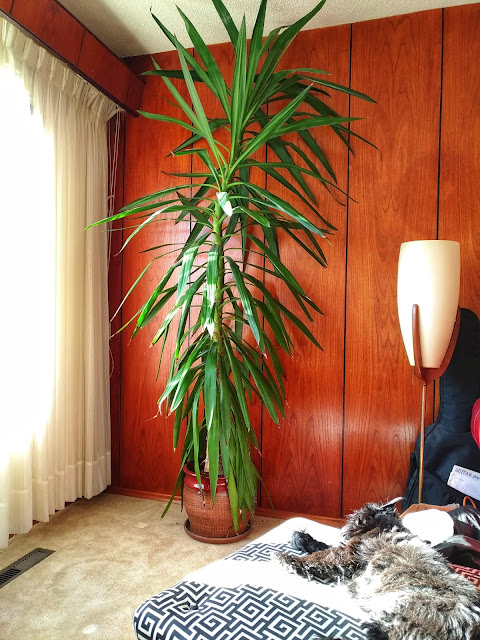 Then, more recently, there was this absolute beast! The seller said it was around 6 feet tall... 8', I'd say. And to pick it up was a hilarious adventure which included needing gas, GPS shorting out, and phone eventually running out of battery. (I guess I am getting to know the city a bit better now, as I did manage to make it home without help).

Finally, there was the debacle that was trying to remove the plant from the existing pot as the owner wanted to keep it. Fair enough... it is a free plant afterall! The plant was a little root bound and basically felt like trying to pry out dry cement from the pot. We finally got it to move, and wiggled it out little by little, with one of us holding the plant, and the other one pulling on the pot. HA! Oh, what the neighbours must have been thinking, which watching us struggle on that front lawn... 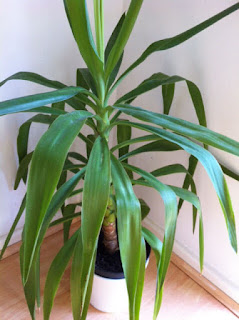 If anyone knows what it is, let me know. I think it is either a dracaena corn plant or a yucca. In either case, I am going to follow the steps and take a "leap of faith" cut described in this article. The image above is of a yucca Y. elephantipes, which looks pretty similar to me.
Posted by Pat Wheele at 7:51 pm