Before we moved into our home, we had to have vermiculite removed from the attic. While they were up there, we also had them re-insulate the attic to avoid issues later on (winter). The guys pulled a bunch of items from the attic including files from 1961, a vintage light-up lawn snowman, Tupperware, and finally a box full of wood pieces. The wood was in a plastic bin that had water in it, leaving the ends of some of them moldy. 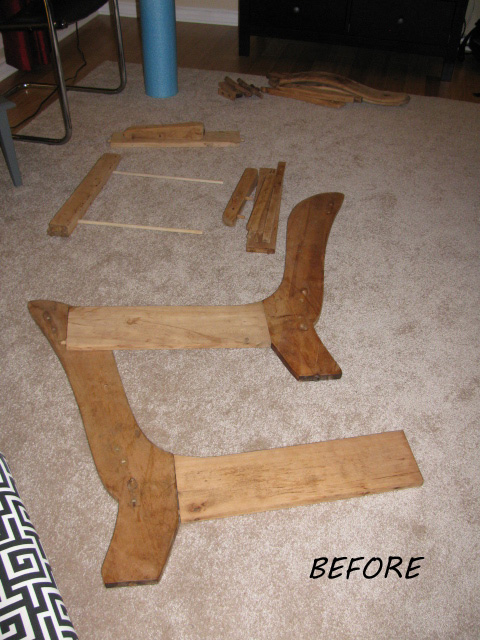 After cleaning the wood pieces with vinegar and water, I thought I might have a rocking chair on my hands.
At this point, my husband protested! He said, "If that is a rocking chair, and it starts rocking on its own ... I'm outta here!" 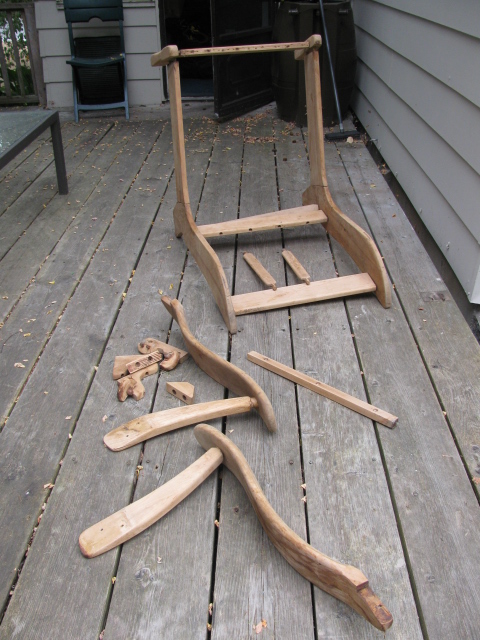 But as I began to put the pieces together, I discovered it wasn't a rocker at all.
The pieces that I thought might be rockers were actually arms for a wood wing-back chair, similar to a Monterey Classic 1930s chairs. 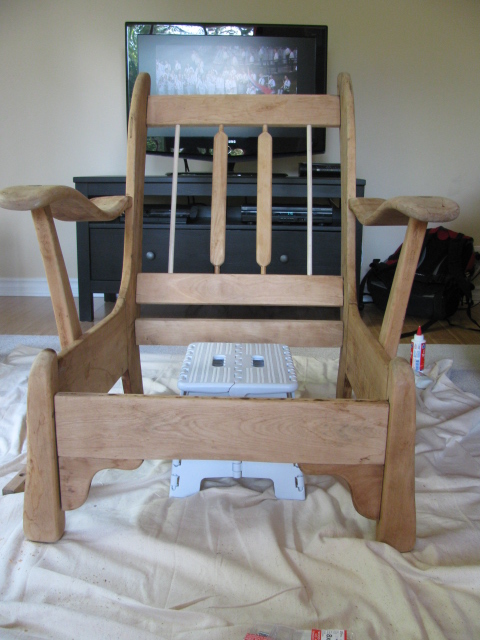 The chair had all of its parts except for 2 spindles. I could have had 2 more made to match, but thought it more prudent to make non-original parts look different. 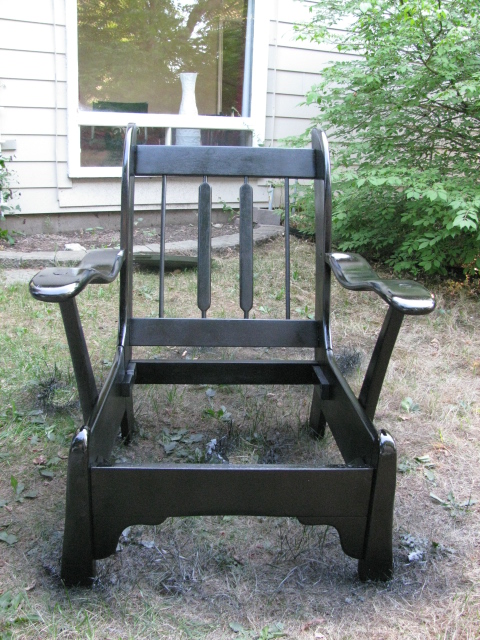 I decided to paint instead of stain since there wasn't a significant wood-grain that would have benefited from a stain finish. The glossy black gives it a slick varnished look, without having to varnish. 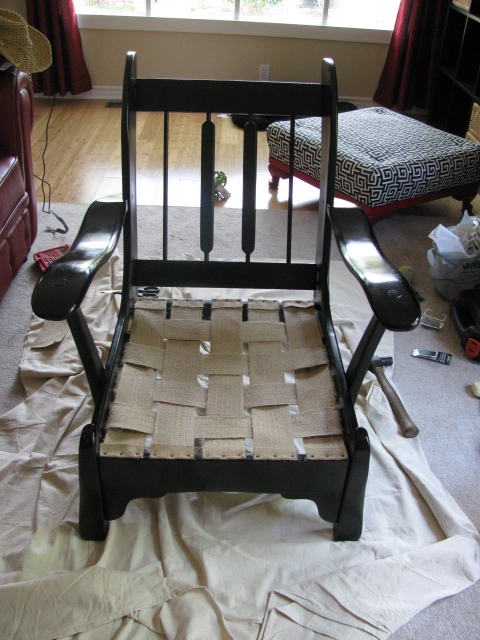 The chair had no trace of there ever being springs in the frame, so I bought webbing to support the future seat cushion. 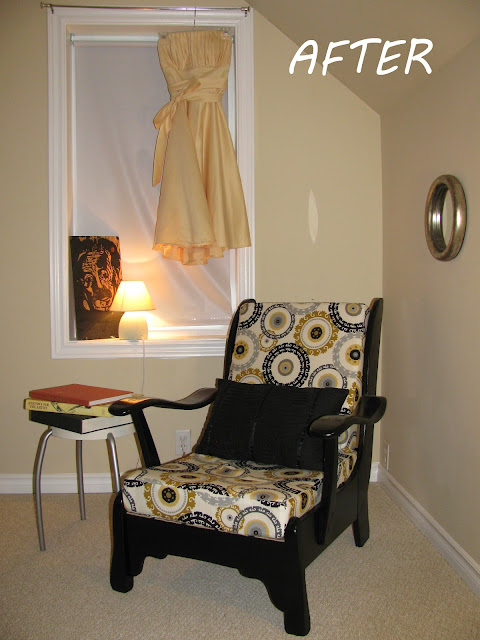 The fabric I chose is a large graphic print that was complementary to the shape of the chair. 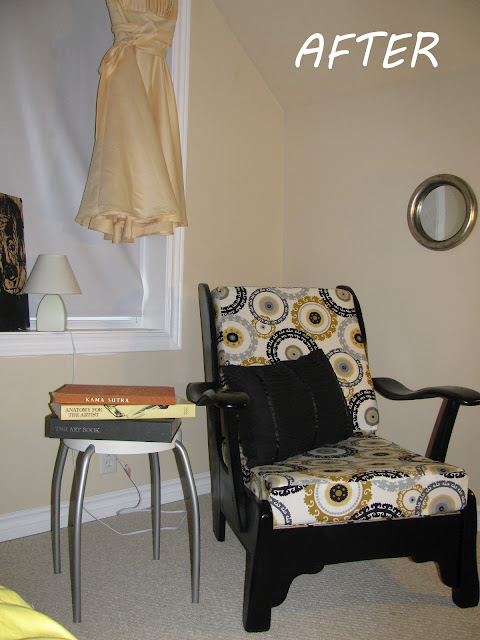 I used re-claimed 4" foam inside the cushions, and it not only looks great but is extremely comfortable. 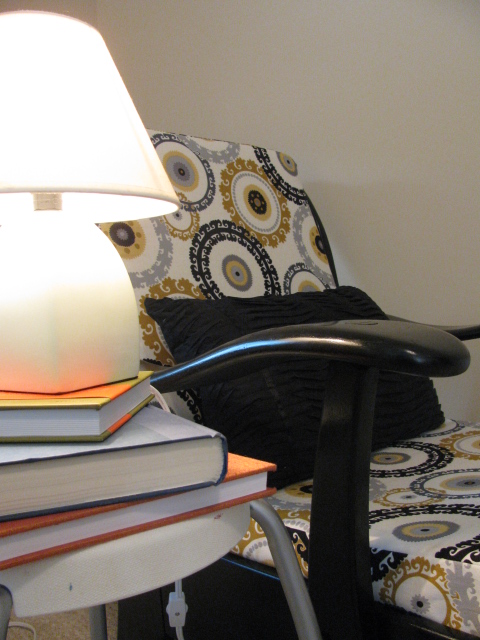 I am so enamored with how well this piece turned out - oh and if it is haunted, we will never know! 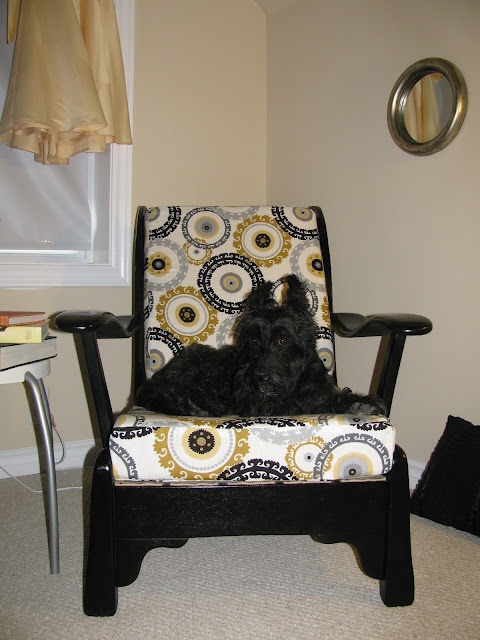 And finally, my favorite model, Grey, whose sleep I interrupted.
Posted by Pat Wheele at 12:55 pm