I totes forgot to post Part 4 on Monday!
Whoops!
Okay, so in Part 3 we talked a little about me and my girls: our attire and accessories.
This time, we are going to discuss the boys! 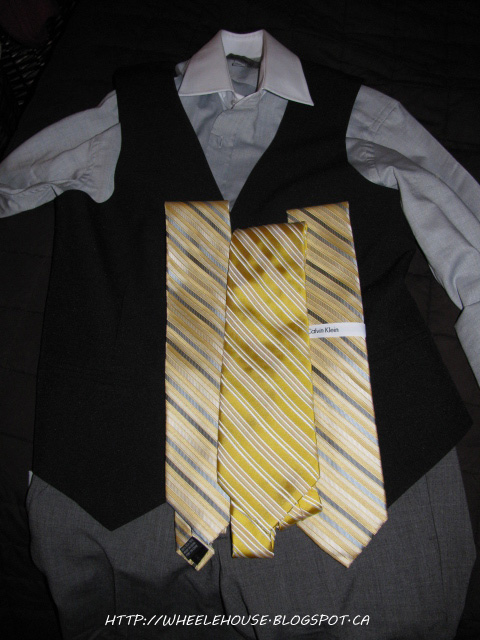 As you know, the colour scheme of our wedding was grey, black & yellow. This is hubby's outfit shown with his tie, and the two ties for his groomsmen. This all worked out beautifully, since the main tie has the most punch of colour, and the groomsmens ties pick up on the colour of my dress AND the bridesmaids dresses. 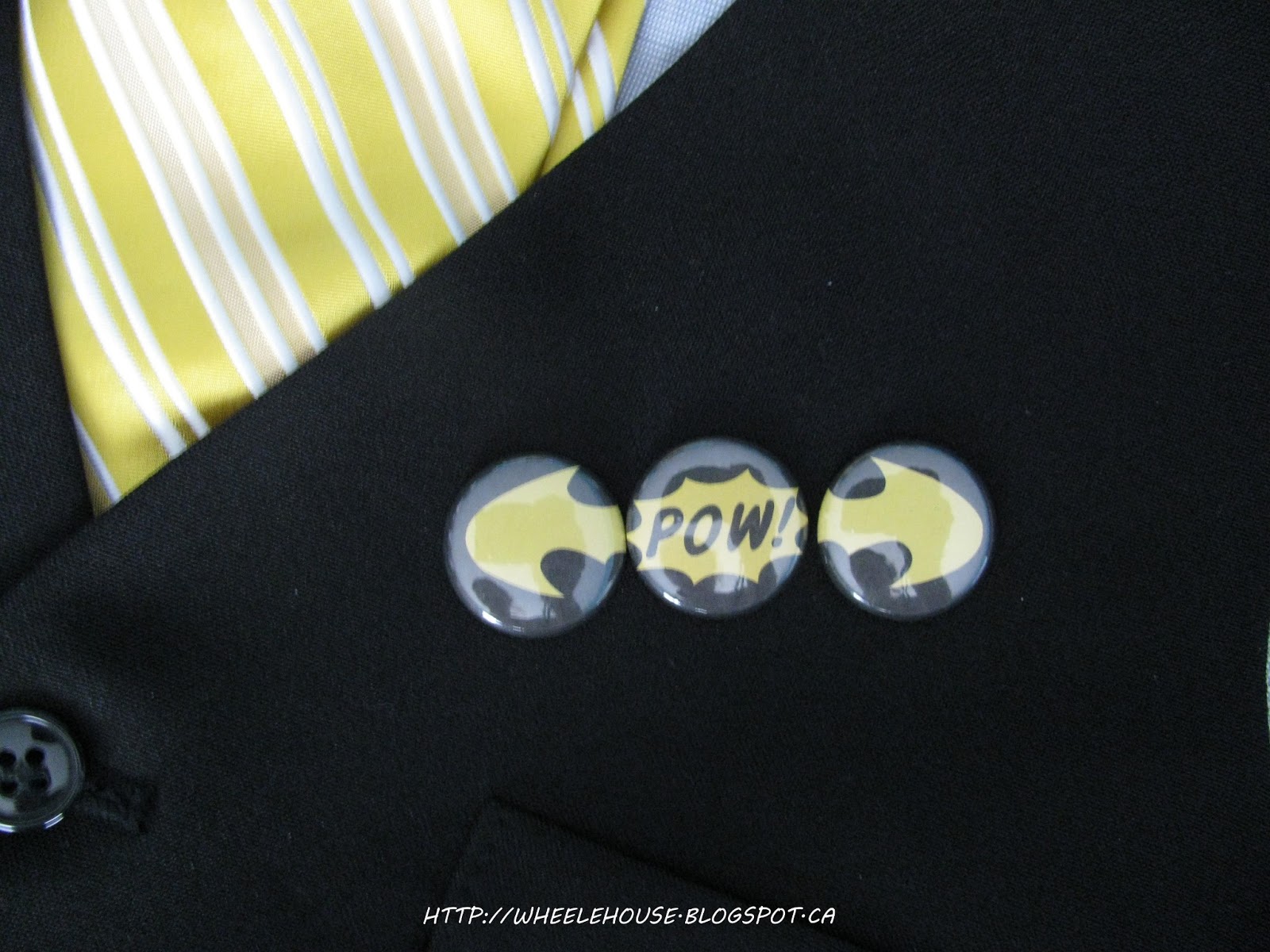 If you haven't figured out the theme of our wedding yet, I fear this might have tipped you off.........

As I mentioned in previous posts, we decided to go flower-less due to my outrageous black-thumb syndrome. So, what does one do it they can't do boutonnieres? They make adorable pins!!! I rented a button machine from Victoire (or was it Milk?) and printed off a million Biff, Bam, Pow, etc circles and some bat-wings as well. I spent a good hour cutting them out and pressing them into little pins. 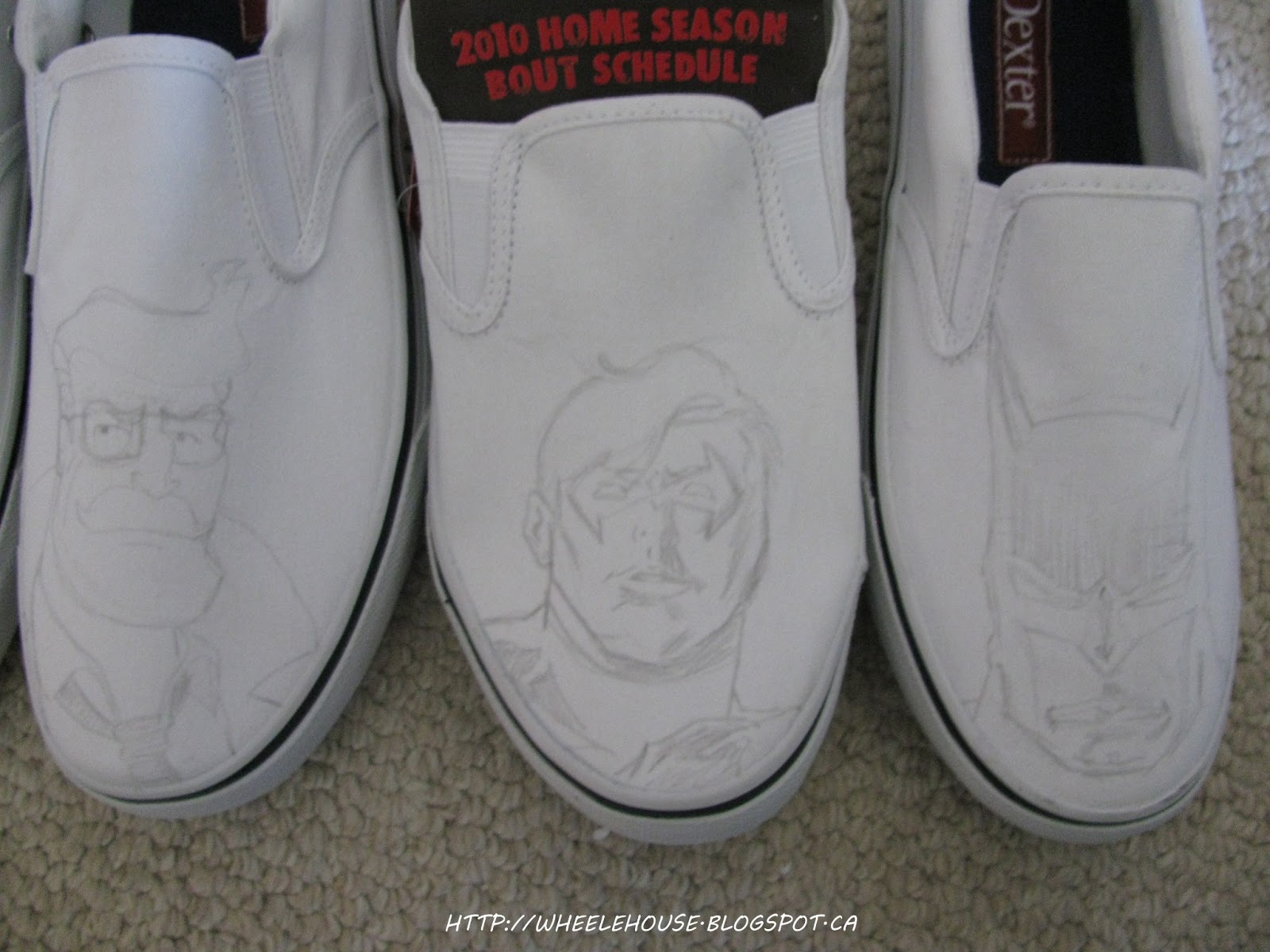 Then came my big surprise project.
Hubby is a huge Dark Knight fan, so I did up some shoes for him and the boys.

For Hubby, I did Batman, obviously.

For his brother Matt who is a trampoline coach, I did Nightwing (the first Robin - an acrobat - who went on to be his own superhero).

And for his groomsman Jason, I did Commissioner Gordon. Jay is a firefighter, so I liked the idea of him being the calm official in cahoots with some questionable characters. Life imitating ART! 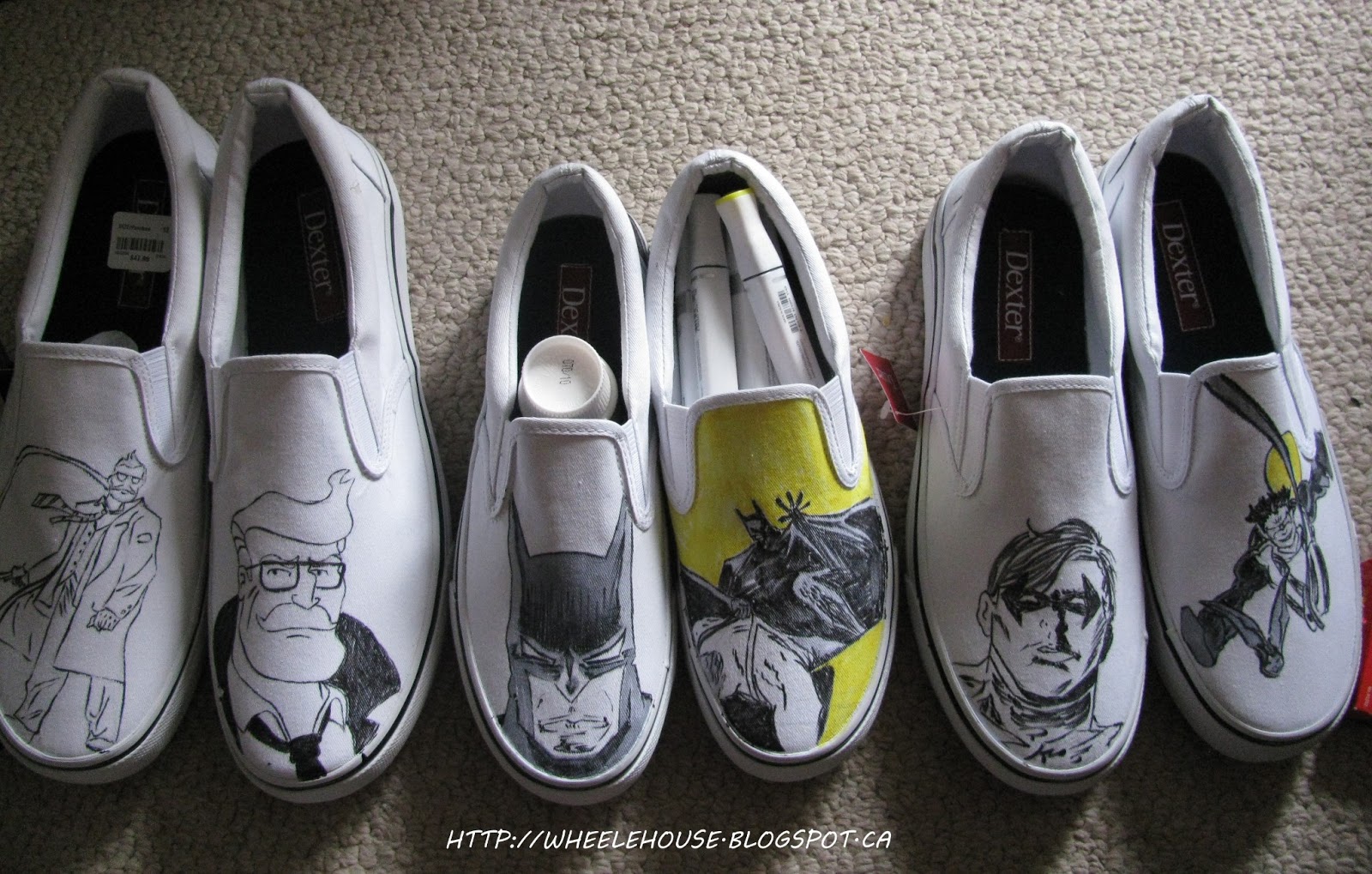 As you can see, my references were from different artists. I had to find just the right head and image and action image for each shoe. I don't know that I am an artist, but I am one hell of a mimic.

I started with plain white canvas shoes, and did a rough sketch with pencil.
Once I was happy with it, I used Alpha design markers with a brush tip to outline each drawing.

K, small tip - I always use square markers because they don't roll away. I hate all of my Prismacolour and Tria markers for that reason. So annoying. Copic does a weird shape too, that stays put. As for the ink itself,  it is alcohol-based and quick dry. 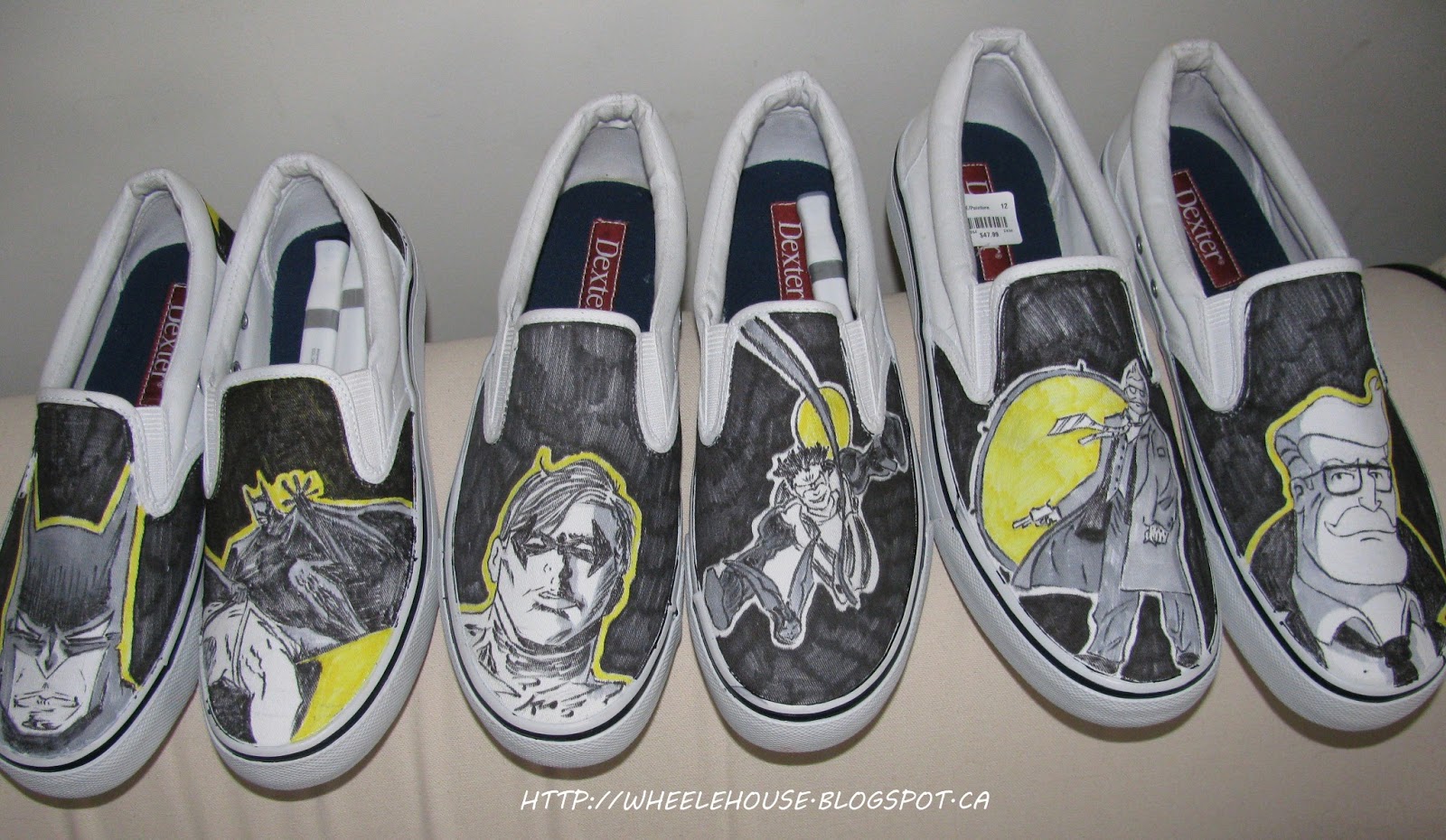 When I finished rendering - this photo is not the finished product, btw - I sprayed the shoes with several very light coats of a fixative. Be very careful when doing this as the 'wet' quality of a fixative can make the ink run. By doing several light coats, I was able to build it up gradually to avoid running ink. 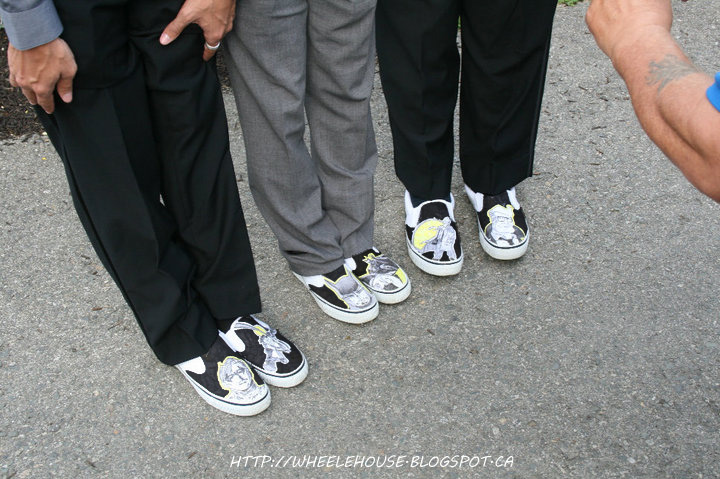 I had the shoes delivered to the boys' hotel room where they were getting ready. On my way to my hair appointment, I called and told the boys they could open their boxes. I didn't find out until the reception that Hubby had assumed that I had them commissioned; he had no idea that I did them. I guess I was just too good at mimicking other's styles. :P

Stay Tuned for Part 5, next Monday!
Posted by Pat Wheele at 8:07 am