If I hadn't mentioned it before, our nursery theme is Canadian Cabin.
I figure it works if it is a boy or a girl! 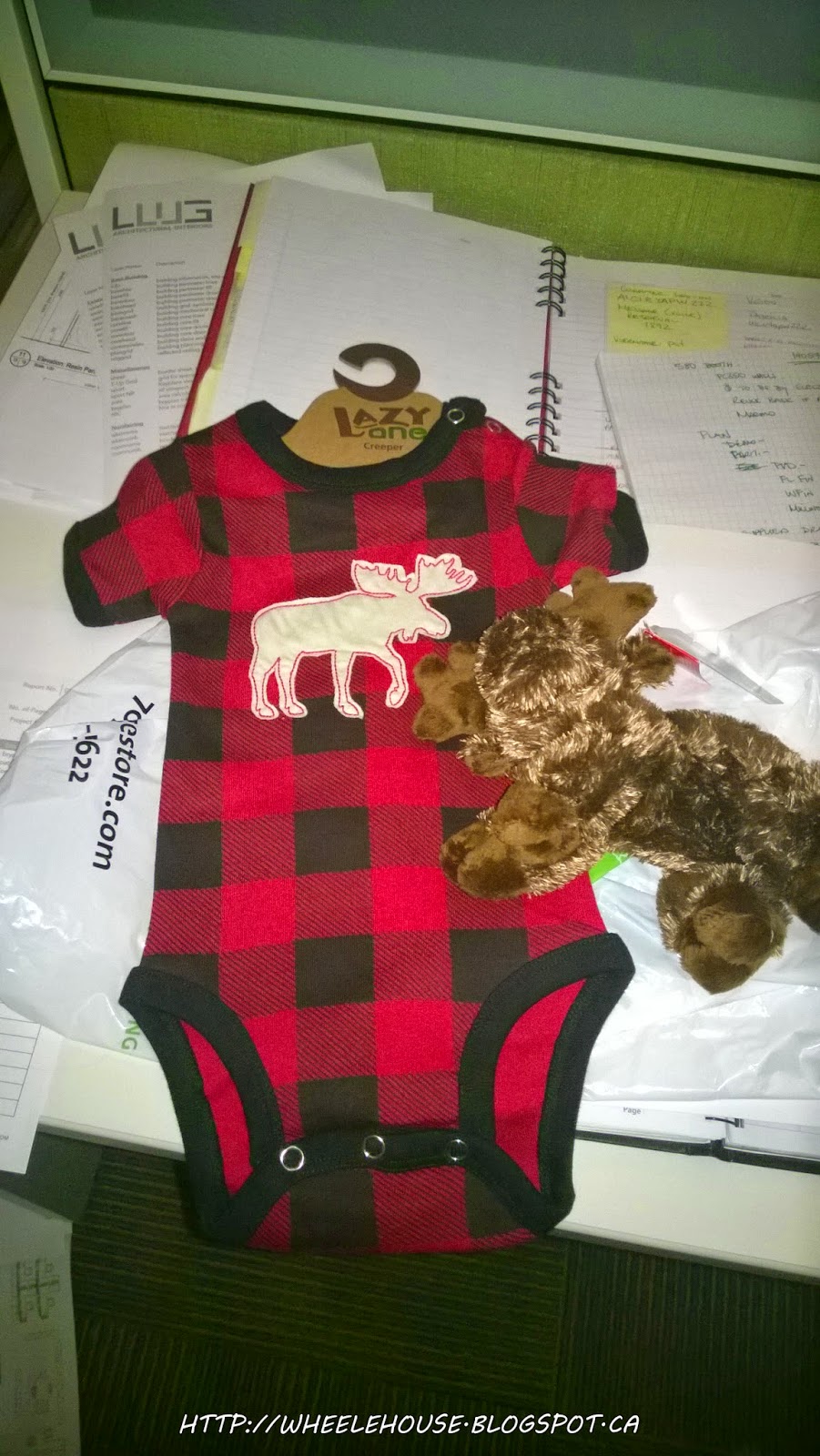 As such, my colleague got me this adorable onesie with stuffed moose. Adorbs.
Thanks Lauren & Family. Lauren might be the only one in the office who talks to themselves as much as I do. It makes for an interesting work environment. Miss you Lauren!

...Anyway, this was perfect, since I had an idea for a hunting jacket pillow. 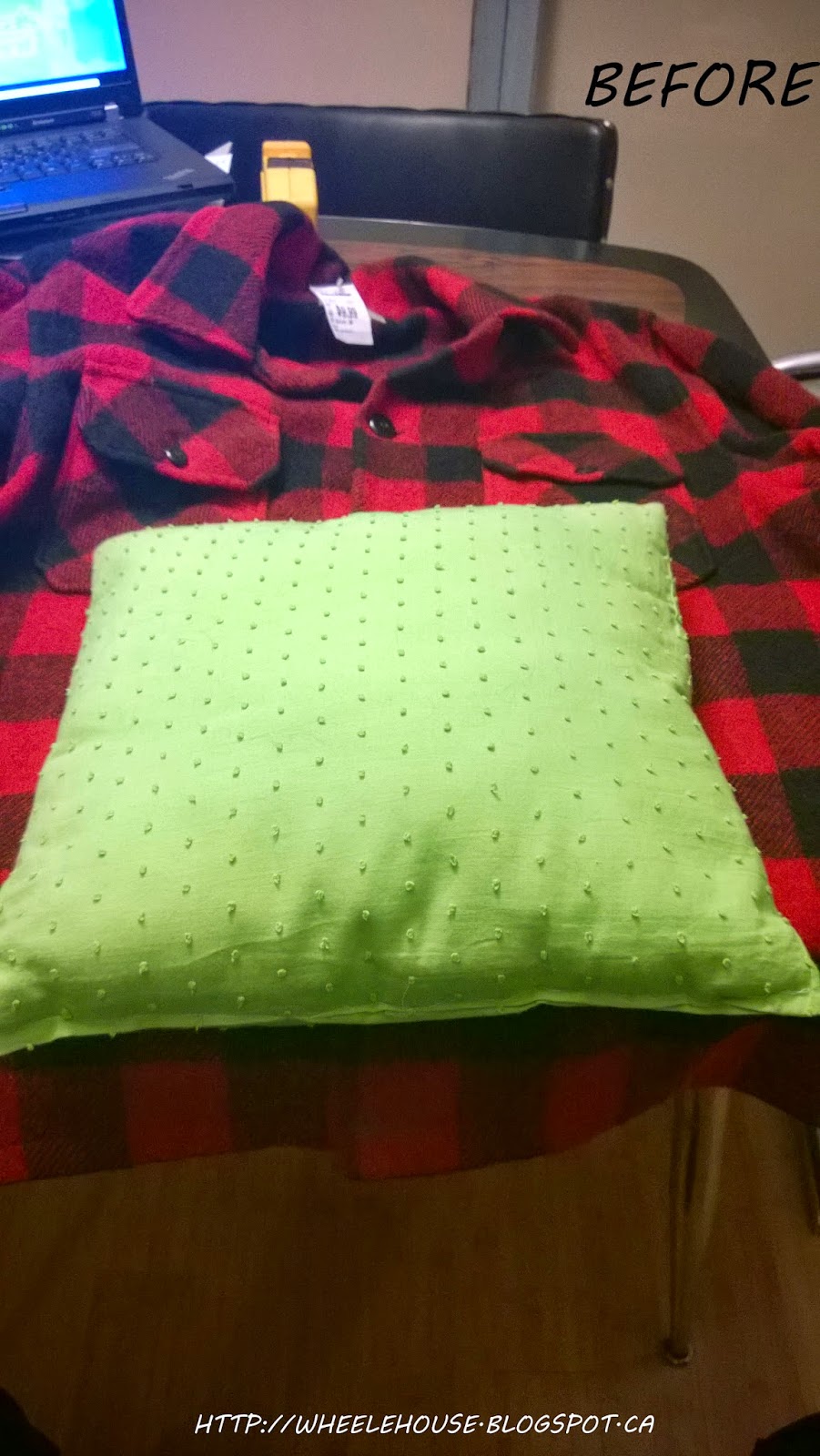 I started with a pillow I hated, and a classic red & black Canadian hunting jacket that I found at Value Village. 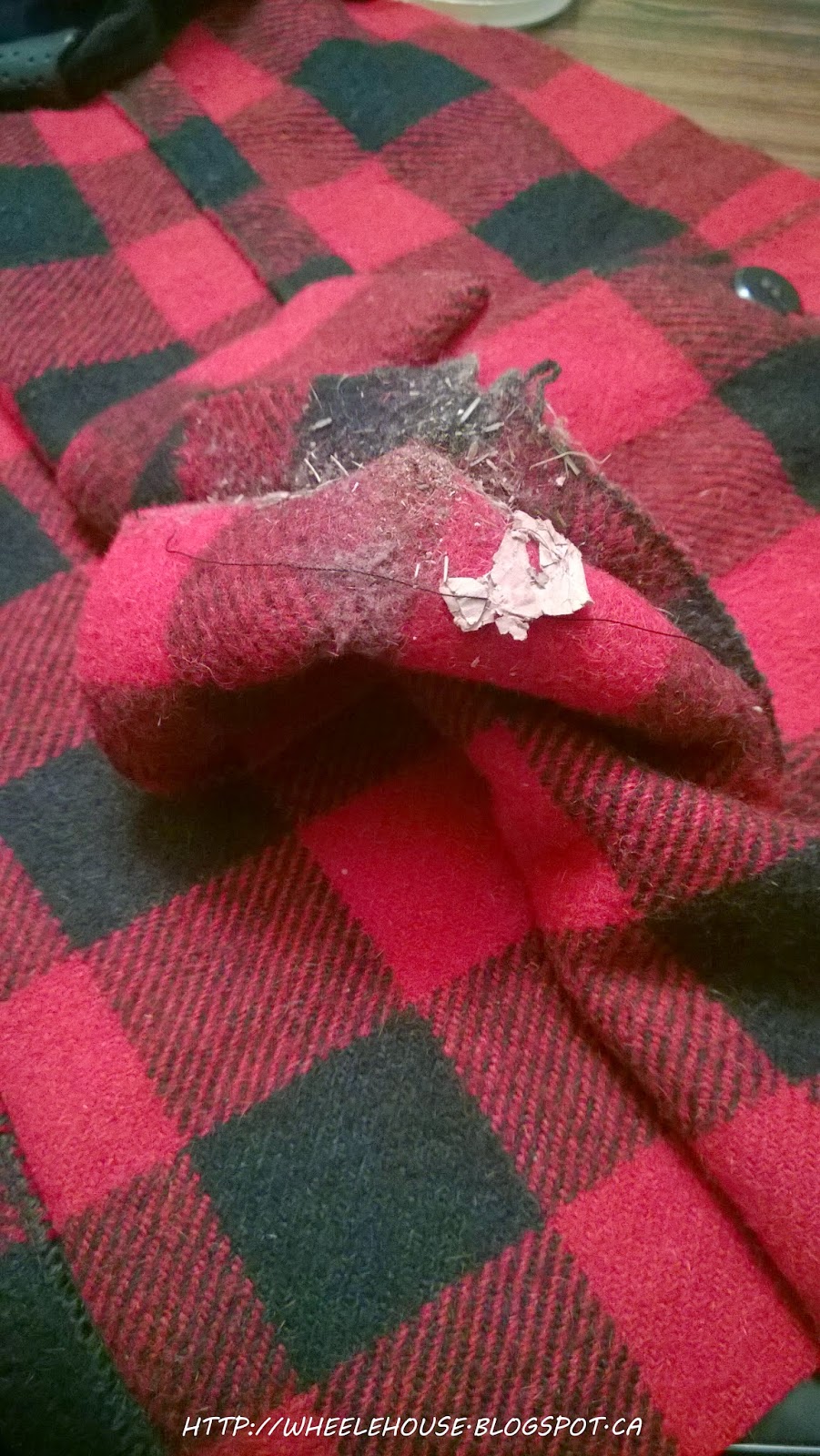 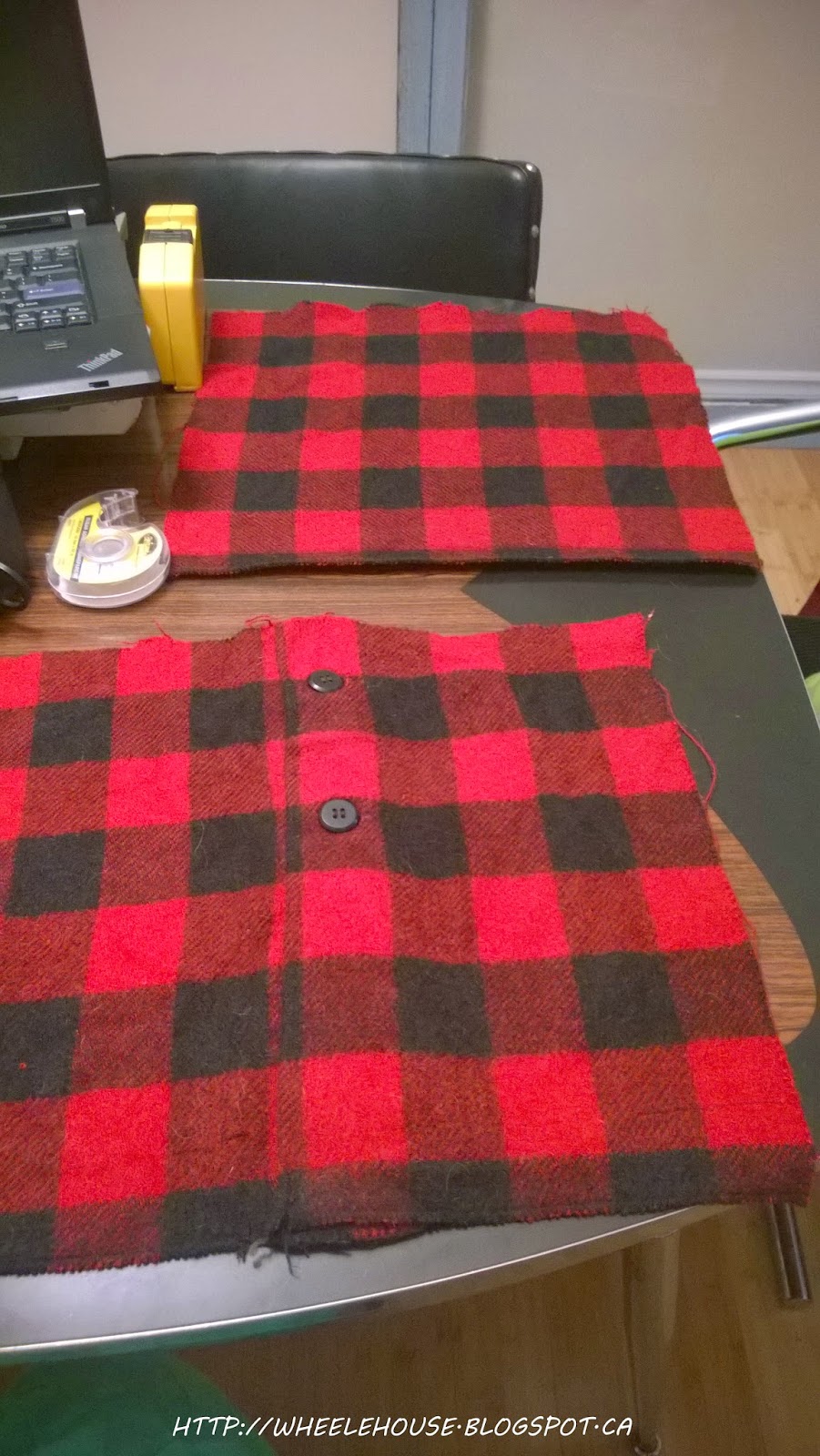 As I began taking it apart, I saw that it really was a work jacket at some point, as there were seams with sawdust in them. (Yes real live sawdust!!)

After cutting a square for the front and back, I took this opportunity to wash the two pieces. 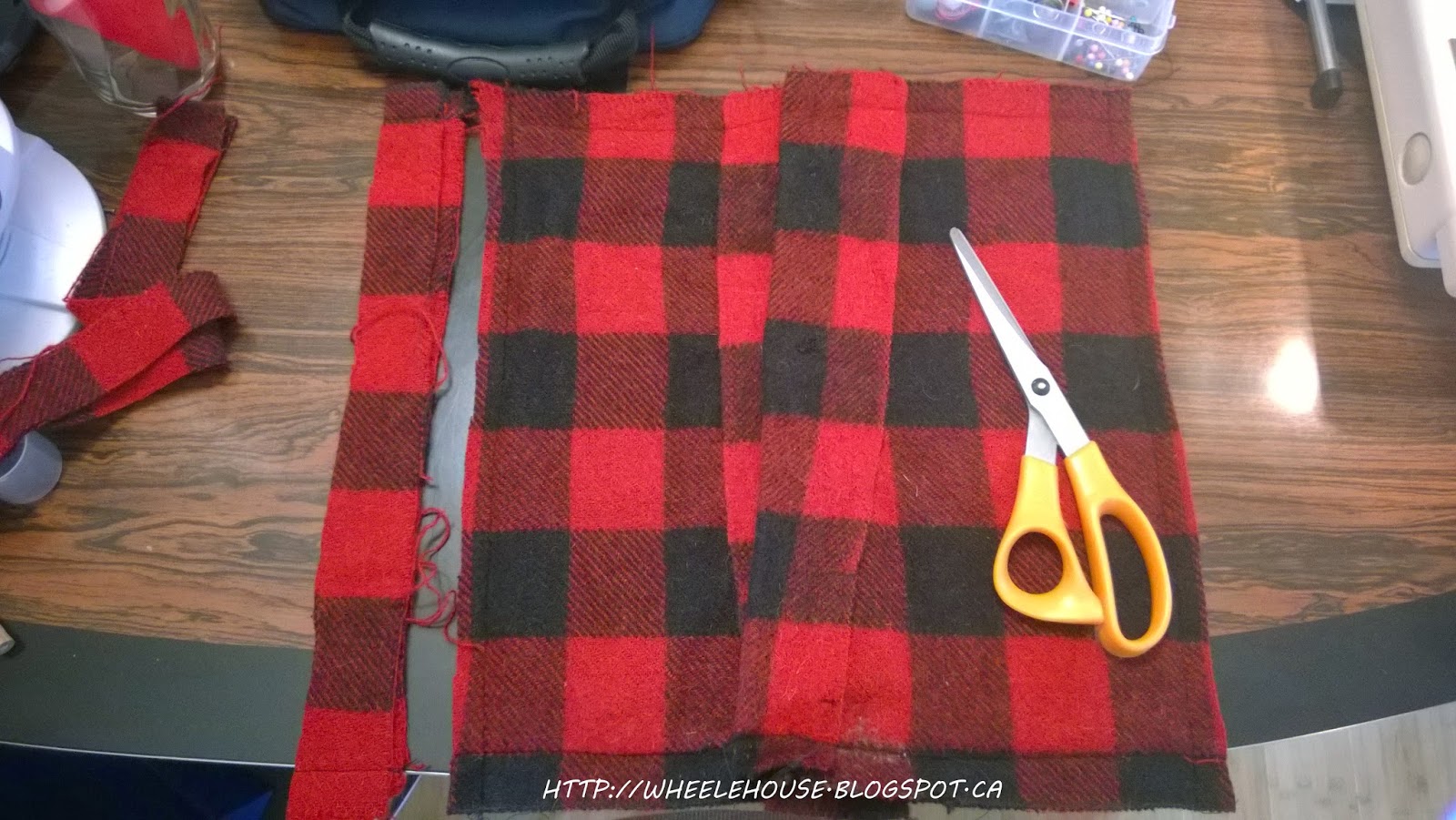 Because I am lazy, I decided to use the existing front opening of the shirt to take advantage of the buttons.

This also serves as the opening to allow the pillow to be inserted, and as a decorative aspect to the pillow. With the right sides together, I sewed all four sides.

Next, turn the cover right-side-in, and stuff the pillow inside. Easy peasy lemon squeezy.

Of course, my title did imply that there was a chair involved in this post, so I should probably talk about that too... 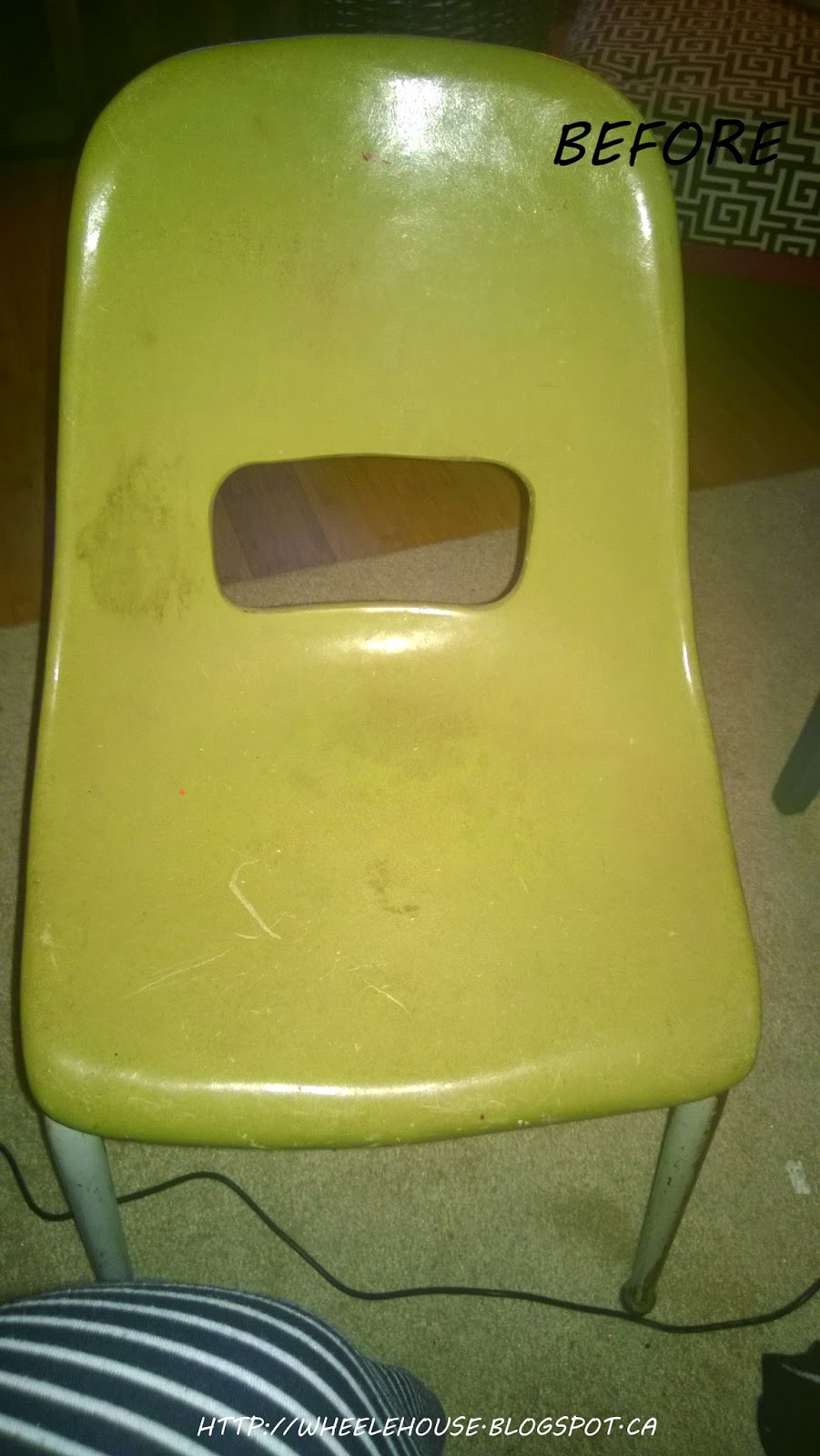 While out junking a year or so ago, I came across this little mid-century school house chair. Although, we weren't thinking specifically about children at the time, I loved it, and thought I could find a use for it.

As you can see, it is stained and scratched - in need of a little love. 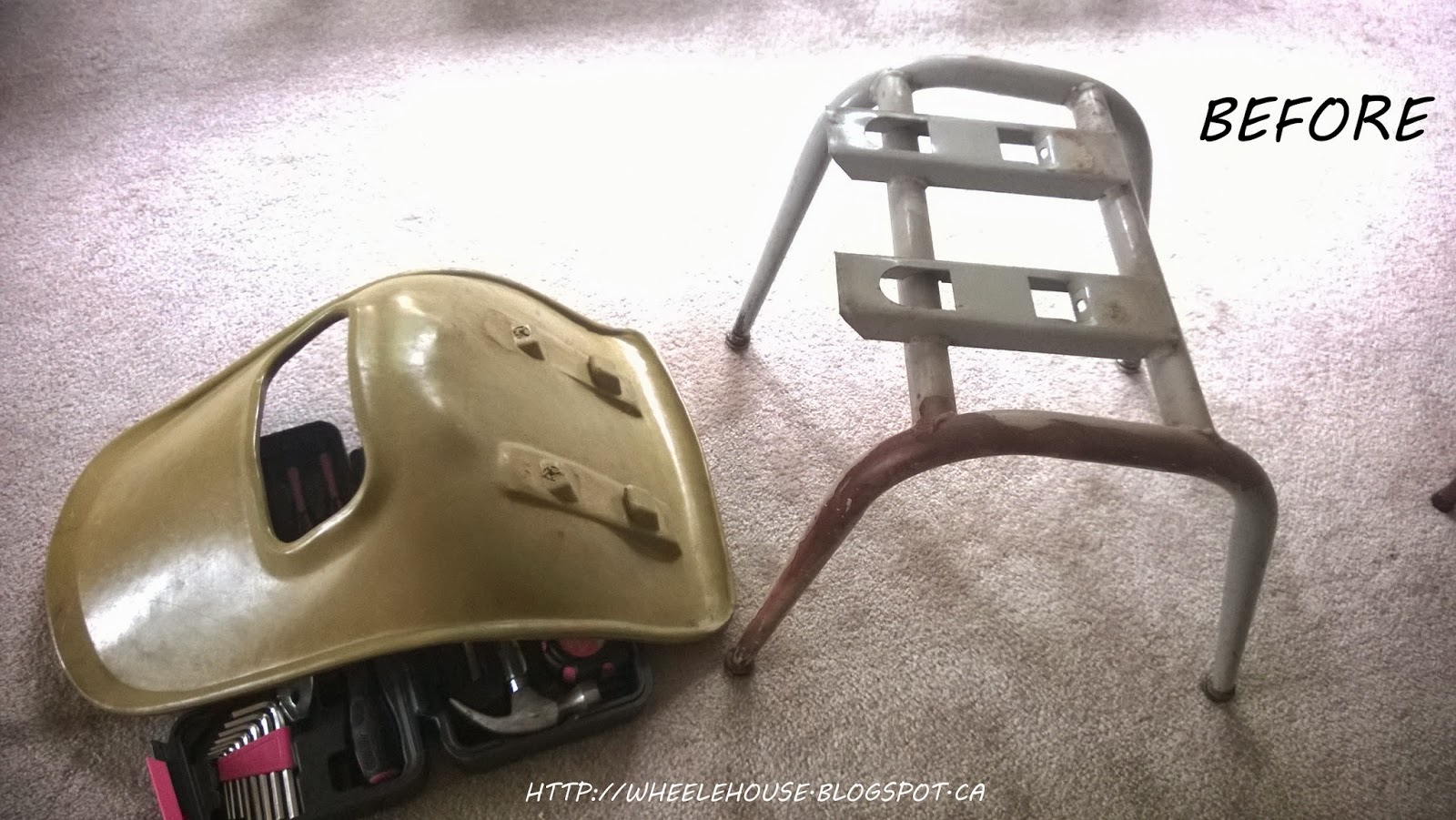 First, I removed the seat from the base. The base alone, needed some TLC since it was two-toned with some sort of rust-coloured paint spill. 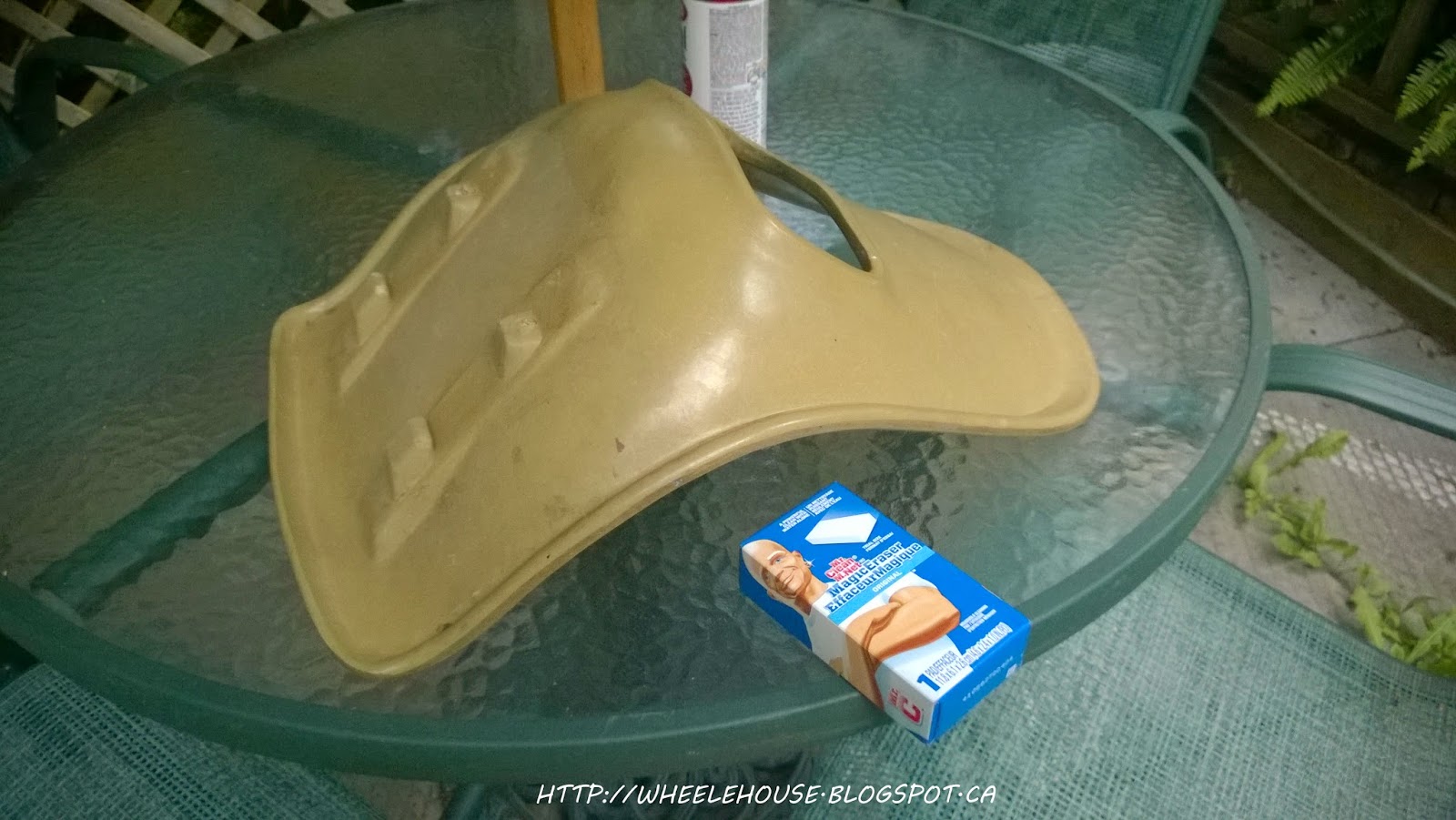 The shell, I attempted to clean with a good ol' Magic Eraser, but the dirt was a little more embedded in the fibreglass than I had first thought. 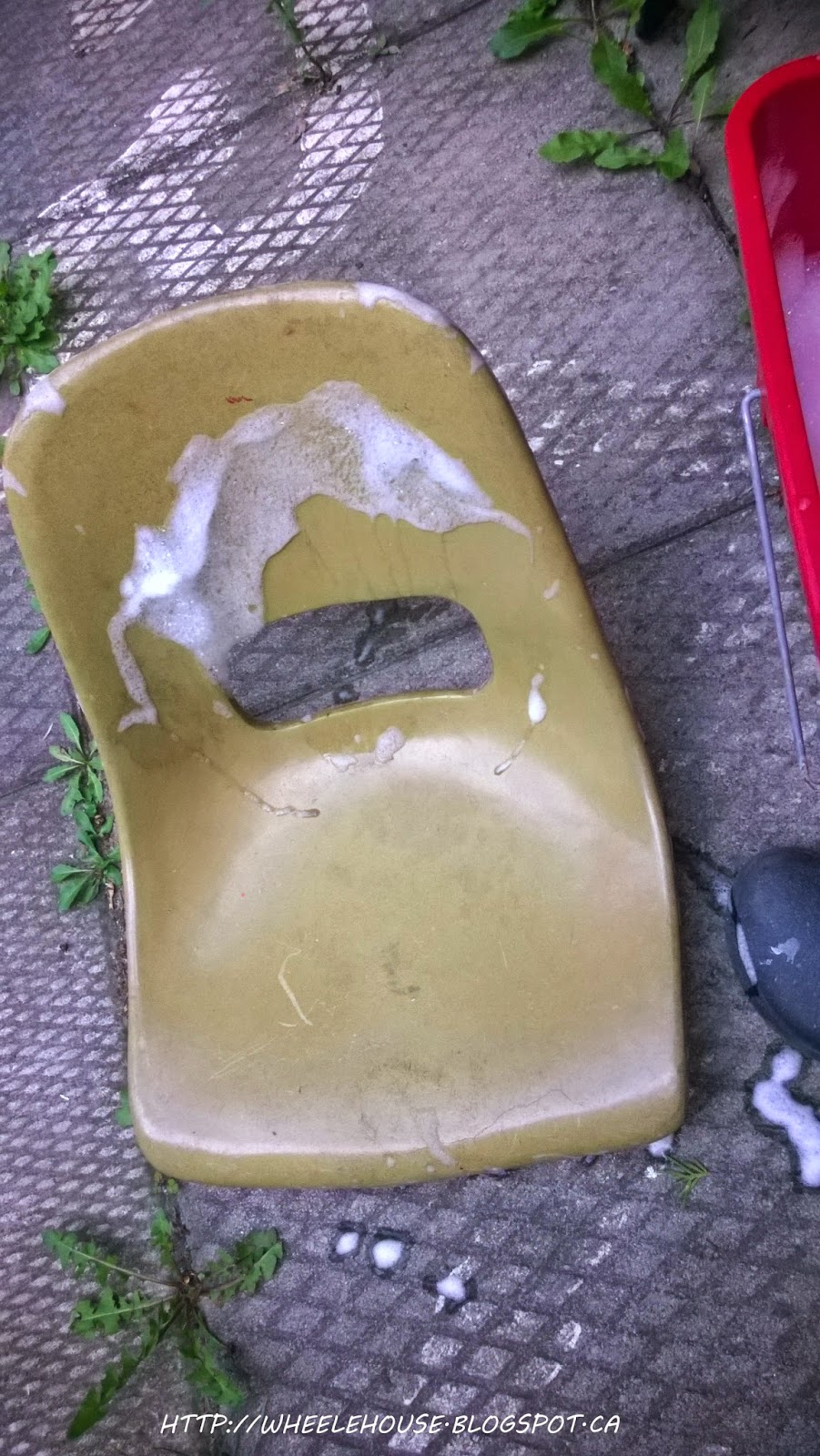 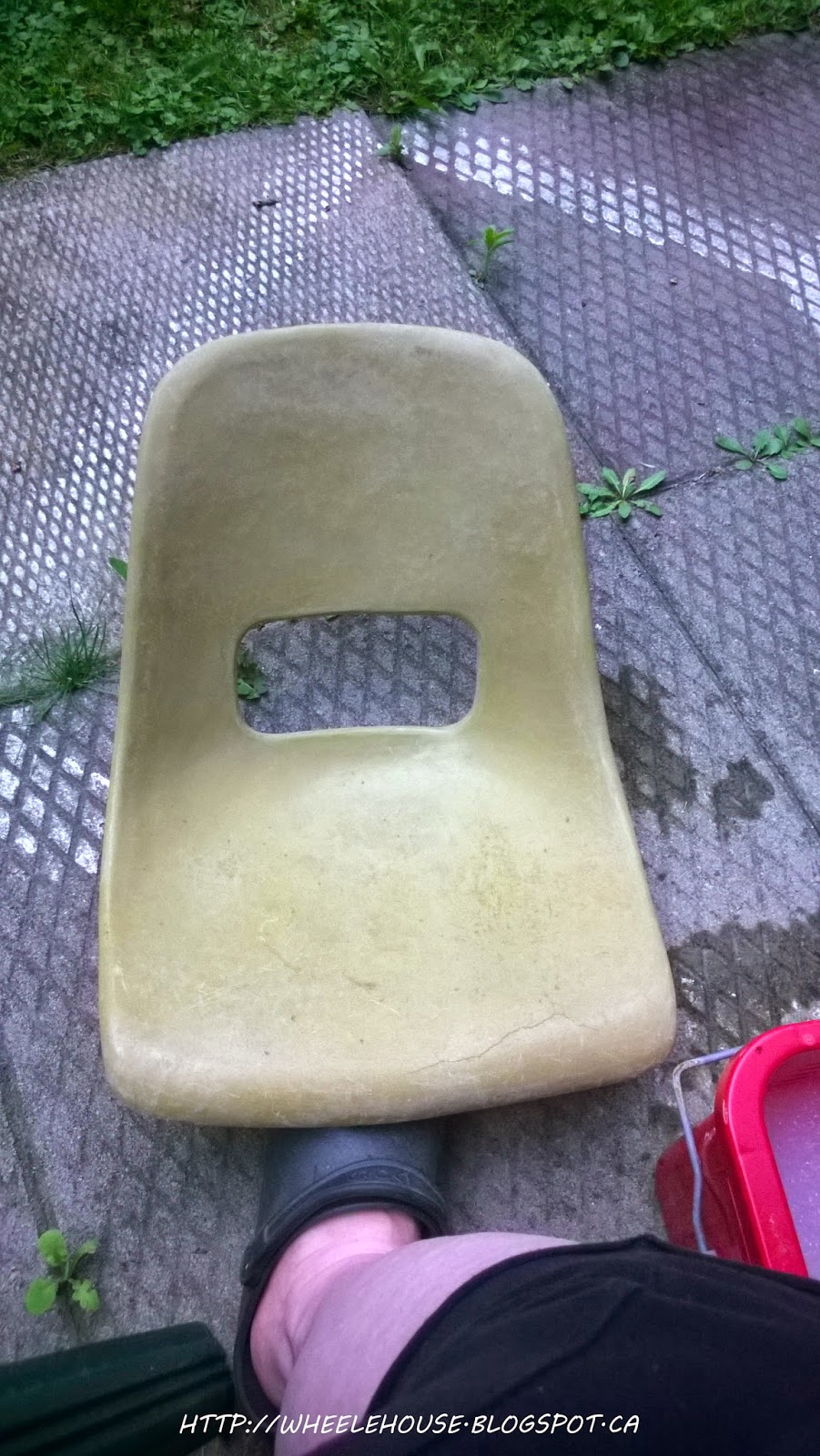 Out came the fine grit sand paper, and I gave it a wet sand all over to even out the tone. 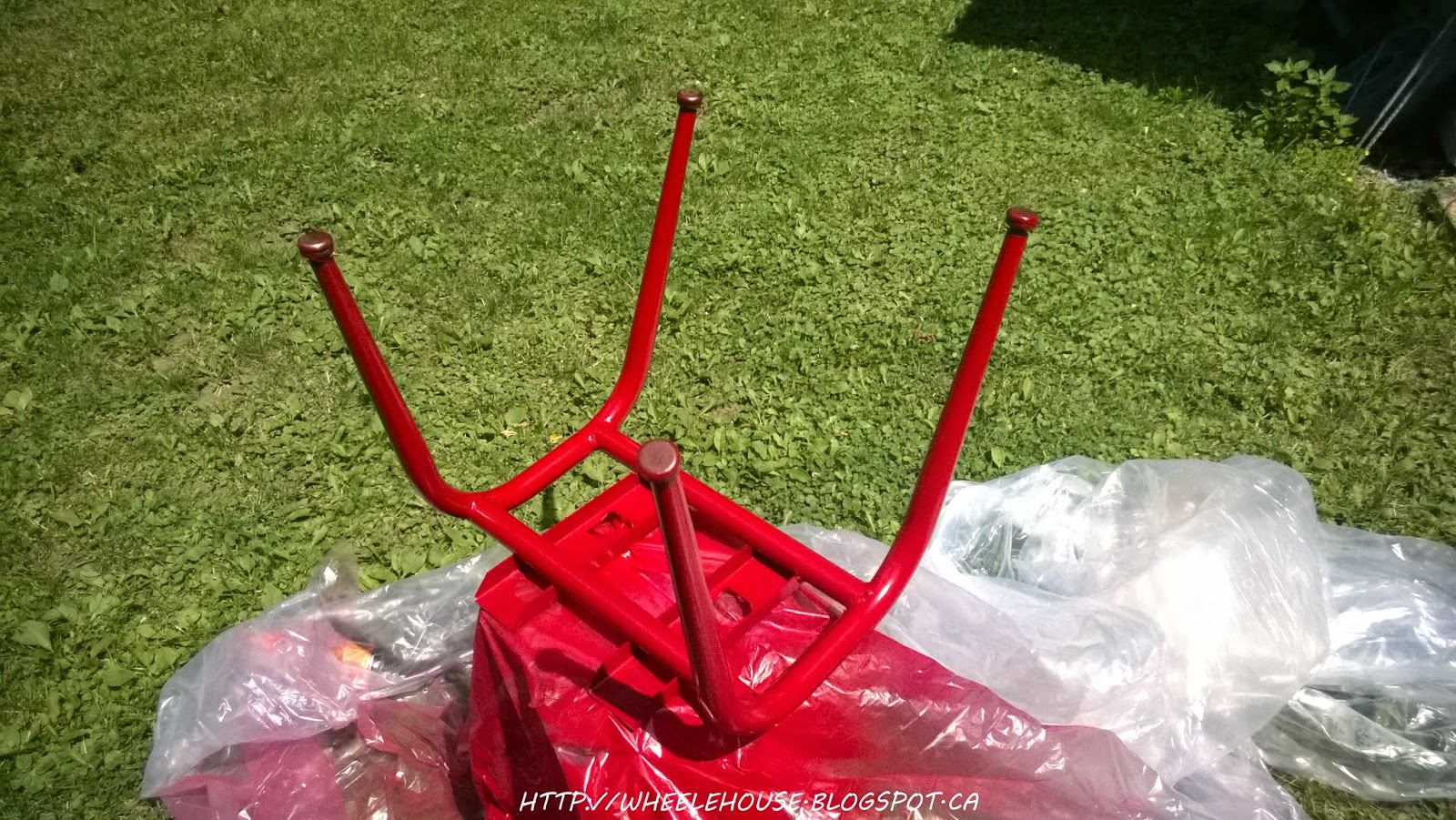 While waiting for the shell to dry, I began painting the metal base a true cherry red. This took many coats. 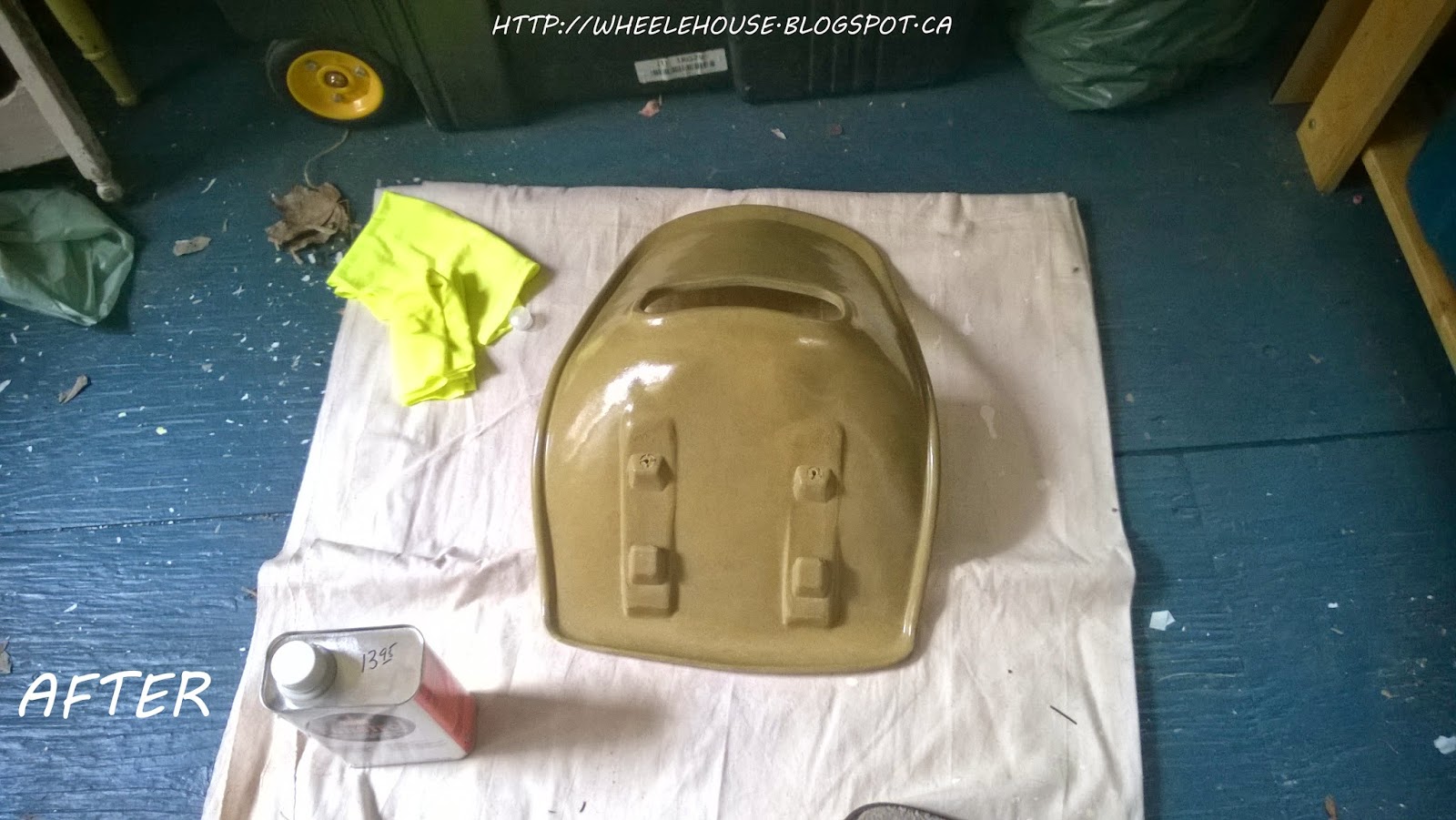 When the shell was dry, I used Penatrol  to bring out the original shine of the chair - starting on the back.

I got the idea to use Penatrol from another site, Chair Fag. Hehehe... because your gay for chairs... kills me!

You can find more step-by-step instructions there. 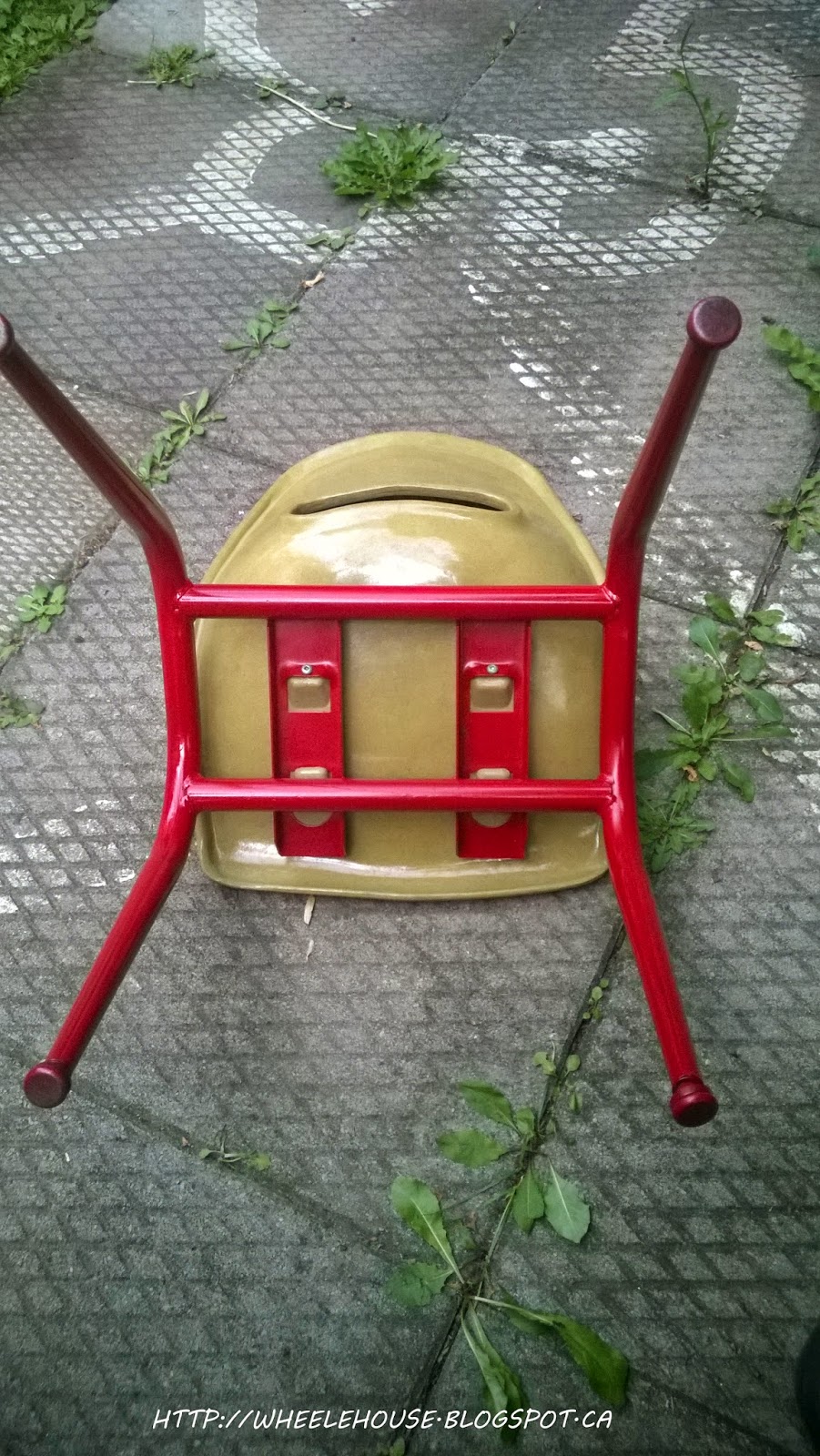 Next, I re-attached the now painted legs to the seat... already looking a million times better. 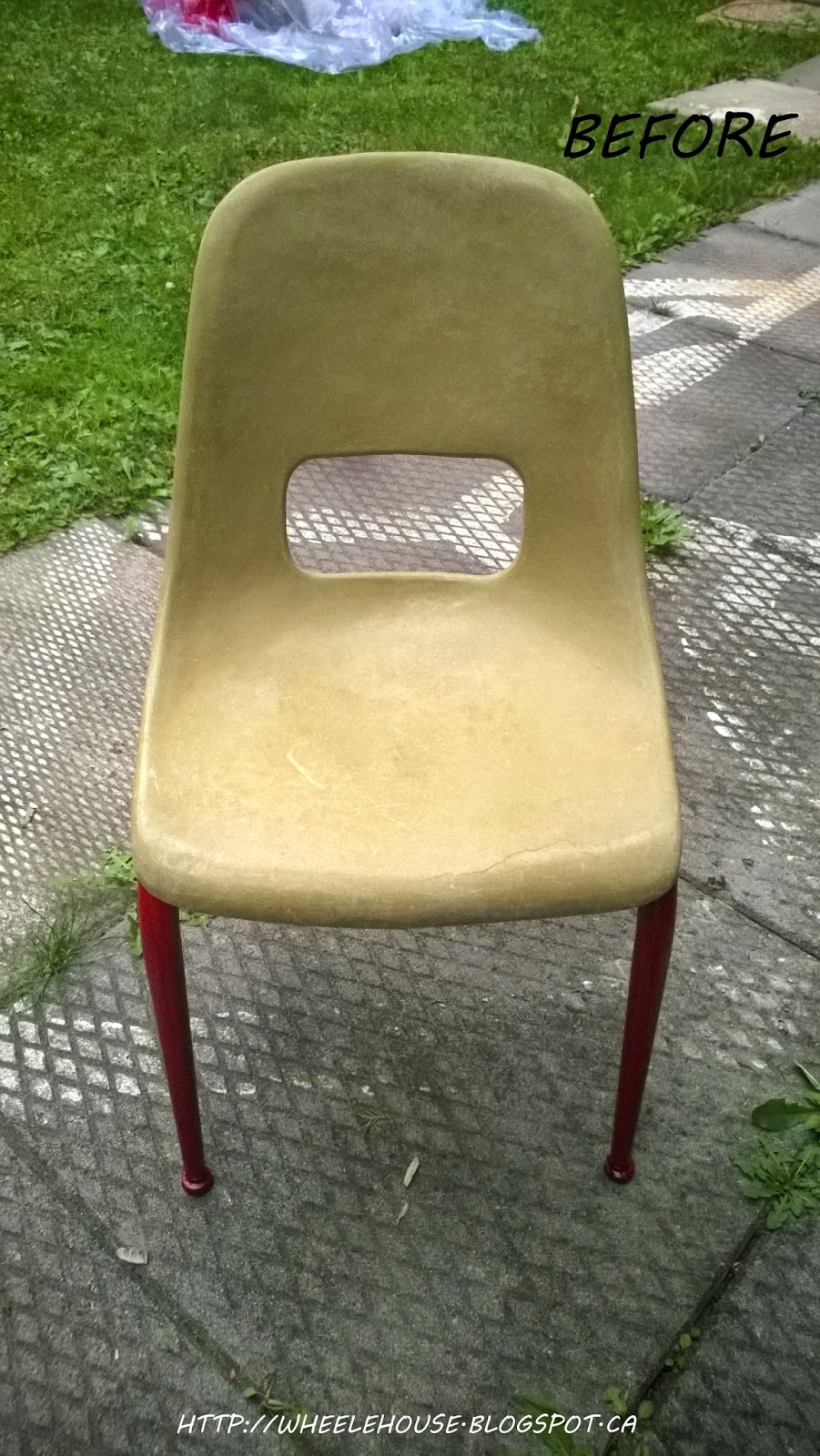 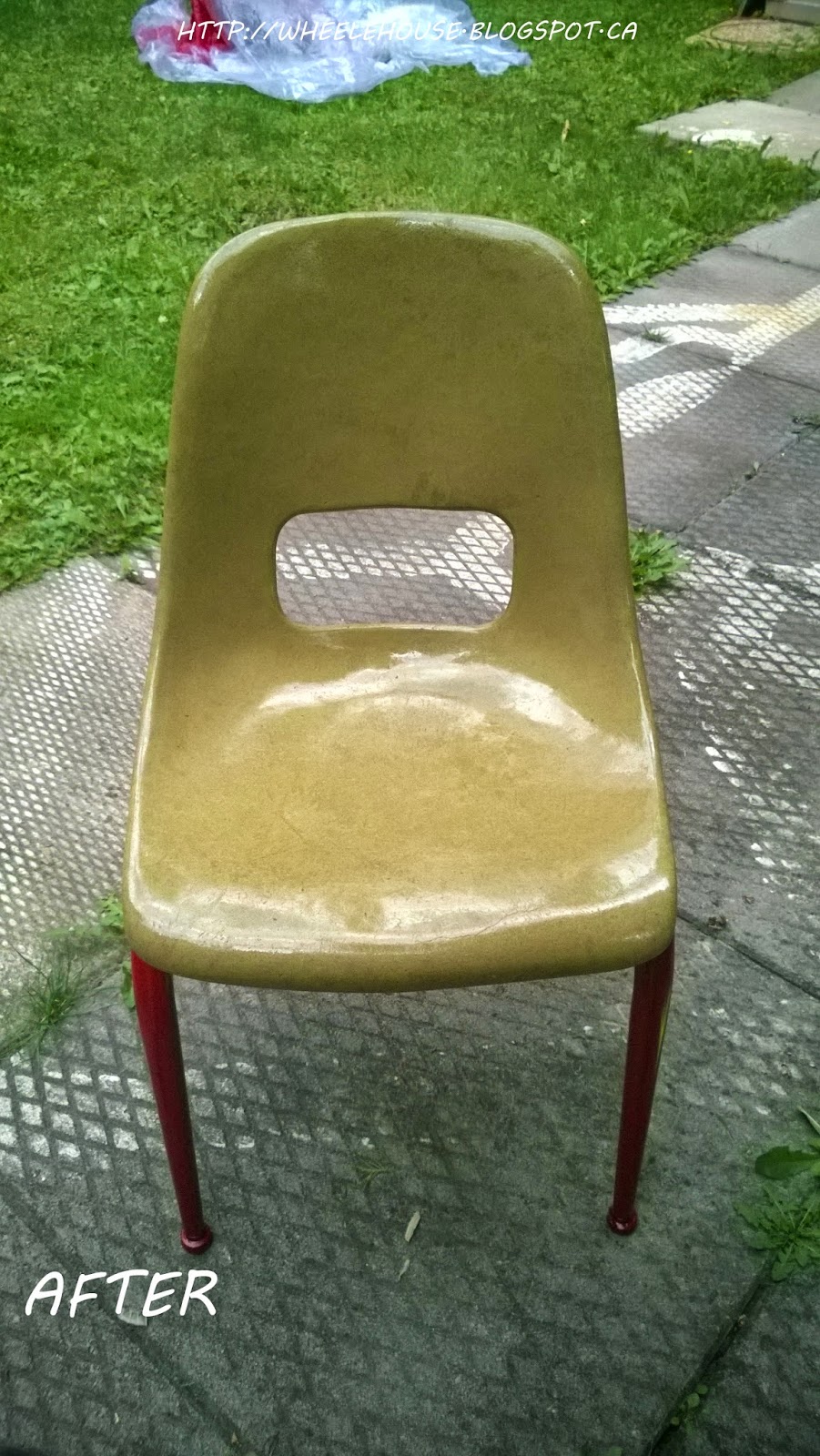 With the chair now upright, I did the seat with Penetrol as well. What a difference!! 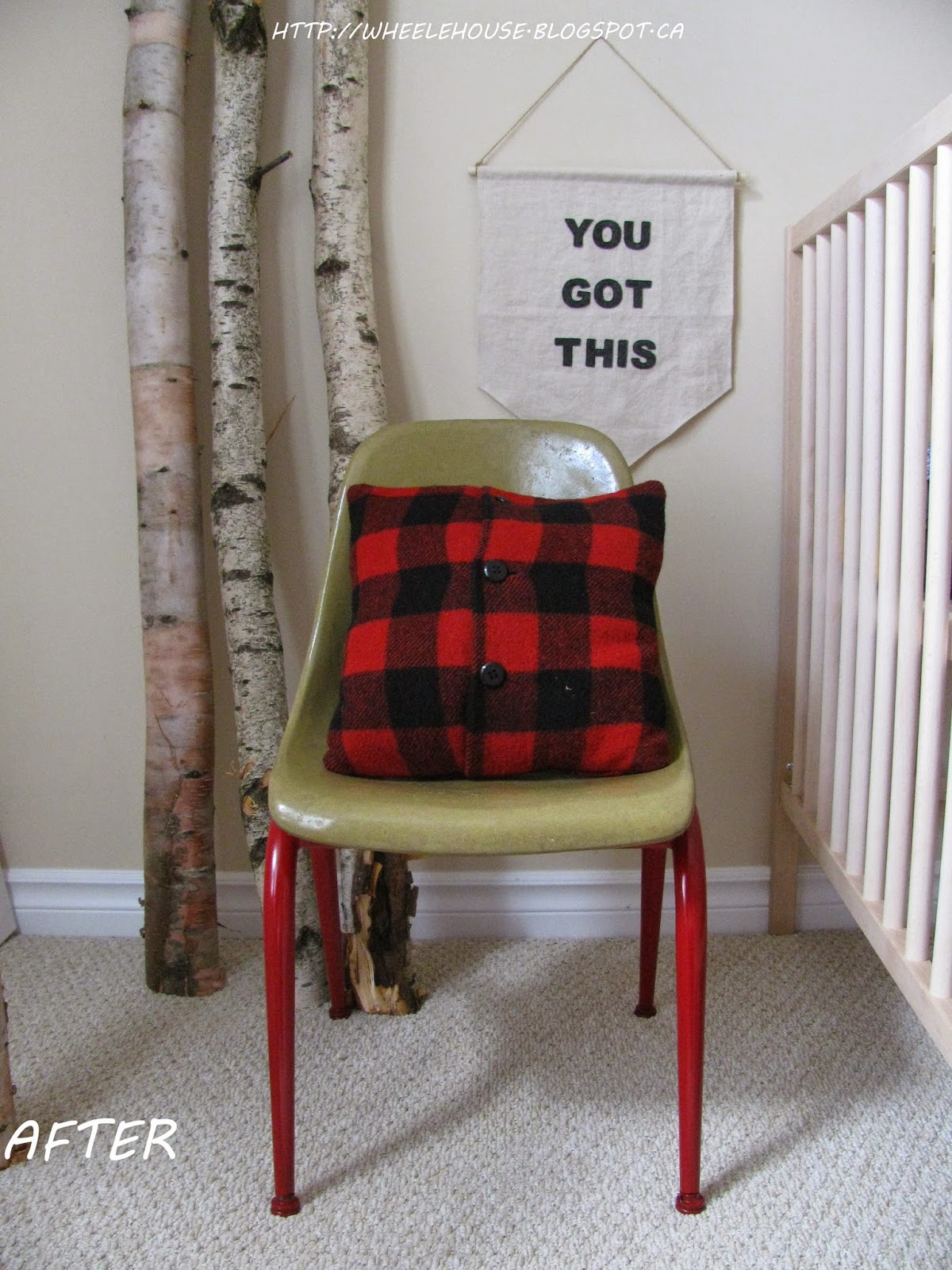 The only step left was to find a spot in the developing nursery for both the chair and the pillow.

As you can see, the birch branches are a story for another time, but if you are interested in the awesome banner, you can get it from my pal at Melting Plastic. She has an Etsy page here!